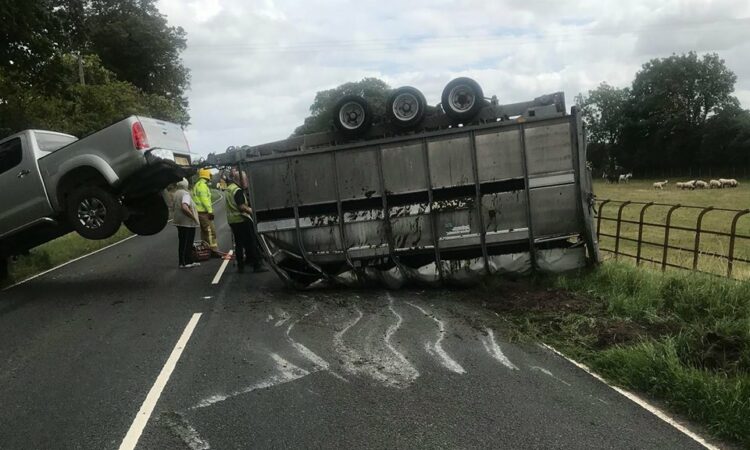 Fire and rescue services were called to the scene of an accident yesterday morning (Wednesday, August 1) in the UK where they cut six cows from an overturned trailer, according to local reports.

According to an article by Carlisle publication the News & Star, the A595 road between Carlisle and Wigton was blocked yesterday morning when the cattle trailer overturned on the road.

Emergency services were called to the scene at approximately 10:30am to free the animals, according to the local publication.

A veterinary inspection was purportedly carried out and the cows were then cut free from the trailer.

The cows were then taken to livestock pens that were a short distance from where the incident happened after they were successfully released from the trailer.

It is not known how the accident occurred; however, a tweet that was posted on the Cumbria Roads Police Twitter page indicated that all the cattle involved in the incident were okay and escaped the ordeal with only “a couple of scratches”.

No information is available on the driver’s condition, however, eyewitnesses of the incident have said the driver appeared to be safe.

The crash happened near the turn-off for Wigton at the Penrith crossroads.

Meanwhile in the Netherlands, an ongoing project has been causing quite a stir in the Dutch city of Rotterdam as the construction of a floating dairy farm is underway.

In a port in Rotterdam, a fully-functioning floating dairy farm operation will soon set sail.

The base of the farm will consist of a concrete floating box of 30m x 40m and will include a cellar for milk production and waste processing, a shop and a visitor centre. 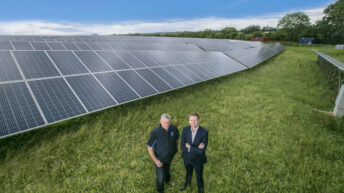