Looking to boost your calves’ growth rates by 15%? 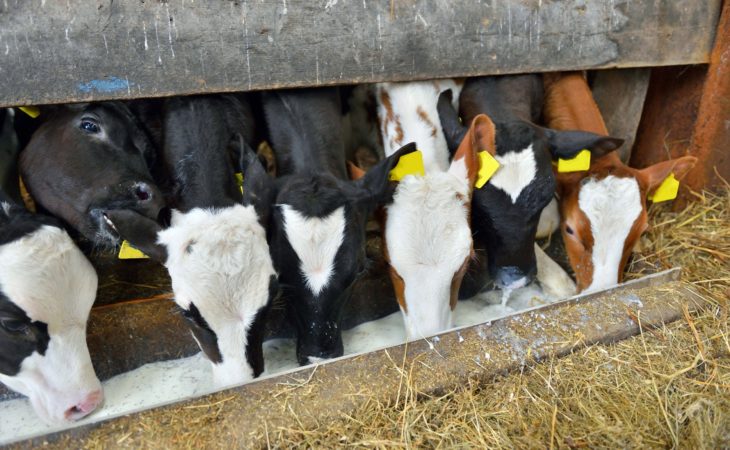 Milkshake, originally formulated in 1987, is an additive of milk or milk replacer to support the health of the calf and aid digestion.

The primary idea was to allow the feeding of whole milk to calves, while also reducing the level of milk scour. It’s not an acidifier – although it does contain organic acids – it’s more of a complete milk balancer.

Traditionally, farmers were using Milkshake with whole milk and were extremely happy with the accelerated growth performance, thrive and overall health of the calf.

In recent years, many farmers have made the switch to milk replacer and have found that by continuing to add Milkshake to the milk replacer, they have also seen the same increased level of performance.

This demonstrates that Milkshake also has a performance benefit for milk replacer used both by bucket feeding or through an automatic feeder, as well as whole milk.

As time progressed, Inform Nutrition developed the product to have other performance-enhancing benefits; these are now the main selling points of Milkshake.

Studies conducted by Teagasc, along with the experience of farmers, have demonstrated that feeding calves milk fortified with Milkshake improved performance.

Overall, Teagasc found that liveweight gain was 15% higher for calves fed Milkshake-fortified milk as opposed to those which were not. This was due to two main factors. 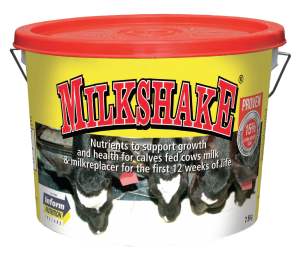 All recent research shows that the more we grow a calf pre-weaning, the more milk that calf will give over her lifetime lactations. By maximising the growth rate of calves, farmers will find that their heifers reach breeding age sooner and have an improved ability to withstand infectious challenges.

Milkshake is fortified with extra minerals, trace elements and anti-diarrhoea factors, which boost the health of the calf and improves growth rates.

It is often assumed that milk is the perfect food. However, in practice, it’s very deficient in many trace elements such as iron, copper, zinc and selenium. These are all included in Milkshake and they also have an effect on calf growth and well-being.

In addition, the prebiotics in Milkshake selectively stimulate the beneficial growth and activity of microbes in the calf’s gut.

One bucket will provide enough for 2,280L of milk. It can be offered from the second feed up until weaning. However, fresh water should always be available.

For the best results, farmers need to follow a number of simple instructions. For dispersion in cow’s milk, add 15g (one scoop) of Milkshake to 500ml of water and then add this to 4.5L of milk.

For use with milk replacer in bucket systems or cold ad-lib systems, add 15g (one scoop) of Milkshake to 5L of milk replacer.