Residents in east Co. Donegal are calling for urgent action from the local authority following a series of incidents where sheep carcasses have been found dumped along a popular hill-walking area.

According to one resident in the vicinity of Castlefinn town, near the Northern Ireland border, six sheep carcasses have been dumped in the Drumdoit area, to the south of the town, since last summer.

Speaking to AgriLand, Anthony Bogle said: “There are skeletal animal carcasses rotting there. Enough is enough.”

However, Bogle said that the individuals responsible for this are not necessarily local farmers.

He highlighted that the frequency of this happening in such close proximity makes it less likely that it was a simple case of sheep getting away from a flock and dying subsequently.

“If this is a local farmer whose sheep got away, that’s one thing; if this is someone coming from miles away to dump the carcasses, that’s a different story,” Bogle argued.

The most recent incident was late last month, February; in that case, Bogle claimed, the carcass had severe injuries.

Advertisement
He couldn’t confirm if the injuries were inflicted by another animal or by some other means; however, he did take a note of its tag.

After a report about this issue appeared in local Donegal media, the carcass was removed from the area, Bogle said.

“The area has become a general dumping spot; we’ve had building materials, tyres and other items dumped there,” he said.

That’s why Bogle is calling on Donegal County Council to take steps to address the issue.

People are thinking that this problem is falling on deaf ears.

He called for signs to be erected in the area to warn away individuals who might be responsible for this, as well as, if possible, cameras to catch them in the act.

“We’re hoping Donegal County Council would do something. There should be signs in that area. Cameras also, though that might be too hopeful,” he said. 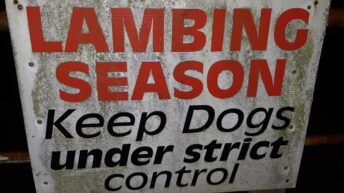