Loader driver in hot water with Gardaí for ‘mobile’ mix-up 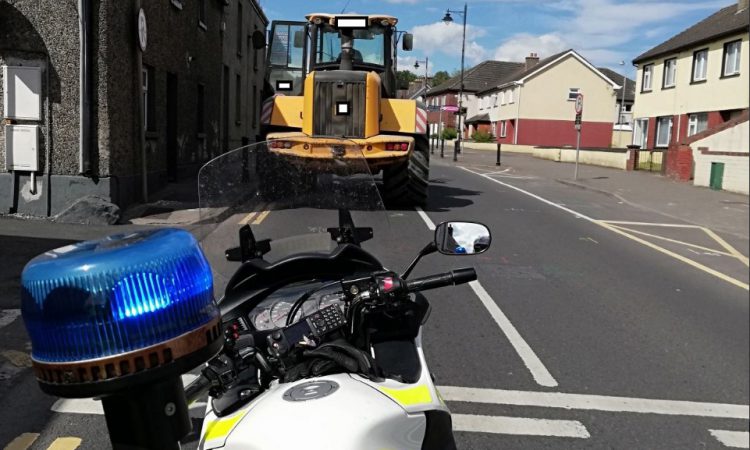 A loader driver was landed in hot water with Gardaí for multiple offences in Co. Meath.

According to Gardaí, the driver drove the wrong way up a one-way street – while also using his mobile phone.

For his trouble, a Fixed Charge Processing System (FCPS) fine was issued.

Taking to Twitter, members of An Garda Síochána noted: “Navan RPU: Driver of this large loader observed driving on one-way street in the wrong direction while using his mobile phone!

Navan RPU: Driver of this large loader observed driving on one way street in the wrong direction while using his mobile phone!

According to the Road Safety Authority (RSA), using a mobile phone makes you four times more likely to crash.

Under Irish law, you can only use your mobile phone while driving if you’re dialling 999 or 112 for an emergency.

If the Gardai charge you, it is a fine of €60 and you will get two penalty points, according to the RSA. If you don’t pay the fine, you may be convicted in court, get four penalty points and charged €2,000.

Considering that driver distraction plays a role in 20-30% of all road collisions, phone use and driving is an issue that everyone needs to think differently about, the authority warns.