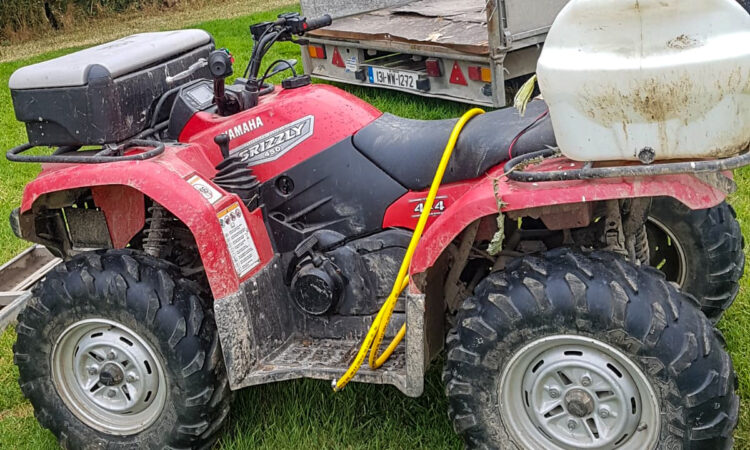 AgriLand received the following letter at 2:20am this morning (July 20) from Cork pig farmer, Thomas Finn.

The father-of-three penned this message while lying in pain in a hospital bed (on day five of Farm Safety Week) where he is recovering from injuries sustained after becoming trapped under a quad bike for 30 minutes earlier this week.

This is his story:

I’m writing this letter in the hope it might help others that might find themselves in the same situation.

My name is Thomas Finn. I’m a pig farm manager and hobby sheep farmer in Mitchelstown. I also hold a bachelor’s degree in engineering. I farm along with my brother-in-law, Philip O’Brien.

On Monday night last (July 16) – day one of Farm Safety Week – I arrived home from the pig farm at about 6:00pm as usual.

I had organised that I would do some routine weed control prior to helping my wife put my kids to bed.

I ate my supper and rushed off on the quad with a 100L standard sprayer on the rear.

I had it filling while eating my supper.

I decided to traverse across a piece of inclined ground whilst making my way to the paddocks I wished to work on. 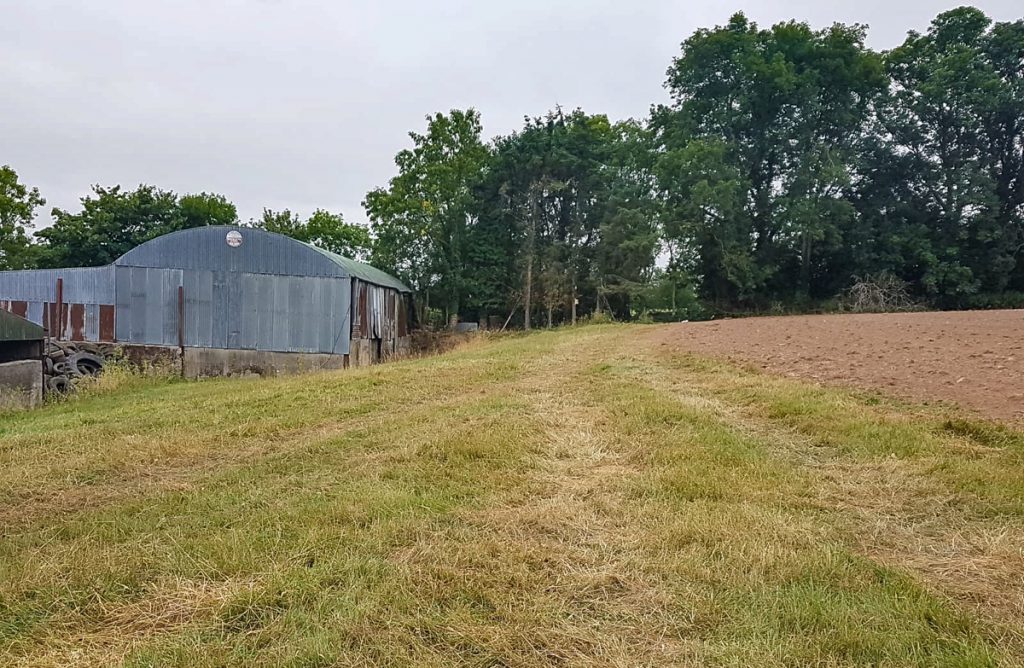 I was not moving that fast when I felt the quad going to one side.

As it turned, I leapt from it. I tried to go in the opposite direction at first, but instinct told me this was impossible – so I ended up jumping a large distance down the same incline as the quad.

As I landed I could hear the quad rolling after me. I moved quick, but I had a sharp pain in my leg.

The incline was not steep initially, but the end was and it was only about 10ft across; it was just a little hill really.

I managed to jump most of the way to the bottom as I came off. But the bike did also and trapped both my legs.

I remember the pain.

I freed one leg; but could not free the other.

I searched my pockets for my phone – which I have on me 99.9% of the time. The phone was not there and the bike was still running – although on its side.

I reached for the petrol isolation switch and turned it off; the bike cut out.

I had severe pain in my left leg – the one that was free. I tried to push the bike from my trapped leg.

It took me at least half an hour to get it off.

I believe accidents are caused

I crawled back up the hill and searched for the phone on my way. I had no luck though.

I had 300m to go to my house you see, so I started to crawl and I found two makeshift crutches on the way.

I eventually made it back and iced my leg right away. 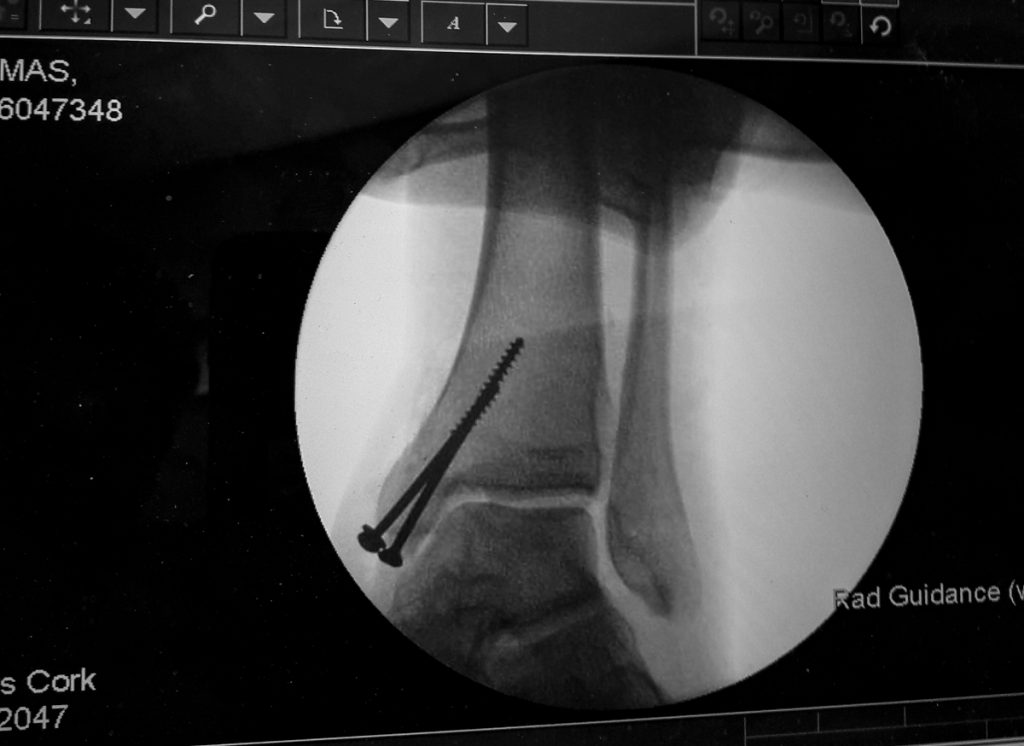 My kids were there and I was very happy to see them again – Elizabeth (5), Norah (2) and Peggy (1), along with my wife Hannah Kate.

I went to the VHI Swift Care Clinic in Mahon. I subsequently had to have an operation on my leg – two screws were set into the bone.

I believe accidents are caused – and I caused this one.

I was rushing. I did not allow for the top-heavy water tank on my quad.

This raised my centre of gravity and gave me little chance on any incline – an incline I should not have attempted in the first place.

I pride myself on farming safely and don’t take chances.

I understand risk assessments and health and safety statements and I am competent in this area.

But – in this case – I did not listen to my own advice and I’ve paid, as what I see, a small price for it.

It might have been a whole other story if I was not as agile and if I was unable to get out from under the quad. Or maybe luck was on my side.

I am a lucky man.

My ankle will be fixed hopefully in a couple of months.

I would like my story to reach as many people with quads as possible. Maybe it will help them be aware of the risks.

I did not lose my phone in the grass as I jumped; I simply did not bring it with me as I was rushing.

My dad also had a farm accident at a young age and lost his arm.

Apologies for the typos, I’m currently lying in hospital with a pain in my leg on day four of Farm Safety Week trying to tell my story.”

Thomas offered his sincere gratitude to all his family, friends and work colleagues for their support over the last five days.

He thanked Dr. Bowler and the team of Bon Secours Hospital Cork; and he also highlighted the value of investing in one’s health and life insurance.

‘I just remember the wheel going over my midriff’