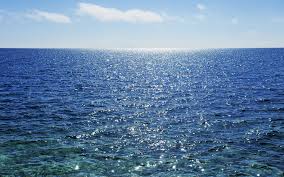 Key mackerel quota talks for the North East Atlantic in under way this week in Cork.  The negotiations are being hosted by Ireland in the National Seafood Centre in Clonakilty, County Cork.

The aim of the negotiations is to try and reach agreement on the sharing arrangements for mackerel between the EU, Norway, Iceland and the Faeroes islands.

The Russian Federation and Greenland will also participate as observers. Up to 70 international delegates are expected in West Cork for the week-long negotiations.

Mackerel is the single most important stock for the Irish fleet and the value of the international mackerel industry has been estimated at €1bn annually to the parties.

In a statement, Agriculture Minister Simon Coveney has stressed the “irresponsible behaviour of both Iceland and the Faeroe Islands” who he said have engaged in unacceptable unilateral fishing of the shared mackerel stock over the past number of years.

“That said, let me be clear, I want an agreement this week, just not at any cost. Iceland and Faeroes are entitled to a fair and justifiable share but any new agreement must also protect the interests of EU member states, such as Ireland,  who have relied on this fishery for more than 40 years,” he said.