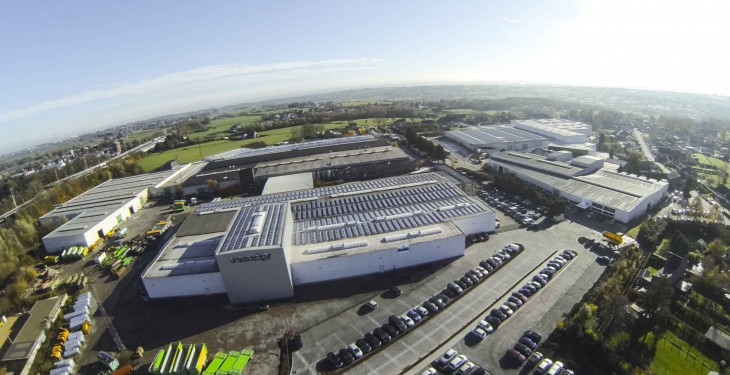 Joskin, the company specialising in material for the transport of agricultural products and spreading of livestock manure, has opened the doors of its new headquarters of production management in Soumange, Belgium.

After a five year investment programme, the company has changed its technical production organisation, it says. It has constructed 45,000m2 of halls on three production sites and installed equipment such as laser cutter tubes with large diameters and it has reorganised its production lines with more spacious areas, it says.

Joskin also says that it has opened a training centre which is put at the disposal of regional professional schools.

Already, Joskin says, it has welcomed more than 150 groups of 15 to 80 people visiting the factory. Events manager of Joskin, Murielle Joskin, said that “the open days in the beginning of this year attracted a lot of Belgian and foreign professional visitors: in total more than 12,000 persons and 15 organised coaches”.

Joskin says that visitors to its manufacturing plant will get a complete understanding of the way machines are manufactured. Visitors can see machines from the beginning of the manufacturing process of the big transport machines until their marketing, passing by all production steps, the services and trainings, it says.

The Joskin Technic Centers are constantly open and groups visiting the production areas will also gain an insight in to the before-sales and after-sales services, the company, which is 30 years old this year, says.