JCB are one of many major machinery companies unveiling its plans at January’s LAMMA machinery show in Peterborough in the UK.

One of the new offerings is the Loadall 516-40 Agri, which JCB says is a telehandler with the size and agility of a skid-steer loader.

Replacing its predecessor (the 515-40 Agri) the new handler will lift 1.6 tonnes to four metres yet measures only 1.56 metres wide and 1.8 metres high.

JCB says some of the new features of the Loadall includes single-lever proportional joystick control for boom and auxiliary functions, new hydrostatic drive transmission among more.

Also featuring at the event is the Farm Master 413S Agri.

According to JCB, this is one of five new or improved full-size wheeled loaders being introduced to the JCB range and featured on AgriLand earlier this year and can be seen here.

JCB says a hydraulics system gives up to 23 per cent more output at 156-litres/min. At the front end, a new High Lift arm option provides six per cent more load-over height than standard to clear high-sided trucks and trailers. 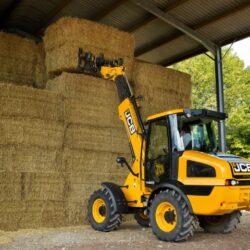 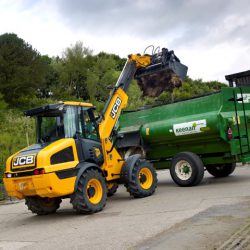 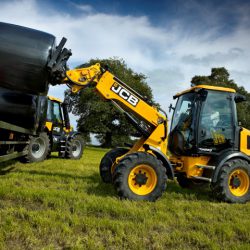 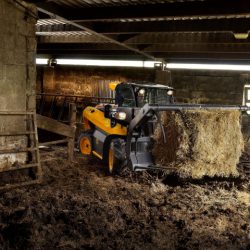 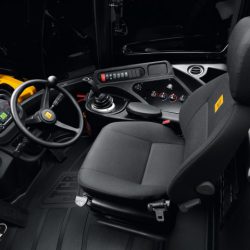 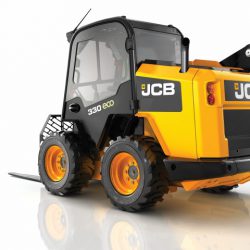 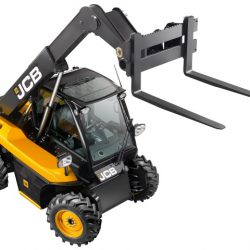 JCB’s skid steer loaders will also make an appearance at LAMMA. It says having installed their Ecomax T4 engine into the larger versions this brings up to nine per cent improvement in fuel economy.

The five models have a lift capacities from just over 1 tonne to almost 1.5 tonne. JCB say a New piston pump hydraulics provide on-demand variable oil flow and pressure compensation to allow efficient simultaneous use of the boom and attachment dump and crowd services.

The new models retain single-boom loading arm and side access door that provides unrivalled visibility and operator safety, according to JCB.

The final machine to be making its debut at LAMMA will be the updated JCB TM220. JCB says with a new engine, improved controls, stability safeguards and more refined hydraulic services, the latest JCB TM220 compact telescopic wheeled loader is even better equipped for a variety of on-farm handling duties.

JCB has installed a new 2.5-litre JCB Diesel by Kohler 2504 TCR engine with they say provides 75hp and 20 per cent more peak torque at lower revs.