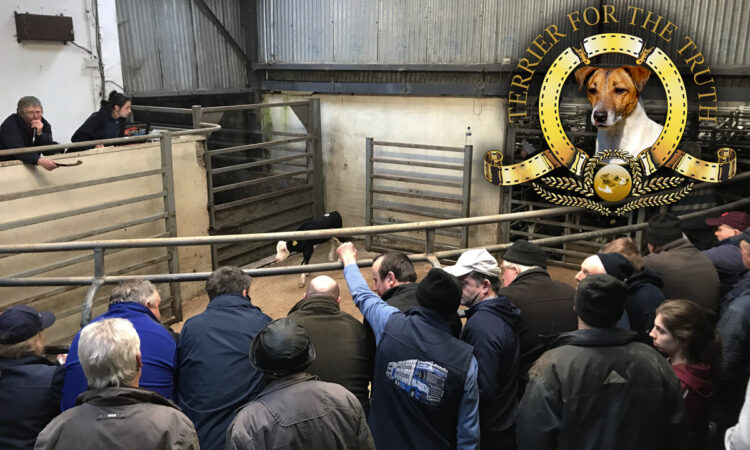 Jack Russell has high personal regard for Michael Creed.

He’s a gentleman in the sense that he’s a ‘gentle man’ and his practical and political grasp of his brief is often underrated by those who mistake his natural mid-Cork modesty and courtesy for uncertainty.

It’s not a mistake that Jack makes; he knows the lads around Macroom very well and Michael is a perfect example of the species – he speaks softly, but he means and measures every syllable.

There was nothing remotely accidental, for instance, about his characterisation of the ridiculous ‘four-movements’ rule as a “private arrangement” between Meat Industry Ireland (MII) and the Irish Farmers’ Association (IFA) in that Valentine’s Day card he sent to Farm Centre on February 14.

Just in case anyone had any doubt about where the blame should lie for that fiasco, Minister Michael told deputy Healy Rae (flatcap, not beardy) that “my department had no role in its design or implementation”.

So, no more than the Terrier for the Truth, Minister Michael knows how to bite when the occasion demands.

The occasion of the European Investment Bank announcing that it is launching a €1 billion loan fund specifically targeting young farmers is most definitely one of those times when he should be biting and barking for all he’s worth.

Forget about racy novels or films, if it’s fifty shades of grey you’re after then sit in the back row of a farmers’ meeting and check out the thinning thatches in front of you.

For the minister to content himself with observing that the “real challenge” is attempting to convince young people that they can make a ”comparable living” with their peers in other jobs, is to veer dangerously close to adding insult to injury.

Exactly whose fault is it that young people contemplating a future in farming have to accept that they will not make a comparable living with their peers working in other sectors?

For decades, successive governments have stood by in dumb complicit silence while the cheap food policy promoted by retail corporations passed the cost of the massive subsidies and promotions involved back to the farmers.

Does anyone in their right mind with any knowledge of Irish retailers imagine that those outfits are taking the hit when milk or vegetables are offered as so-called ‘loss-leaders’?

Who do you think is subsiding the cost of those ‘special offers’?

You are. And you have been for decades.

Michael Creed is a decent and knowledgeable man. But the real challenge for farmers is to make the kind of politicians who trot out trite remarks about the “real challenges” involved in getting young people to go farming to accept that – in exactly the same way as it is for every other occupation – it’s all about the income.

The real challenge that Jack Russell wants to see Minister Michael take up is the one around getting our retailers to accept that everyone in the supply chain has to make a margin and a living. 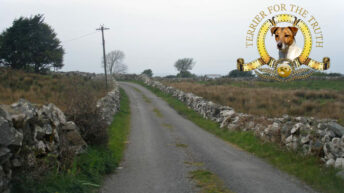 Jack Russell: NBP – it’s as broad as it is long