‘It’s business as usual for us’ – sheep shearer Karol Devaney 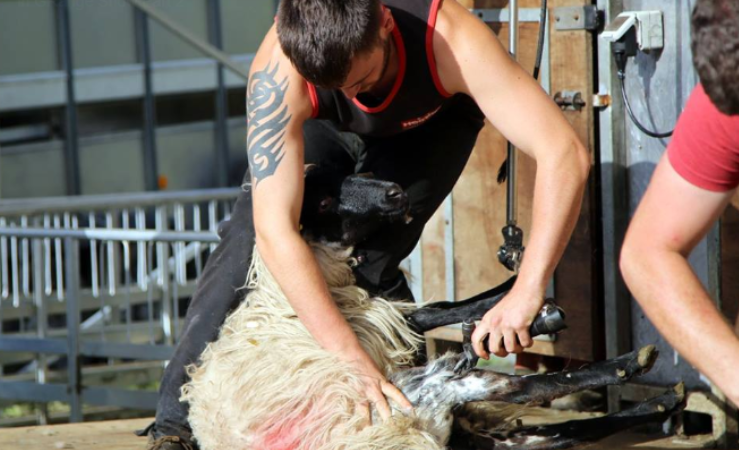 The shearing season kicked off earlier than what might have been expected for Sligo native Karol Devaney.

Karol, who arrived back home after a stint down under in Australia, has been on the road since late April shearing sheep – predominately around the Sligo area.

He had to cut short his travel plans due to the outbreak of Covid-19; however, he feels that everything has worked out well, as it has given himself the chance to come home and help out his family, in what will be a busy few months for the Devaneys.

Speaking to AgriLand about how the shearing season is going and the impact Covid-19 will have on it, Karol explained: “My first job of the season was on April 23, which is a lot earlier than when we would usually start.

“The reason for the early start is mainly due to the sheer workload we are facing into – especially over the next few weeks.

“Under normal circumstances, we would usually hire help for the shearing season. A lot of seasonal workers come over from Australia and New Zealand like I did a couple of months back when I moved down to Australia.

However, due to Covid-19, those seasonal workers won’t be able to get over to Ireland, which is just going to increase the workload for us and make the season that bit longer.

“So, to make life a small bit easier, I hit the road early and got a couple of flocks done so that we don’t have a massive build-up of customers at peak time.

“Day-by-day I have been knocking off a couple of names off the list. Farmers will ring you when the weather is good and that has been the case so far.”

One problem Karol has noticed while out and about shearing so far, is that the wool is quite sticky, which is making the task of shearing that bit more difficult.

He added: “I have found over the years that ewes that are only a couple of weeks lambed down – say three or four weeks – are much harder or ‘stickier’ to shear than ewes who lambed down early in the year, in January or February.

“So, as I said, farmers who saw the good weather, said they would chance to shear their ewes that only have lambs that are three weeks old.

I wouldn’t be a fan of doing this personally because if the nights are cold or the weather turned bad, the energy the ewes would normally use for milk production would be turned away and used to keep them warm.

“This, in turn, has a negative impact on both the ewes and their lambs. If possible, I would advise farmers to hold off shearing their late-lambing ewes until later in the year.

“The task of shearing them is harder as well; the wool doesn’t come off as easily, which just delays the whole job.”

As mentioned already, the Devaneys would normally hire in help for the shearing season; however, this year, it will be down to themselves to get the work done.

Karol said: “This year, it is going to be more of a family operation, as everyone is at home from school and college.

The seasonal workers that would normally come over are going to be a huge loss. However, like everyone else we are just going to have to adjust.

“Despite the extra workload and longer season, I couldn’t be more grateful to be able to go out every day and go about my work.

“The only way Covid-19 is affecting our work is by not being able to hire in help. Either from that, as long as we keep our distance from the farmers, it’s business as usual for us.” 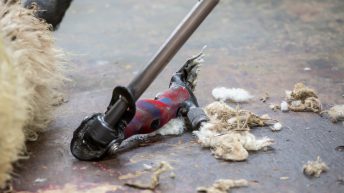 Farmers facing the possibility of having to subsidise all shearing costs