There was an increase of 9.2% in milk production levels year-on-year on Irish dairy farms in 2017, according to the latest figures from the Central Statistics Office (CSO).

A total of 7,268 million litres of milk were produced on dairy farms in the Republic of Ireland between January and December of the year just gone.

This rounded out a year where only two months recorded decreases – January (down 4.6%) and February (down 7.8%) – in milk production compared to 2016.

Comparing the December 2017 milk produce figures with those from the corresponding month in the previous year shows that total milk sold for human consumption increased by 0.5% to 44.3 million litres.

Meanwhile, with the calving season currently underway on many dairy farms across the country, farmers are anxious that a replacement vessel be found to carry live export trucks from Ireland to the continent as soon as possible.

The Stena Horizon is set to go into dry dock for maintenance for a number of weeks during the calving season.

Efforts have been made to identify a replacement vessel; but, as yet, there has been no confirmation of a ferry to take over from the Stena Horizon.

A spokesperson for the Department of Agriculture, Food and the Marine told AgriLand that: “The department is continuing to actively engage with Stena and other ferry companies to explore all options in relation to the issue of alternative arrangements for livestock transport during the period when the Stena Horizon is unavailable.

This engagement will continue this week and beyond. Stakeholders will be informed when there is any definitive developments in relation to this issue.

It is hoped that an announcement on a replacement vessel will be made in the very near future. 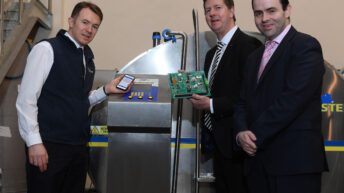