COMMENT: A comparison of official Department of Agriculture data highlights the evolution of livestock farming in Ireland over the past decade.

Between 2002 and 2012 the number of beef and dairy livestock herds in Ireland have declined by over four and half thousand herds to 107,308 registered herds in 2012. A deeper analysis of this data highlights some interesting trends.

Every year the Department of Agriculture publishes statistical data on calf births by on the basis of bull sire. Comparing Calf births in 2012 to those of 2002 we see:

Dairy gains at the expense of beef

A clear winner in over the decade has been the greater number of calf births to dairy sires over those of beef. Much of this decline in calf numbers to beef sires can be explained by the movement of dairy farmers away from cross breed beef to dairy bulls.

Comparing Department of Agriculture numbers for 2012 and 2007, we see an increase of over 200,000 calf births to dairy breeds within the dairy cow herd. During the same time period the number of dairy cows calving beef calves from the top five beef breeds has declined by more than 147 thousand.

Munster and Leinster post strong gains here. In 2002, 33 per cent of calf births in Munster were to a dairy sire. This has jumped to 45 per cent in 2012. The largest changes were seen in the counties of Cork, Tipperary and Waterford, see supporting graphs attached.

In fact Cork is now the only county in the Republic of Ireland where births to a dairy bull exceed those of a beef breed.

In Leinster the largest shift towards dairy sires was seen in counties Kilkenny and Wexford. A marginal move towards using dairy breeds was seen in the Ulster counties of Cavan, Monaghan and Donegal. Connacht sees virtually no change over the past decade with 90 per cent of calves born continuing to be beef sired. That said, Co Mayo experienced a decline of more than 2,100 dairy calves per annum in 2012 compared with 2002. This decline was off-set by a net gain of almost 2,300 dairy bred calves per annum in Co Galway. 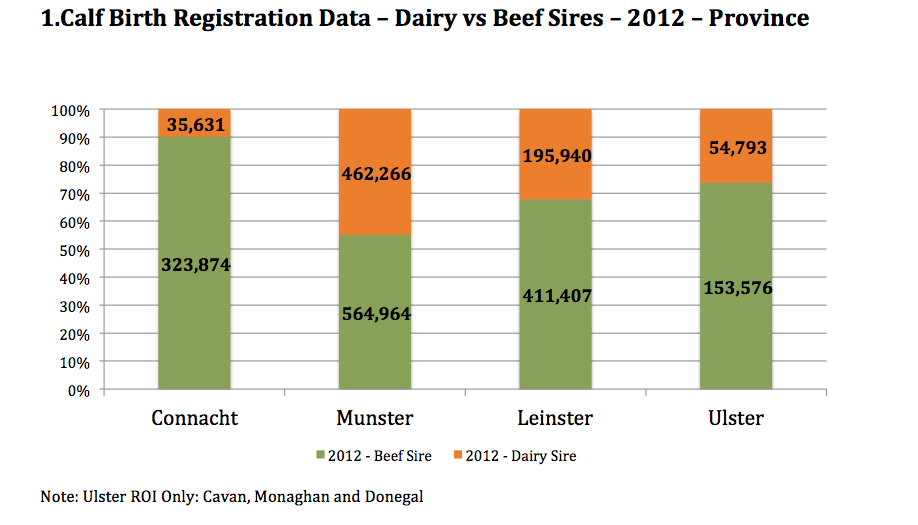 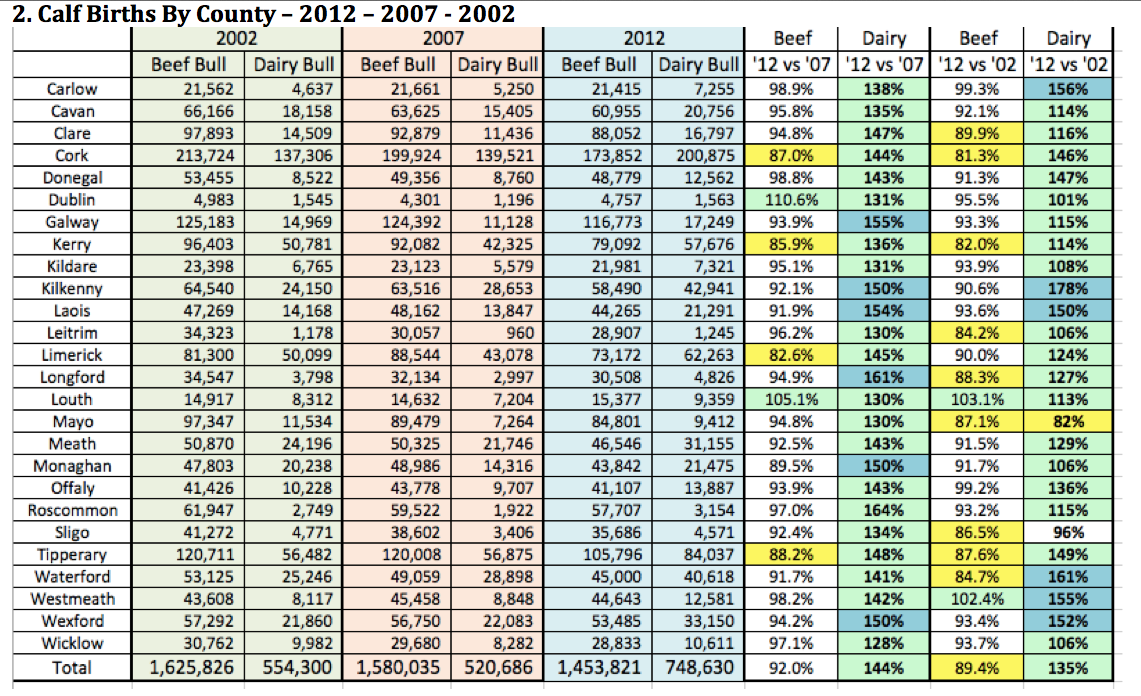 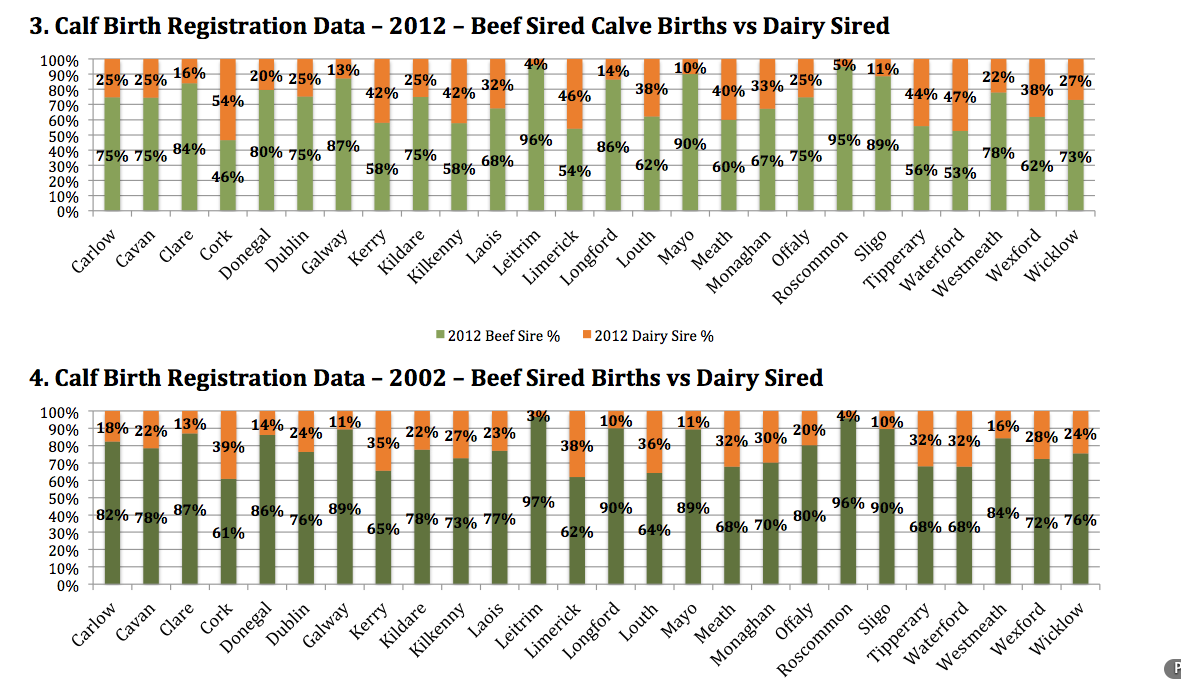