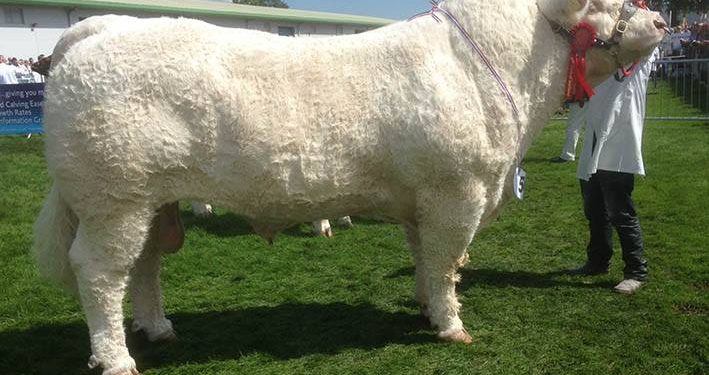 The bull bred Josephine Sugrue from Co. Kilkenny was crowned the Best Bull in the Charolais section of the show on Thursday.

According to the Irish Charolais Society’s Nevan McKiernan, Kilbline 1 Instigator was the senior male champion at the Premier Charolais Show and Sale in Elphin in March 2015.

The Breed Development Officer also said that the son of Oscar was purchased by the Irvine’s for their Inverlochy herd in Ballindalloch, Scotland.

Advertisement
So far this year, the Irish-bred bull has won numerous titles for the Irvine family, including the Nairn, Keith, Turrif, Dryman and Grantown shows.

Another Irish Charolais bull had some success at the Royal Highland Show held on the outskirts of Scotland’s capital city.

McKiernan said that Dereskit Ferando was bred by Basil Bothwell, Co. Cavan and was sold as the champion of the Christmas Cracker show and sell in Carrick-on-Shannon in 2011.