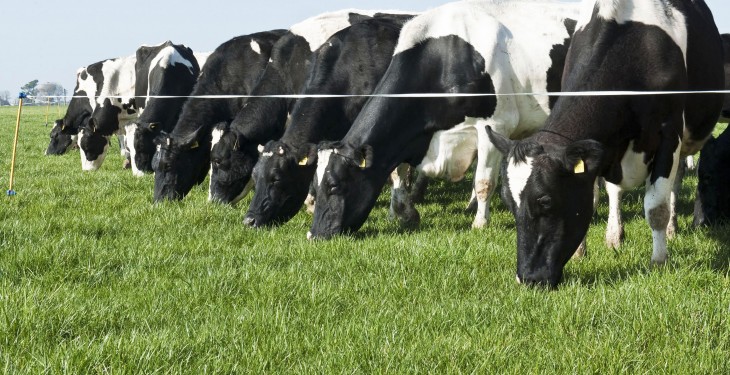 The total volume of milk supplies up to the end of September 2013, taking into account the relevant butterfat adjustment, leave Ireland 0.42 per cent over quota – the first time our supply has exceeded quota this year.

Minister for Agriculture Simon Coveney made the announcement this afternoon.

“While we avoided a superlevy last year, largely due to the challenging weather conditions, the country did finish the 2011/12 milk quota year at 1.05 per cent over quota and this cost the farmers who were responsible for this over supply some €16m in superlevy payment.  The surge in milk production over the recent months is a reminder of the risk that the country could incur another milk superlevy at the end of the current quota year and this could have very serious financial consequences for affected farmers.”

Minister Coveney has  stressed that against this background it remains critically important that individual milk producers continue to manage their enterprises having regard to the quota situation until the expiry of the milk quota regime on the 31 of March 2015.

Milk producers should also note that the final 0.75 per cent quota increase was applied on the 1 April 2013 and that no further quota increases are planned for the final year of the quota regime.

Minister Coveney added while he now accepted the policy of the government and the sector was to expand in the period post 2015, the EU quota rules must be applied fully up to the expiry date.