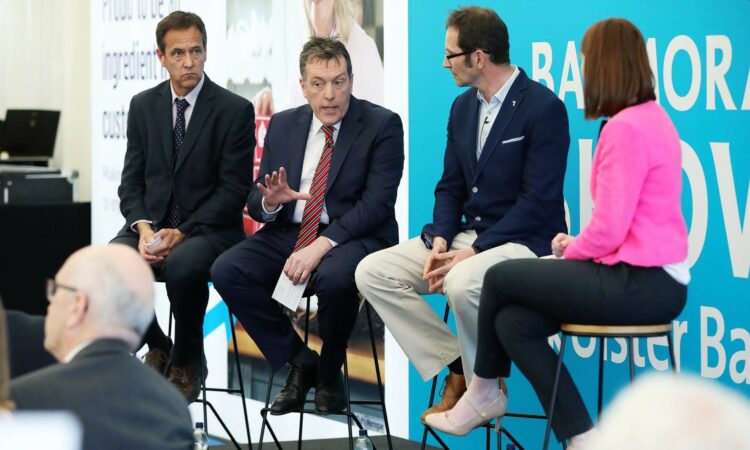 The managing director of one of the region’s biggest meat processors has called for Northern Ireland to have its own overseas marketing body for local food.

George Mullan, ABP Northern Ireland managing director, was speaking at Balmoral Show’s flagship corporate event – the Ulster Bank lunch – as part of a panel when he said that not enough was being done to promote the region’s food and drink abroad.

Mullan said: “As an industry, we don’t do enough to get information out there – the virtues of eating meat and the value of the healthy side of things.

“I tend to look upon it as a ‘flexitarian’ situation – there has to be an acceptance that people are not going to eat meat seven days a week.

Many people already do fish on Friday, for example. It’s nothing new – it’s a trend.

However, for Keeling, trendy plant-based diets had led to increases in berry sales for the firm and in that regard had been a boost for the firm’s suppliers.

He explained that Bord Bia had helped Keelings reach new markets, with Mullan adding that it was time for a body with similar resources and gusto north of the border.

“We are in a situation where we are facing the uncertainty of Brexit and talking about challenging ourselves to go out and export further afield. [As an industry] we need to do those things in order to get the best return back to the producers,” Mullan said.

“In order to do that, we need to get a marketing body set up in Northern Ireland. There are great examples of marketing bodies in Scotland and Ireland – how they work and how they get access to markets and we should take a leaf out of their book.

“Northern Ireland certainly has world-class products and a proper marketing body could pick up those smaller, bespoke companies as well as the larger companies – a rising tide lifts all boats.

New and emerging international markets are driving demand for food and drink products and our collective voice needs to be heard.

Ulster Bank’s Cormac McKervey added: “There’s Dairy UK, Food NI and LMC – they’re all doing their bit but it’s just whether that could be stepped up.”

He explained that the world was becoming a much smaller, more connected place with many farmers able to use technology to complete normally time-consuming business tasks.

“In a very short space of time, I have seen a big shift to digital among farmers,” he said.

“I’ll go round to farmers’ houses and they’ll be able to do everything online or through apps on their phone – they’ll be registering calves online and they’re all banking online – it’s incredible. People want it.

“They are time poor, and if we don’t provide a service they’ll go elsewhere. It’s very simple.” 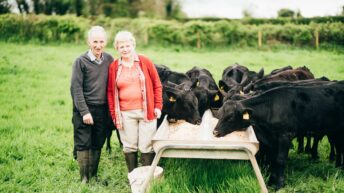