The Irish Cattle and Sheep Farmers’ Association (ICSA) has become the latest farm organisation to reveal its list of demands for the next government, in its manifesto for General Election 2020.

The manifesto document addresses several areas in agriculture, divided into the different sectors and the most pressing topics.

On the Common Agricultural Policy (CAP), Brexit and international trade, the association is calling on the next government to ensure a fully-funded CAP; oppose the EU-Mercosur trade agreement; and work with the EU to get a tariff-free trade deal with the UK after Brexit.

The ICSA is also demanding a new agri-environment scheme “to reward participants more than the current GLAS [Green, Low-Carbon, Agri-Environment Scheme]”; as well as targeted CAP payments for cattle, sheep and tillage; and higher CAP payments for more extensive farmers – e.g, in the cattle and sheep sectors – and no further payments for those who do not produce any goods.

The ICSA’s manifesto outlines several points of action in the area of climate change policies – primarily calling for the recognition of sequestration, mitigation strategies, anaerobic digestion and biofuels.

The association is also asking for “strong opposition to misleading campaigns” against meat and dairy products, which the ICSA says is based on “biased health and climate narratives”.

The association also opposes any compulsory cut in livestock numbers.

Other key measures in relation to the climate and environment that the ICSA is calling for include:

For the suckler and beef sectors, there are several points contained in the manifesto, including: full government support for live exports; seeking protected geographic indication (PGI) status for Irish suckler beef; and a new Beef Data and Genomics Programme (BDGP) based on breeding “quality beef, export-grade weanlings and valuable cows”.

In terms of issues relating to schemes and payments, the ICSA is also calling for a new Beef Exceptional Aid Measure [BEAM] scheme; removing in-spec requirements which are not justified by market research; and reforming the grid.

On more political-type issues, the association is demanding the appointment of a regulator to audit the beef supply chain, and an examination of the Competition and Consumer Protection Commission (CCPC).

The main stand out point in the ICSA’s manifesto with regard to this sector is the establishment of a Sheep Taskforce, as well as a new Sheep Welfare Scheme with double the current payment rates.

As well as that scheme, the association is calling for a BEAM-type scheme for the sheep sector, and the establishment of a “wool board” to make shearing profitable.

Some of the other key points of the ICSA’s election manifesto include: 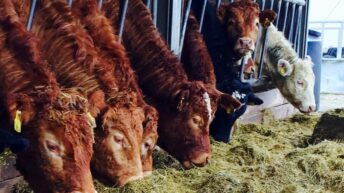