The outgoing European Commissioner for Agriculture and Rural Development, Phil Hogan, recently spoke about his nomination to the EU Commission’s powerful trade portfolio.

After holding down the EU’s agriculture brief for the last five years – where the Kilkenny native has spearheaded reform of the Common Agricultural Policy (CAP), delivered an EU directive banning unfair trading practices in the food-supply chain, and played a key role in political agreement being reached on the EU-Mercosur trade deal – he is now looking forward to the challenge ahead.

“I always seem to inherit a job when things are not going too well. It’s kind of been my natural pattern in politics over 45 years.

I’m somebody who likes to do things because I’ve discovered of course, that when you do things you get into trouble – if you do nothing you get into no trouble.

“When I was minister for the environment, community and local government [2011 to 2014] I did a lot of things.

“Some people didn’t like it, but I would ask anybody to look back on my record as minister for the environment and see what has changed since – very little.

“People that gave out about what I was doing at the time actually have embraced it since. I have the notes,” jested Hogan at the recent Agricultural Science Association (ASA) conference in his home county.

The Fine Gael incumbent, who will replace Swedish politician Cecilia Malmström as Trade Commissioner, pinpointed his priorities for next five years – a period when he could potentially lead EU trade negotiations with the UK post-Brexit, if and when the UK departs the bloc.

He also outlined his global trading aspirations with China, particularly in terms of beef exports, whilst also warning that the US will continue to insist that agricultural products be included in any fledgling future EU-US trade talks.

For now, the commissioner is of the view that the EU will grant an extension to the October 31 Brexit deadline, if it’s requested.

He believes such an ask is more likely, given MPs’ recent vote to back a bill aimed at blocking a no-deal Brexit at the end of next month.

“Recent events in London have given cause for a little bit of optimism – so far as we can have optimism about what happen in the houses of parliament, or indeed in the British government.

“The actions by a certain section of the Conservative Party to block a no-deal scenario has proved the likelihood of a further Brexit extension and will most likely push a UK general election into November this year.”

Although UK markets reacted strongly to this vote, with the pound rising in response, ultimately Hogan says “there are still no clear pathways” towards finding a solution from the point of view of the UK.

If they ask for an extension in the context of an election, I expect that the other 27 member states will grant that extension – but we’ve a bit to go yet.

“There is a possibility that Mr. Johnson [UK Prime Minister Boris Johnson] may wish to seriously engage with the EU and come forward with proposals to break this impasse. We are waiting for those proposals.

“Deadlines usually concentrate the mind. On all previous occasions there was always movement close to deadline. I hope it will be the same on this occasion and that we will see genuine proposals brought forward that are legally operable and will meet the principles of what we have in the withdrawal agreement. 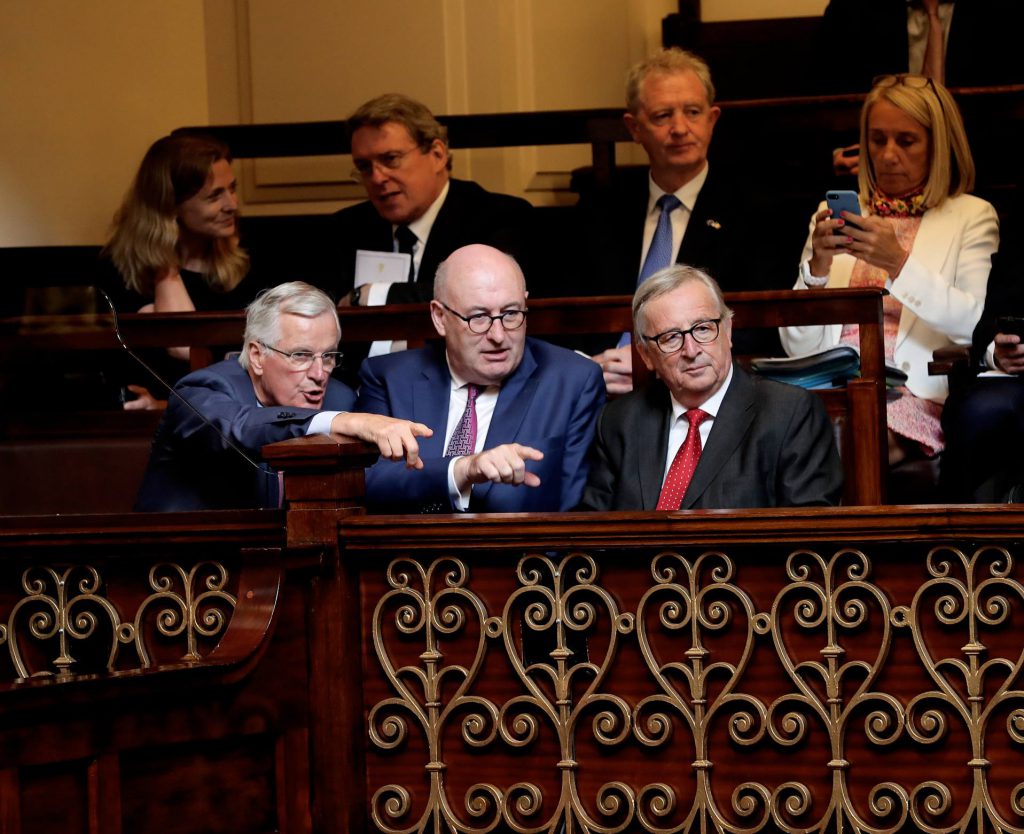 “We are not going to engage in a blame game at this stage, we are ready and willing to look at constructive proposals to find a solution,” said the commissioner, also pointing out that if a UK general election comes to pass it could lead to a second Brexit referendum.”

He reiterated the EU’s long-held message that it remains in “absolute and unweavering” solidarity with Ireland.

“Whatever happens, pragmatic solutions will be found to support Ireland – and particularly the agri-food economy on the island.

“We have made all of the legislative preparations and all the planning is in place since last March. No stone will be left unturned,” he said.

On the issue of the EU’s Multiannual Financial Framework (MFF) 2021-2027, Hogan highlighted that 23 member states are now prepared to put more money into the pot.

However, the decision of upping national member state contributions must be unanimous in order to reach agreement on the budget.

“We have spent tortuous hours trying to reach agreement on the next MFF and the ball is now firmly in the court of the European member states and the European Parliament.

“Further discussion will be had in October at the European Council, but it has been allowed to drag on for far too long.

“Our member states, our economies and our people need to know how much money will be available so they can begin to plan for the future.

On the future of the Common Agricultural Policy (CAP) post-2020, Hogan anticipates that political agreement will be reached by the end of the year.

The reform focuses on nine common objectives of the European Union in relation to agriculture: three economic; three environmental; and three social.

The aim is that these objectives will be achieved through “modification and simplification” whereby the policy moves from strictly based on compliance and rules, to a performance and results based approach – aimed at simplifying the process for member state administrations and farmers. 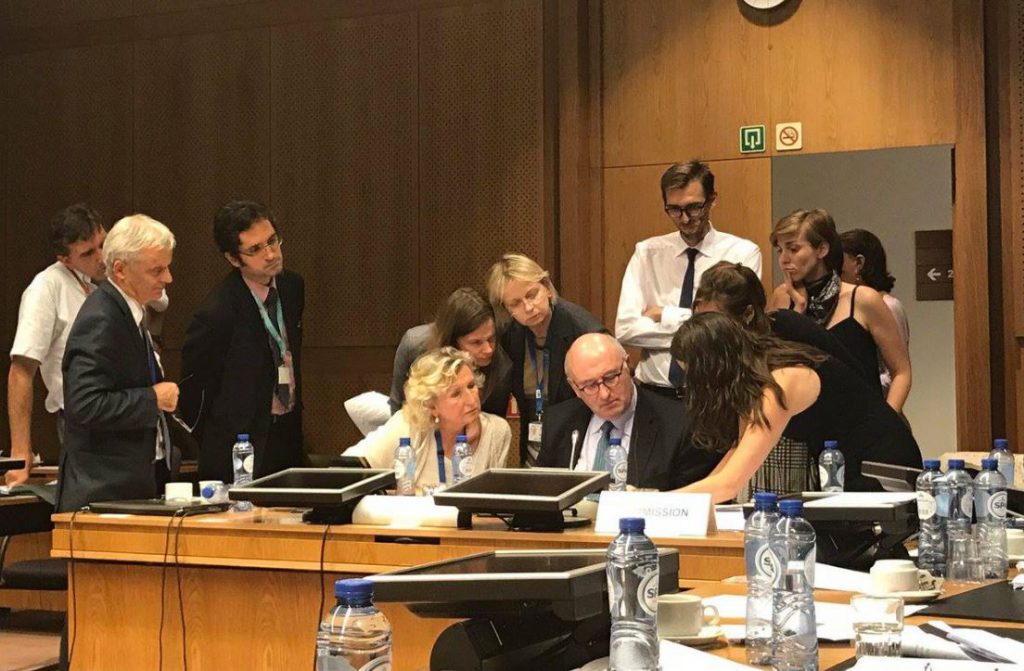 “We are trying to achieve a fairer, more targeted distribution of payments. We are supporting young farmers through generational renewable programmes, better incentives and soft loans.

“The EU has made an ambitious agreement to reduce greenhouse gas emissions and this has resulted in a robust 2030 legislative climate and energy framework to which all sectors of the economy – including agriculture – have to play their part.”

Although agriculture accounts for 10% of greenhouse gas emissions across the EU, in Ireland the figure is 33%.

“The sooner we embrace this agenda, the sooner we will be leaders in Ireland and in Europe in making sure that we continue to be able to champion the issues of sustainability in the market place,” he said.

Turning to trade and exports, Hogan spoke frankly about EU-US relations, whilst also singling out China as a trade target for his upcoming tenure.

“The US treats the EU at the moment as an enemy of the people, a security risk in relation to many issues – especially around trade.

“Were it not for European Commission President Jean-Claude Juncker having to do the business with US President Donald Trump last year, agriculture would be centrally involved in negotiations that are ongoing at the moment – but agriculture is excluded. 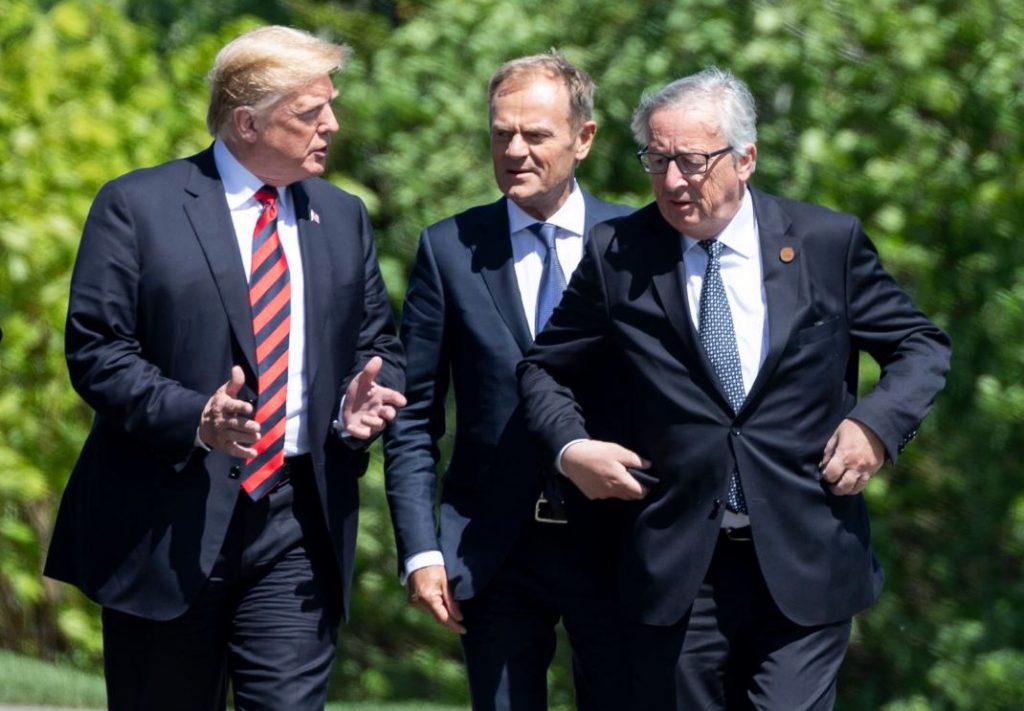 “There will be pressure for agriculture to be part of the US-EU negotiations at some stage in the future and we have to be ready for that.

“We have thrown them a little bit of a bone in the last four or five weeks, hopefully that will keep Mr Trump happy for a few months and we have a little bit extra on beef.

“It keeps the EU from having a trade war on beef and that would be something that you wouldn’t wish for with the US – when they do go to war with something they don’t mind what is in front of them – in hurling terms, they go straight for the goal; they don’t go down the wings.

“We would prefer to be working with the US to deal with the issues that are important to be tackled in terms of the Chinese agenda, but this is the way it is politically at the moment, maybe it will change.”

He also intends to push for the reformation of the World Trade Organisation (WTO).

“If we don’t have enforcement of those rules in the WTO, well then there is no point in doing trade arrangements or trade deals, you have to have a referee to make difficult decisions.”

He says the EU’s immediate trade focus “must be on China”.

There is a 10 million tonne deficit in protein in China, we have eight million tonnes of beef being produced in Europe so this is our target, it has to be China.

“If we can produce 650,000t or 700,000t of beef and if we can get some of that offloaded into China in 2019, that will be a big step in the right direction for balancing demand and supply at a time when the consumption of beef in the EU is going down – especially among young people around the issue of climate.

“There may be some misinformation from time to time on health issues in relation to red meat, but this is the new reality.

“So we have a fight on our hands. But we look forward to working together to matching that fight wherever it will be in order to deal with the difficult issues,” he said.

Reflecting on his time in the EU’s agriculture brief, the commissioner says he has always strived to improve the position of the farmer in the food chain.

“I have given certainly a strong message over the last five years that the farmer should be part of the solution. 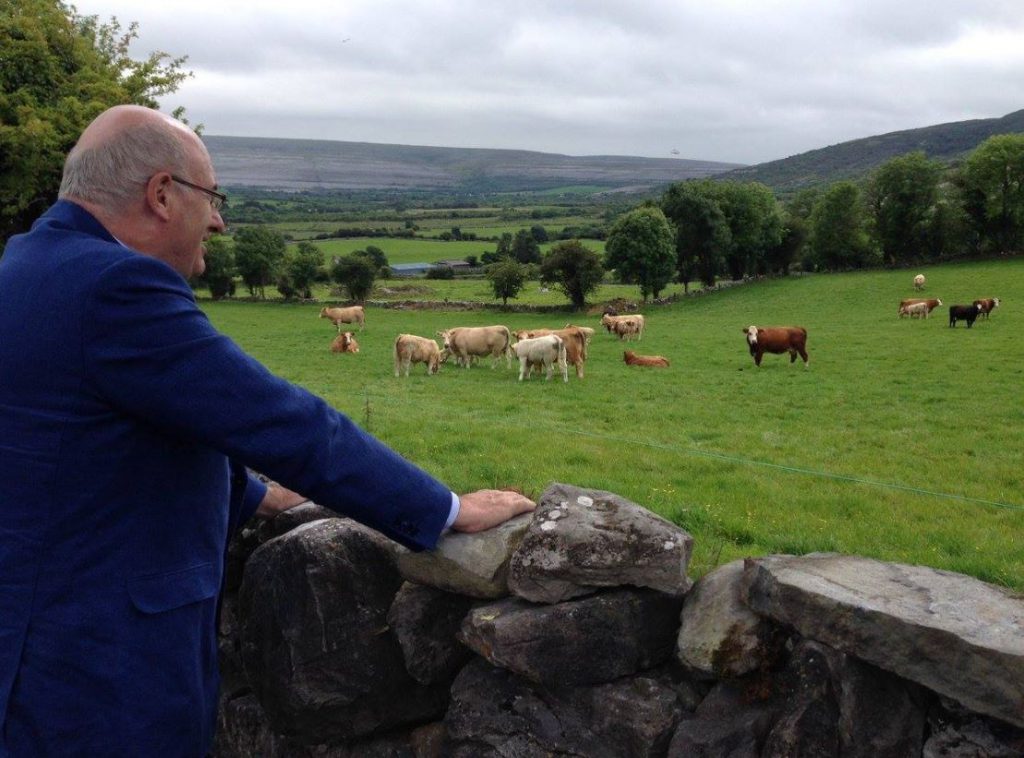 “And certainly in the new job – if I’m successful in getting through – I guarantee and ensure you that I will continue to be very much engaged with Irish farmers and the Irish agri-food sector and, in future, the Irish industrial and pharmaceutical sectors that will be looking for my time.

“It’s a wonderful opportunity and I believe over the next five years we will be able to see that we were in the right place at the right time to do the deal and do the business and to give calmness to the trade of the world – particularly between the EU and our friends in the US and the UK,” he said.