How this Co. Monaghan dairy farmer lowered his SCC by 300,000 cells/ml in just 3 weeks 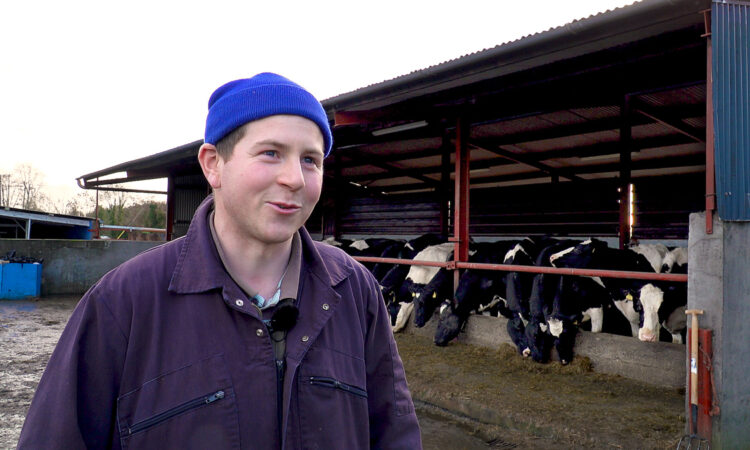 A dairy farmer in Inniskeen, Co. Monaghan, Gavin Courtney milks a herd of 60 predominately British Friesian cows under a spring and autumn-calving system.

In autumn, approximately 20% of the herd calves down, with the remaining cows calving in the springtime.

Gavin operates a grass-based system and aims to have all calved cows out to grass as early as possible in spring. This depends on weather conditions and the level of grass available on the farm.

While the dairy operation is the main enterprise on the holding, Gavin also introduces a Limousin bull to clean up during the breeding season and finishes a number of heifers and bullocks on the farm.

Heifers are finished at 22-26 months, while the bullocks are slaughtered aged 26-27 months. Currently, Gavin is milking approximately 24 cows with a further five cows to be dried off in the near future. 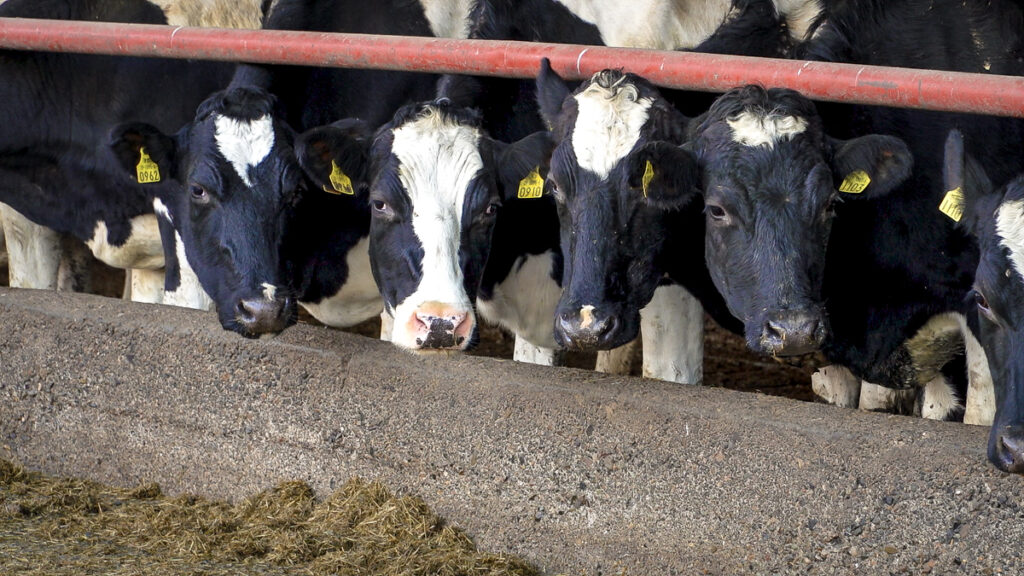 The bulk of the spring calving will take place in February and March and the Monaghan-based farmer aims to have all cows calved by mid-to-late March.

For the majority of the time, Gavin is the only labour unit on the farm, but he also has help from his uncle, Martin, at the busy times of the year.

Gavin was faced with tackling an increasing somatic cell count (SCC) which was spiraling out of control. However, after learning about Saber SCC, Gavin achieved instant results.

“My cell count was gone up over 350,000 and it was costing me money. I was looking one day on Facebook and I just happened to come across the Saber units.

“It was starting to become a big problem; I had a lot of mastitis in the springtime and I couldn’t get to the bottom of it. I had high cows that I thought weren’t high at all and ones that never had mastitis that had a high cell count,” he added.

Initially, Gavin had concerns whether the units would work in his parlour, as there are no milk jars located on each unit; however, the Saber units work on the pipes so this was not an issue.

“I rang to inquire the next day and I decided I’d fit them. And – straight away – I thought they were a great job. Before I installed them, the cell count was 355,000 and within three weeks it was down to 55,000.

“I started eliminating cows that were lighting up red and amber. It means a lot that I’m able to identify the problem straight away.

“It’s handy because it tells me there and then that I have a problem and I can take action straight away if a cow’s cell count is high.

“When you put the clusters on the cows, the lights on the unit light up white. Within two minutes it takes a reading. If they were lighting up green that indicates that the cell count is under 200,000,” the Monaghan man explained. 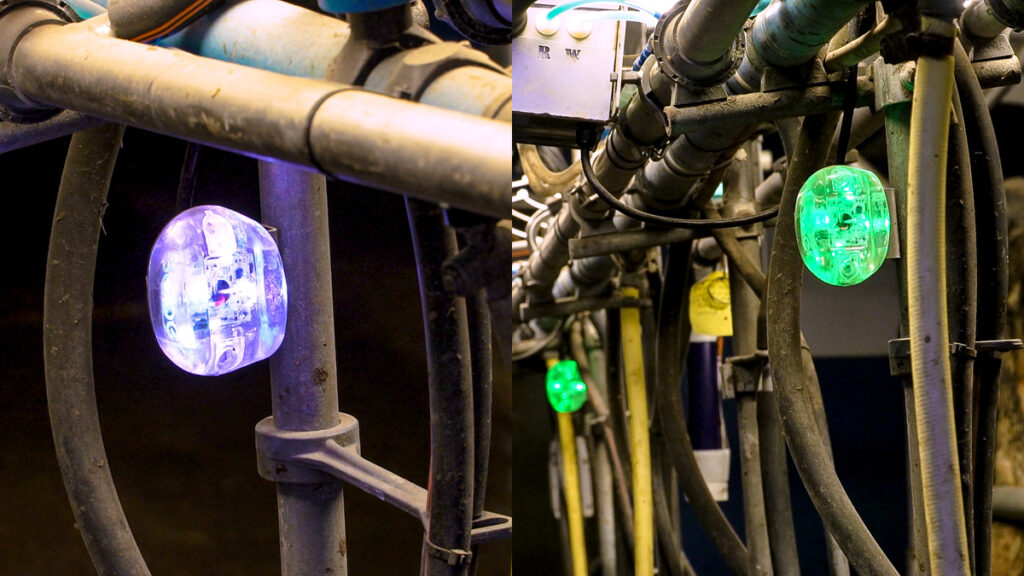 Since installing the four Saber SCC units in his parlour, Gavin has witnessed a massive reduction in SCC and it’s currently running at just 25,000 cells/ml.

Dealing With The Problem

When a problem cow has been identified by the system lighting amber or red, Gavin takes immediate action.

“If they had mastitis I would tube them and apply the Uddermint cream. This cream is handy because there is no withdrawal.

“I would keep applying this cream morning and evening for a few days. This keeps the swelling down and it would be well down within a few days,” he explained.

Strict hygiene practices are also implemented on the farm. When cows are housed, cubicles are swept down morning and evening, while lime is also spread on the mats. Cows’ teat are also washed and dried before milking. 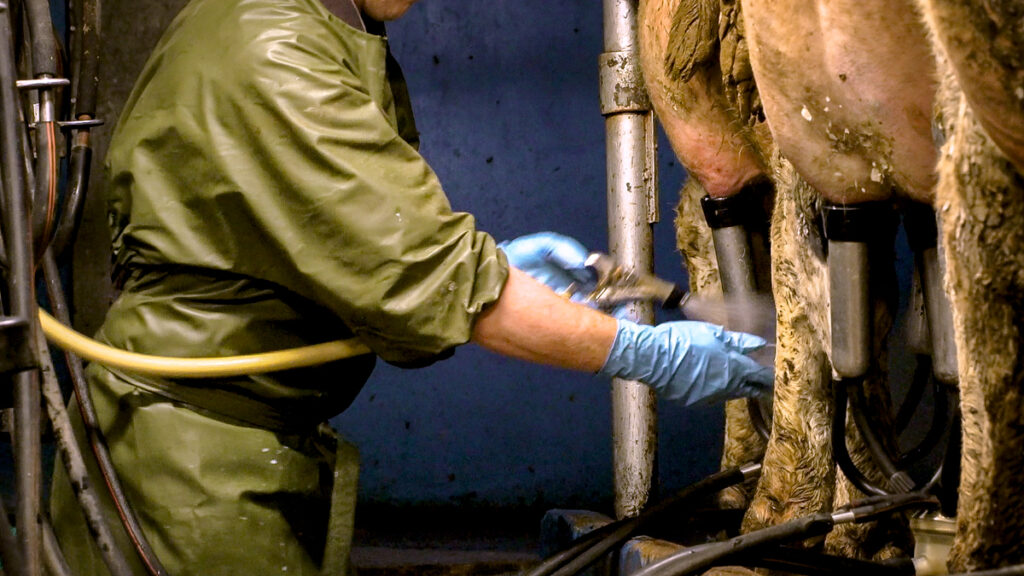 Crediting the system for helping him to tackle high SCC levels on his farm, he said: “I think the Saber units are a great job; it was the only way to get to the bottom of it.

“Overall, I would recommend the Saber units to any dairy farmer; I think they are a great job and I’m very happy with them and I would have put them in years ago if I had known about them. 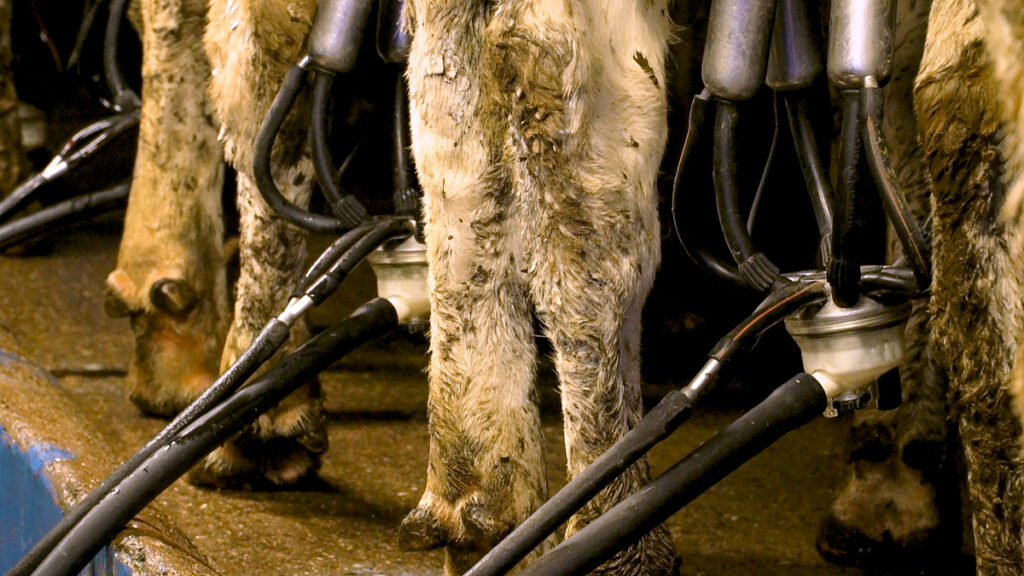 “It’s very handy to have in the winter months because you could have more mastitis problems because cows are inside and they could get mastitis quicker,” he concluded.