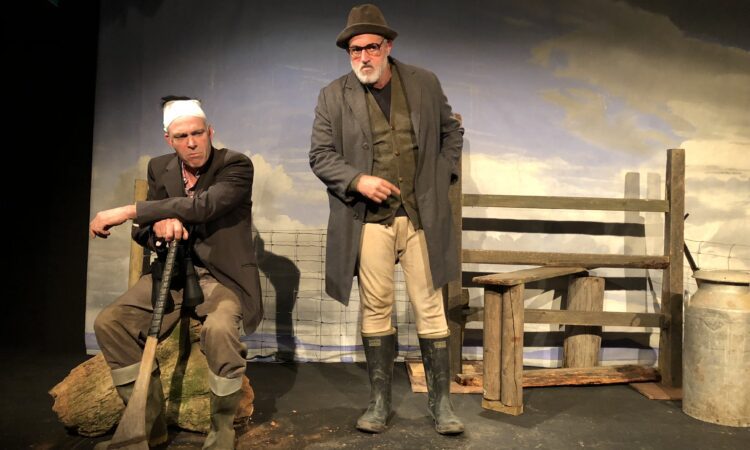 A Louth dairy farmer realised his dream of putting on a play about rural isolation, thanks to the support of his wingman Baz Ashmawy, as part of a new television series which kicked off on RTE One on Sunday night last (April 28).

Jimmy Byrne from Togher had a long-held dream of staging the play ‘The Quiet Land’ by Malachy McKenna. Featuring Eamon and Nashee, old friends; old rivals; and old neighbours, it puts the spotlight on two ageing lonely farmers who meet at a gate between their farms.

With Baz as his mentor and wingman in wellies, Jimmy, who admitted to his own sense of ‘head-wrecking’ isolation, was determined to put on the two-man show, despite not having any experience.

While milking the cows one day, he heard through local radio about Baz’s quest to help people fulfil their lost dreams. Jimmy was chosen to feature in the first episode and Baz moved to Togher for three-and-a-half weeks.

It was a huge undertaking for Jimmy to learn his lines and rehearse after long days on his farm but he managed to rope Baz in to help with the jobs, despite his array of unsuitable footwear.

There were blips along the way, with Jimmy sometimes late for rehearsals, fluffing his lines and suffering a lack of confidence. Despite all the uncertainty, the play was a triumph, attracting a big turnout in the local community.

While Jimmy had ruminated that ‘there is no happy ending’, he – not alone – got to overcome the obstacles to stage his play, with a little help from his wingman and Peter Reid, the theatre director, but also found a friend in Baz.

Next on their agenda, it was reported, was a trip together to Take That as Jimmy was keen to see support act Rick Astley, ticking yet another box on his wish-list. 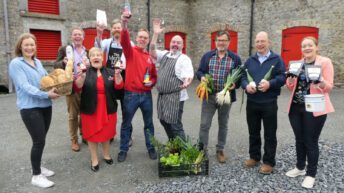