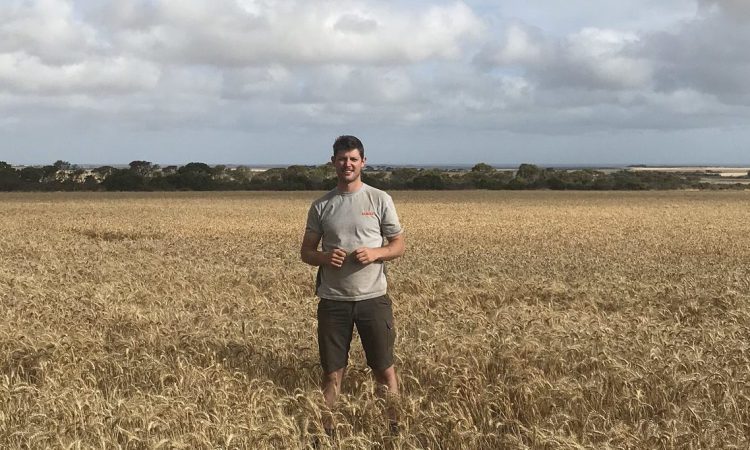 It might have taken a whole lot of paperwork, nearly 30 hours of wearing a face mask along with a police escort but, for a west Cork agricultural technician, it was deemed worth it to end up in Australia to work on the 2020 harvest.

From his hotel room in Perth on day two of his quarantine, Andrew Shorten told AgriLand, in this three-part series, the details of his journey to Australia during the middle of a global pandemic – everything from leaving his job, recruiting a buddy to travel with him, several Covid-19 tests and realising just how valuable his qualifications are…

“I packed in my job on Friday, was in Dublin Airport for 6:00am on Saturday for a flight and I’m now quarantining for 14 days in a hotel in Perth,” the 26-year-old explained.

The farm is that of Arkle Farms – and according to Shorten, it is on track for a good harvest this year, hoping to harvest approximately 42,000t of grain. However, this isn’t unfamiliar territory for him as he worked there last year too.

“I’m from a dairy farm in west Cork; my family is all back at home milking cows and when I left school, I went to Pallaskenry Agricultural College for two years and did an agricultural machinery course that was in conjunction with LIT [Limerick Institute of Technology],” he continued.

“After that, I worked in McCarthy Plant and Agri Sales in Co. Cork, working as a service engineer for just over four years.”

Following on from that, Shorten got a job offer from CLAAS UK and he went to England to work there, where he has been for the last two years as a tractor technical specialist.

Through his work there, he met a businessman who had taken over properties in Western Australia and was buying machinery for work on the land. This spurred Shorten to travel to Australia last year. 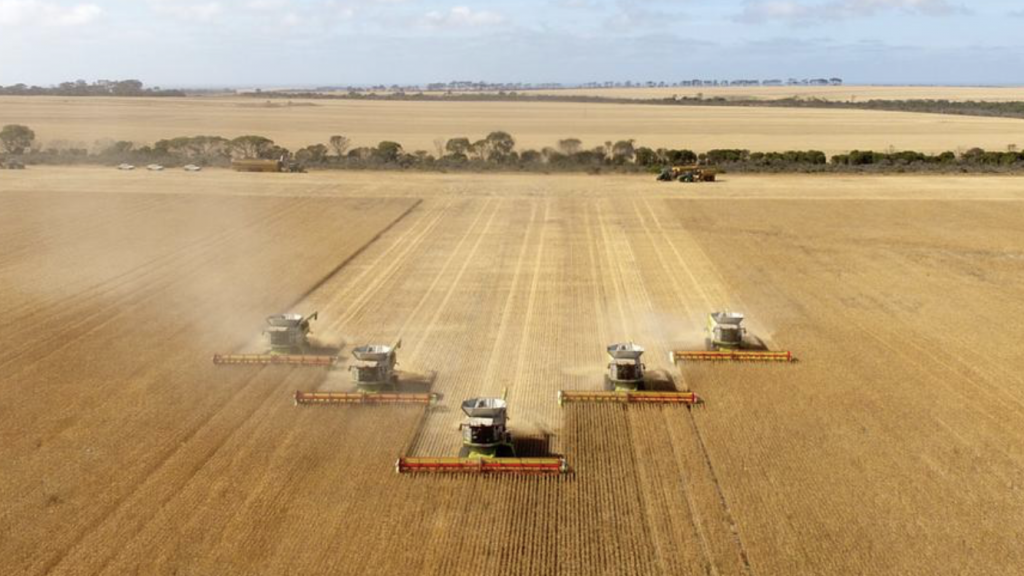 When he went ‘down under’ that first time, he was working for CLAAS. He was there for four months during the harvest, setting up machines and then at the end of January 2020, he returned to his job in England.

“First week back was in the office, second week was spent in the factory in France and a few weeks later the pandemic hit,” Shorten continued.

He then returned to Ireland and worked remotely temporarily. However, he did not have any intentions to return to England, despite enjoying his job.

‘Before, I wondered why I would need any qualification…’

While he was in Ireland, he had been in touch with Arkle Farms in Australia and found it was having issues – it had bought two more combine harvesters and taken over a second farm and needed more staff.

The farm has a lot more to harvest compared to the year before and it couldn’t get any more overseas staff due to the pandemic, according to Shorten.

Shorten was asked if he could return to Oz to train the staff the farm had taken on within Australia. From there, he found what he needed to do and went about applying for a travel exemption.

“The borders are closed in Australia, so the only way in if you’re not a citizen is to have a travel exemption,” Shorten said.

For anyone with a skill that is deemed ‘critical’, a travel exemption may be granted.

Non-citizens with critical skills or working in a critical sector in Australia, or a non-citizen sponsored by an employer to work in Australia in an occupation on the Priority Migration Skilled Occupation List may be granted an exemption.

“In my case, the critical skill list includes agricultural technology and food production.

“Being a mechanic and going to work on training staff and fixing combine harvesters, I was able to apply.”

Shorten said he had seven or eight men from Ireland who had been willing to go with him to work, but they could not get a travel exemption as they did not meet the criteria for having a critical skill.

It made me think about how before, I wondered why I would need any qualification – that you could do my job without it. This was the first time the actual qualifications felt useful.

“There was a guy, Adam Power, a mechanic that was working in the CLAAS dealership in Carrigtwohill where I previously was and he was talking about going as well, but he couldn’t go because of the travel restrictions and the borders being closed.”

Shorten suggested to him that they apply for exemptions together and that Shorten would get him a job.

They were granted the exemptions and the next step was getting a ‘G2G Pass’.

Now that the exemptions were granted, flights booked and jobs awaited them…all that was left for Shorten and Power to do was to embark on their journey ‘down under’. Stay tuned to AgriLand for the second in our three-part series about the value of agricultural skills in Australia. 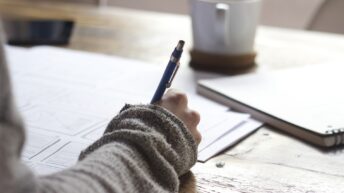