Hogan reiterates that there will be no change to superlevy rules 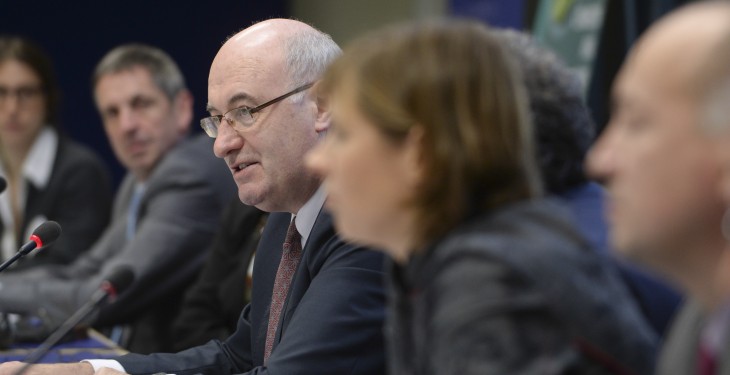 There will be no change in the superlevy rules, European Commissioner for Agriculture Phil Hogan has reiterated.

He said there is now evidence in all Member States that that is happening in a substantial way.

“Producers are heeding the advice that they are getting from Member States to reduce production and the amount of superlevy they will have to pay after the March 31, 2015

“People now realise that we were serious when we say there will be no change in the rules, he said.

The Commissioner said the rules are there and they are there since 2008.

He also said the situation will be accessed again at the March council meeting when the Commission has the most up to date information at that stage on milk production.

According to Commissioner, milk prices are holding up remarkable well.

He said that this is in spite indications from some by some Member States some months ago that we were into a crisis in milk production.

The average milk price from the end of 2014 was 32c/L, he said. Furthermore, he pointed to the recent global dairy auctions which he said, has indicated a substantial increase in the price paid for butter and some increase for skimmed milk powder.

“Even though people are genuinely worried particularly producers over what will happen in the post milk quota era.”