European Commissioner for Agriculture and Rural Development, Phil Hogan, has outlined what he called the “new green architecture’ of the proposed reforms to the Common Agricultural Policy (CAP) after 2020, saying the new policy will ensure “farming has a future”.

According to Commissioner Hogan, the plans are designed to address the issues of climate change, natural resources and biodiversity, which, the former TD claimed, would “ensure viability on our farms”.

I can assure you that without delivering on sustainability, we will have big issues defending our agriculture budget. I firmly believe that the European Commission’s proposal is a game changer in relation to delivering greater performance and better results in the climate, environment and sustainability agenda.

Commissioner Hogan outlined how the individual countries of the EU would take more of a hand in setting environmental targets as part of the revised CAP, saying he would be expecting “responsible and ambitious target setting from member states”.

This, he contended, was to allow for more “flexibility” for farmers:

I hear people asking for more flexibility for farmers to deliver. I understand that you have a sense that the current system, with all its flaws, represents a good compromise. I assure you, this sense that we should give more flexibility to farmers is exactly what lies behind this move to more subsidiarity.

The commissioner explained that the links between CAP and the EU’s legislation on climate would be made more explicit under the proposed reforms, which he claimed would bring about policy coherence and policy efficiency, and would also ensure that “farming has a future”.

Commissioner Hogan also argued that having fewer and less detailed rules at the EU level would make it easier to address the individual situations for each farmer, which would, in turn, result in “meaningful” objectives, under which a farmer can still make a living.

Concluding his remarks, the commissioner said: “The new green architecture is a big improvement for farmers and the environment. It provides more opportunities to pay farmers who are willing to produce more in terms of public goods.” 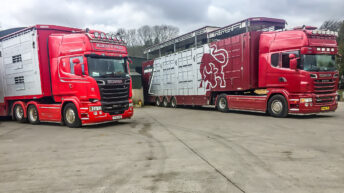