The UK’s decision to leave the EU will most likely “not have a significant impact” on the bloc’s cereals market at current price levels, according to the European Commissioner for Agriculture and Rural Development.

Speaking in Spain last Thursday, June 8, the former Minister for Environment, Community and Local Government made the comments in an address to the FEFAC-AFACA congress, which represents the European and Andalusian animal feed industries, respectively.

Although the UK and the EU are both net cereal exporters – with the UK mainly shipping wheat, barley and oats – the EU has become a net cereal importer from the UK over the last two years, according to Hogan.

He said: “The impact of Brexit in cereal trade is highly dependent on the terms of the withdrawal agreement and the future trade relationship. In general, trade between the UK and the EU could become more expensive if import tariffs were introduced, or as a result of certain non-tariff measures.

“However, we must emphasise that agri-food trade with the UK will not cease. The UK is too dependent on trade and is unlikely to embark on a food self-sufficiency policy.

“At current price levels, Brexit most likely would not have a significant impact on the EU cereals market.

“Besides the trade agreement, it will be important to keep an eye on regulatory issues and standards that might affect the cereal trade. When these would deviate from EU regulation, trade disruptions could occur.

“I am hopeful that we can secure a good outcome in the Brexit negotiations for all sides, if talks proceed in a thoughtful and constructive manner.”

At the beginning of the year, Teagasc Head of Crops’ Knowledge Transfer Michael Hennessy predicted record yields of winter wheat and barley for 2017, dependent on the right weather conditions. 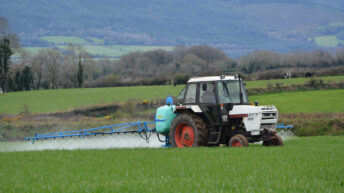