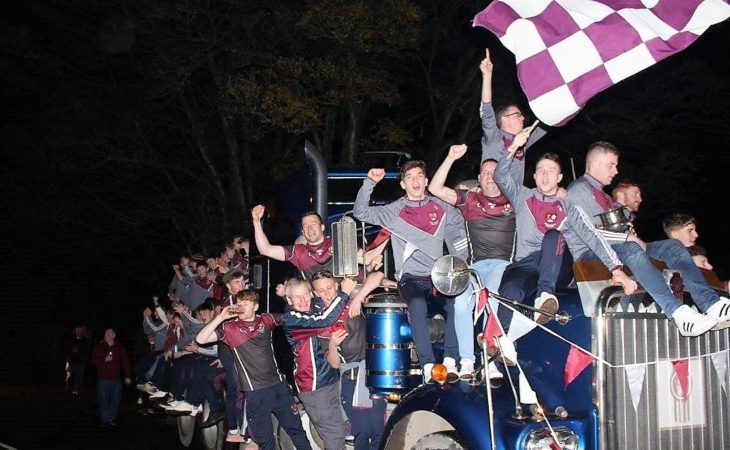 Across the country Multyfarnham – a charming old-world village based along the banks of Lough Derravaragh in Co. Westmeath – is renowned for its strong agricultural heritage.

It was once home to a thriving agricultural college established in 1956 on the majestic grounds of the Franciscan Friary.

The then privately-run ag college – which closed its doors in 2003 – provided agricultural education to thousands of farming families throughout ‘The Lake County’ and the greater midlands region.

Multyfarnham Agricultural College was also revered for its strong GAA culture with teams ferociously competing in the agricultural and horticultural cup competitions throughout the decades.

Although the college closed due to a radical reshaping of agri education by Teagasc, the farm continued as a dairy and suckler venture until 2007, when the 404ac attached to the farm was sold at auction for €6.4 million. The teaching buildings were subsequently converted into a nursing home – which still operates today.

The closure was a crippling blow to the village of Multyfarnham, with a population of less than 450 people. However, another stalwart institution – situated just across the road – has brought a renewed sense of hope, vitality and exhilaration to the remote rural community.

Between the bridge and the fork

Driving into the village, located in a valley setting surrounded by a landscape of rich rolling hills and green fields, it’s obvious you’ve entered ‘Multy’ country.

Every house has a maroon and white flag flying at full mast, telephone poles are draped in bunting, good-luck placards line the roadway, teddy bears and garden gnomes are kitted out with jerseys and all the windows of the parish national school are plastered with messages to their local heroes.

The place is hopping and Weir’s Bar and Restaurant, the focal point of the village, is a hive of activity.

The atmosphere is huge. We haven’t seen life like this since we won the county junior championship in 1956. The place will be closed down all next week.

“Everybody is behind the team; they are an incredible bunch of lads. We’ve been starved of success for years; but, now the village is buzzing,” said Pat Weir co-owner of the award-winning pub.

“Loads of other clubs from Westmeath are organising buses to go up to the match. People are forgetting about local rivalry; we’re all in this together,” he said.

Local woman Pauline Gilhooley leans in to mention that all the footballers live just minutes apart from each other.

“They all grew up together, most of them live between the bridge and the fork in the road. We have full faith in our lads – they will win because they don’t know how to lose,” she said.

The small, traditionally junior club won its first county title in 61 years recently when it overcame Ballynacaragy in the county championship final. It backed that win with Leinster glory over Erin Rovers (Co. Offaly); followed by a thrilling win against Lahardane of Co. Mayo in the All Ireland semi-final at Dr. Hyde Park, Co. Rocommon on January 20.

And the fairytale continues.

Perched at the other end of the bar – where Hollywood movie stars Johnny Depp and Cillian Murphy caused a stir in 2013 when they stopped in for lunch – is Multyfarnham GAA registrar Vivienne Whelan.

She says the team – who visited the sacred turf of Croke Park last weekend in preparation for the forthcoming showdown – never expected to get this far.

“They have been out training for a full year now; but, it was always about taking one game at a time.They are very focused, they know what they want and they are prepared to fight until the bitter end,” she said.

McGee – who famously denied Kerry from claiming five senior All-Ireland titles in a row in 1982 while managing Offaly – says he can “feel the sense of identity in the village“.

Rural Ireland is carried by the GAA. All the other long-standing rural organisations like Macra na Feirme and the Irish Countrywomen’s Association don’t have the presence they once had in rural areas.

“The agricultural college was once central to the community; now the GAA has put Multyfarnham back on the map,” he told AgriLand.

The players – mostly aged between 20 and 30 years – have spent the last year balancing a massive commitment to football with college and work in Dublin and Galway. A number of players are also Leaving Cert students.

For manager Louis Ennis and trainer Michael Dillon, it has been a roller-coaster first year in charge of the side.

“It’s beyond our wildest dreams; we’re just delighted to find ourselves in an All-Ireland club final. People are still pinching themselves – 61 years is a long wait for success. In the intervening years there have been times when the club has struggled to even field a team,” said Dillon.

“They didn’t have the numbers or underage structures; but, in the last 10 years they have put in colossal effort to develop the underage and now they are reaping the rewards.

“For a club to be lining out for its community in Croke Park there is no greater honour.

Although Knocknagree is backed by the bookies, Ennis – a cousin of former Westmeath county star Michael Ennis – says the team likes being the underdog.

“Every game we go into we’re confident; but, we’re under no illusion as to the size of the task. We certainly believe we can win it; we know we have to perform to the best of our ability from the very start and not let in any soft goals.

“We’ve had terrific support from the community, from Wilson’s Hospital School, St. Lomans GAA club in Mullingar, Tang GAA, Kinnegad GAA, Maynooth, they’ve all helped us out because our pitch hasn’t been fit to train on since Christmas.

“But most importantly this is about the next generation of players coming through, boys and girls, when they see these players progressing and winning titles that whets their appetite to do the same,” said Ennis.

In addition to high-profile Westmeath county players – Ronan Wallis, Anthony McGivney and Ian McGovern – Mark Reynolds, a grandson of former Taoiseach Albert Reynolds, is also expected to be a key talisman on the pitch this weekend.

Dillon, also a farmer, describes the team as a “remarkable bunch of lads” – adding that 20 locals have been out watching the lads train every night.

“They are asking us what more can we do; they are so enthusiastic, I’ve never seen a group of lads like them and all the work is standing to them now.

“Weirs bring down soup and bread and tea after training, all the wives and parents and partners and the backroom team are all playing a huge part and it’s all voluntary.

“For some of us we go home from training and matches, get changed and it’s straight out to do farming.

Last weekend I was up at 4:00am to feed and get the jobs done before heading off on the bus with the team to Dublin.

“But would I change a thing? Absolutely not. We want to bring the trophy back to Westmeath, to leave it behind would be a crime. I have 100% faith in the team.

“That’s what the GAA is all about – the grassroots. When they won the semi-final and the supporters ran out onto the pitch the players knew everyone personally – from the babies to the grandparents – if it was a county team you might know 30 or 40 people on the pitch.

“The lads will never get this run, this opportunity, back again. They’ll remember it for the rest of their lives,” said Dillon comparing Multy’s success to that of Westmeath’s Milltown Ladies when they won the All-Ireland A Intermediate title in 2015.

Getting the job done

Captain David Wallace, a farmer and aspiring primary school teacher, says lifting bales and chasing after cows and sheep has helped with his strength, conditioning and stamina.

The corner forward is chomping at the bit to get on the Croke Park scoreboard.

“This time last year we were in a gym doing weights; now we’re going to play in an All-Ireland final – it’s unbelievable for us. We’ve played a lot of tough games to get to this point and we don’t want to fall at the last hurdle.

“The community has always followed us – even when we weren’t the greatest team. You can see the bunting on the road all the way out to the motorway, to see the pride they have for the team is great motivation.

“At some stage everyone in the village has had some part to play in the survival of the club. Everyone is completely dedicated to the club. Players have postponed holidays; missed family occasions; it’s total commitment.

“It will be an unreal feeling to be the first one out of the tunnel in Croke Park on Saturday. But, once the ball is thrown in, it’s all about getting the job done,” he concluded. 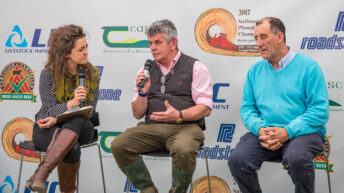