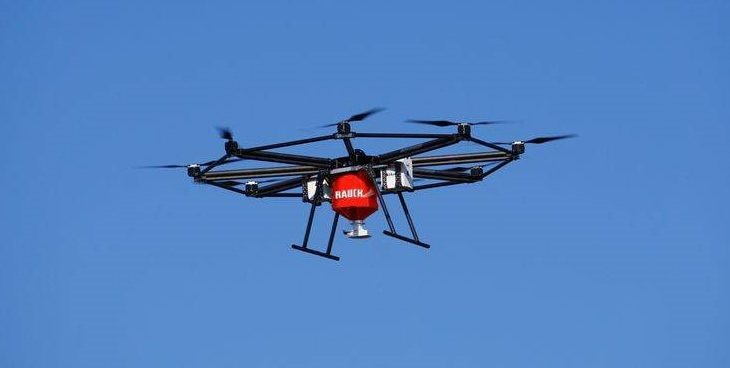 We’ve all heard of ‘agricultural’ drones that can monitor your crops. However, Rauch will shortly unveil a unit that can spread fertiliser.

Rauch’s engineers have essentially modified an eight-rotor Agronator ‘Octocopter’, which weighs 80kg and boasts a diameter of 4m.

So far, the drone has been tested spreading anti-slug bait, small seeds and mineral fertiliser. Its spreading system is an electrically-driven, one-disc unit – dubbed DRACO (Drone Application Copter); it is fed from a 50L hopper.

Advertisement
Not surprisingly, Rauch says that the single biggest advantage is the drone’s ability to spread fertiliser regardless of ground conditions – simply because the unit flies well above the potential quagmire below.

Therefore, says the company, soil compaction or field damage is simply not an issue.

Thanks to its GPS technology, Rauch says that it is possible to “exactly define flight
routes and even individual spreading areas”. It is simply a case of pressing a button; then the so-called CultiCopter automatically follows the predefined flight route.

The DRACO spreading unit automatically adjusts the application rate and working width, as per user requirements. It is also possible to record data from each run.

Two lithium-polymer batteries – or accumulators as Rauch refers to them – apparently provide enough energy for up to 40 minutes of flight-time. It then takes 20 minutes to recharge the unit – before it’s able to embark on its next fertiliser-spreading mission.

The unit will be on display at next week’s massive Agritechnica show in Germany.

Also Read: World’s largest machinery exhibition: Should you be there? 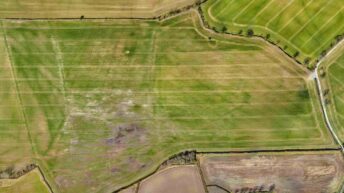