Milking over 600 cows just outside Ardstraw, Jason Mitchell is the fourth generation of his family to milk cows in Co. Tyrone.

Operating an all-year-round calving and housing system, Jason’s operation is quite unique. The farm is home to eight DeLaval milking robots (six VMS classics and two VMS V300s) and a 50-unit rotary parlour.

I’ve a son coming on and I want to leave him a place he would want to work in, so I had to consider a better work environment.

For Jason the main factors that influenced his switch to robotic milking was herd health and labour efficiency. Previously, they milked three times-a-day using a rotary and Jason explained how tiring that was for his staff and how he wanted to improve their working lifestyle.

I was looking to improve herd health and wanted to give the staff the necessary time to improve this.

“The robots help give my staff a better lifestyle and let them do more of what they like doing instead of standing in a parlour milking cows three times-a-day.”

Jason decided to install six VMS classics in March 2018. With a brand-new shed built specifically for robotic milking, Jason quickly saw the benefits from increased production and a more sustainable lactation for his cows. 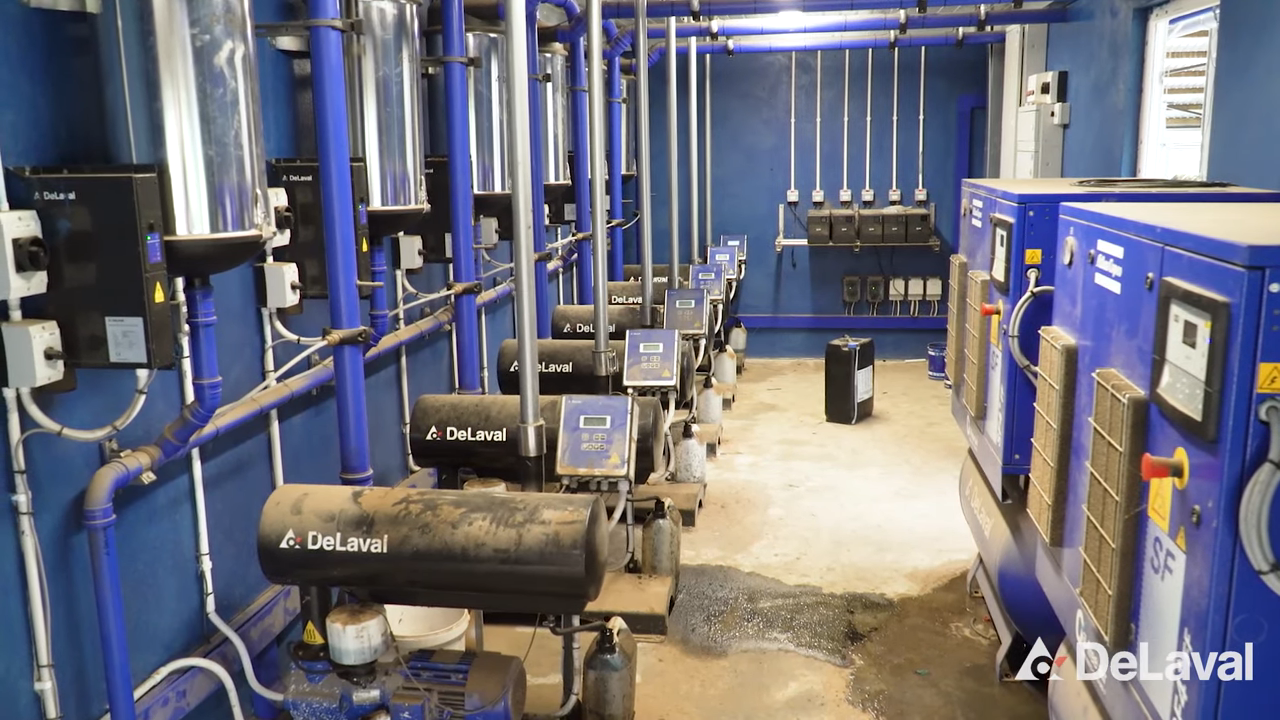 When the VMS V300 was launched in July 2018, Jason decided to retrofit two VMS V300s into an existing shed on the farm.

“We got a pleasant surprise when we went to see the new V300 operating and there seemed to be an improvement to what they had.”

When DeLaval talked to Jason about the changes he observed in the new VMS V300 technology compared to the VMS classic, he commented on the increased capacity of the machine, the speed of attachment and increased milk flow.

“Now that we are operating the VMS V300 for a couple of months we can see the output is more than the classic, the attachment time is faster and milk flow is higher. The new camera is unreal – it’s satisfying when you can see how technology is moving on. 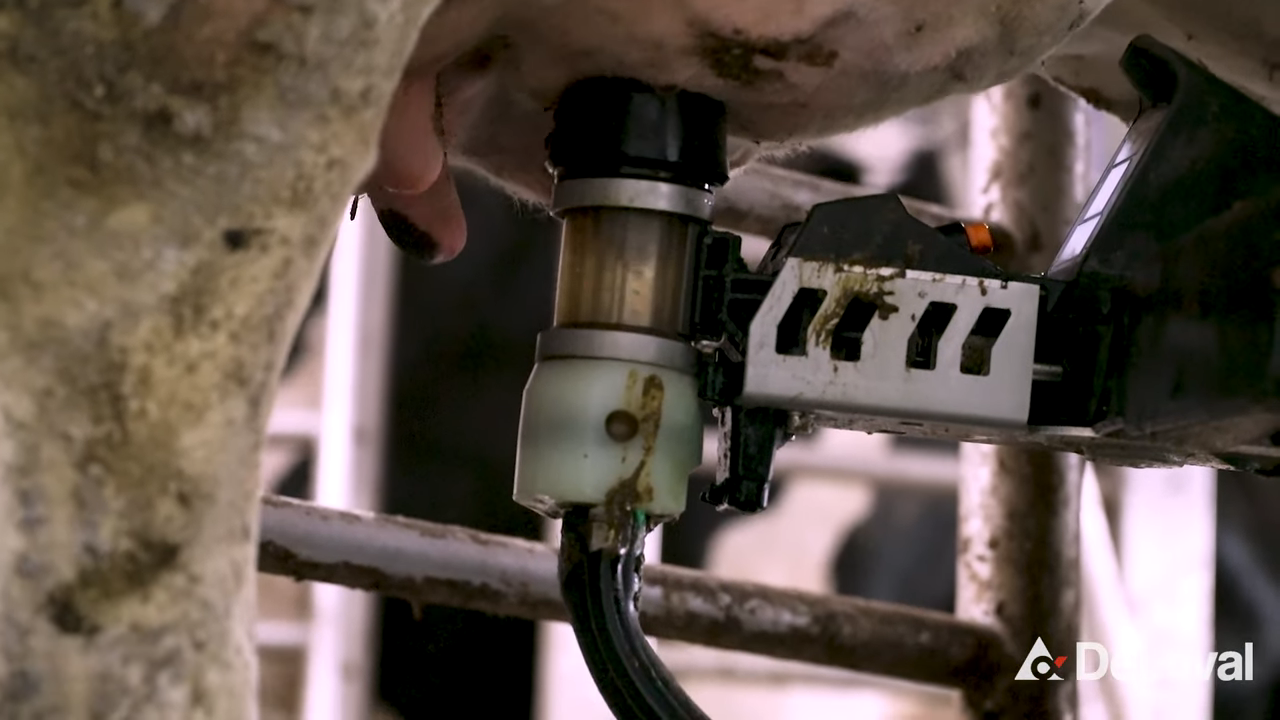 “The VMS classic is still a good machine, but we can see with the V300 the future is only going to have better products.”

Jason focuses heavily on return on investment which is achieved or measured by litres harvested per VMS. With the VMS V300s increased capacity to harvest more milk per station it was the right decision for Jason.

We are now seeing cow for cow, litre for litre and we are probably going 10-15% more capacity on the VMS V300.

Jason praises the farm management system DeLaval DelPro for helping him and his team make better herd management decisions on a daily basis, with the amount of accurate information it provides.

“With the DelPro system we understand it and use it on a daily basis. We find it very useful and you know the information we are getting is second to none. It’s one of those things that the more you use it the more you get addicted to it and the more information you gain from it. 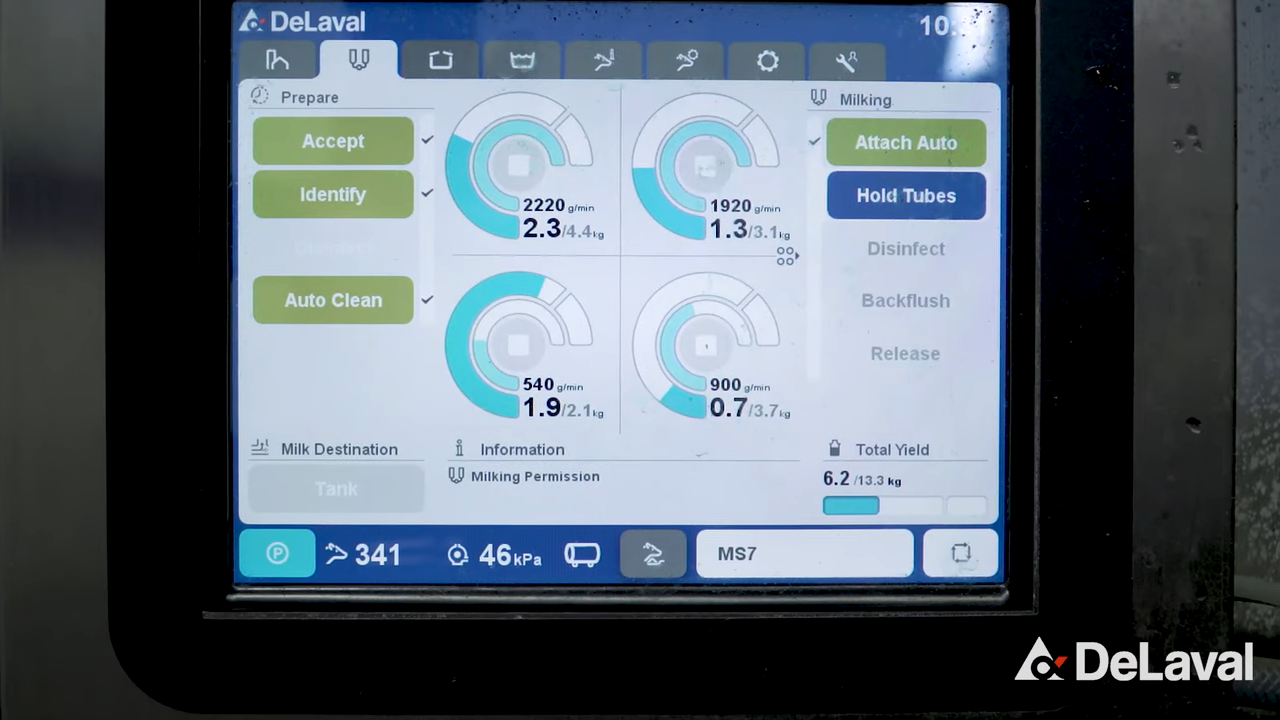 “We are in a position now to see information we never even realised was there 12 months ago; all these things help us make better decisions and that in fact has made us better farmers.”

Jason’s herd has always been high yielding and before installing robots averaged around 8,800-9,000L/cow. Since installing the six VMS classics this increased to 10,000L/cow and now he is hoping to increase that again this year to 11,000L/cow.

“We can see 3,000kg on a continuous basis per robot is well achievable with the new VMS V300,” he concluded.

To find out more about the DeLaval VMS V300 and to see it in action on a top-performing farm like Jason’s, come along to the open day on Wednesday, September 11, from 9:00am to 4:00pm at 40 Greenville Road, Ardstraw, Newtownstewart, Co. Tyrone (BT78 4LU). 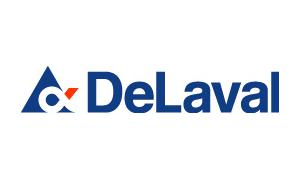