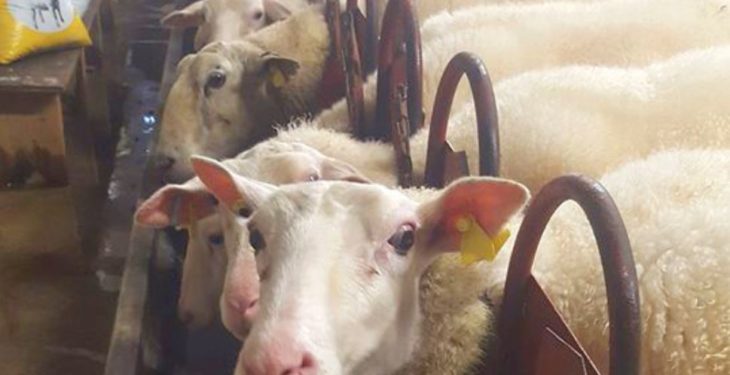 At Rockfield Dairy, Michael runs a flock of Friesland and Lacaune ewes. These are predominantly dairy breeds and are known for their extended lactation period. At peak time, the ewes average 1.8L/day and usually yield around 300L/lactation.

Handmade sheep milk yogurt and cheese are processed on the farm and sold under the name of Velvet Cloud. These products are being sold in shops and restaurants all over the country.

Lambing at Rockfield Dairy happens three times during the year – usually in February, July and October – and a lambing percentage of 180% is achieved. These three distinct lambing periods are necessary to allow for continuous milk flow for yogurt production. All lambs are Friesland, Lacaune or a cross of both breeds.

Michael explained: “I always look for hardiness and fast growth in a lamb.

Feeding and breeding are the two main things to get right when it comes to producing good replacement lambs for the milking herd.

Bonanza Calf Nutrition’s Dr. Amanda Dunn commented: “What better way to feed replacement lambs than with lamb milk that’s made with ewes’ milk – it’s the next best thing to their mothers.”

The importance of nutrition

The average birth weight of the lambs on the farm is about 3.5kg. Once lambs have been tube fed 250-300ml of their mother’s colostrum three-to-four times in the first 24 hours, they are fed pooled colostrum for three-to-four days after lambing.

Subsequent to this, all replacement lambs are fed ad-lib Shine Ewe-reka milk replacer on a Forster Technik automatic feeder.

Michael said: “Getting lambs off to a good start reaps benefits for each lamb’s health and performance. That’s why I feed the lambs well for the first week or so at a higher concentration of 30-35% milk solids and then reduce to 25% once they are a couple of weeks old.

“A good-quality lamb creep feed and water is available to all lambs at all times from four-to-five days old.”

Continuing, he said: “With the help of Shine Ewe-reka, I can help keep my pre-weaned, replacement lambs healthy at the stage when they are most prone to scours and bloat. The ewes’ milk in Shine Ewe-reka contains specific antibodies against sheep diseases.

Lambs are weaned abruptly – this is usually around 30 days-of-age – but only when they are eating a minimum of 250-300g of lamb creep for three consecutive days.

“This helps to avoid the lambs going backwards once they are taken off milk,” said Michael.

Lambs are usually 10-12kg once weaned off milk. The previous batch of lambs consumed an average of 11.3kg of Shine Ewe-reka by weaning. 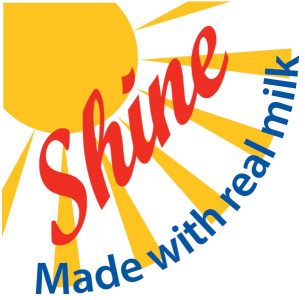