‘Helping on farm is something I’ve grown to appreciate more’ 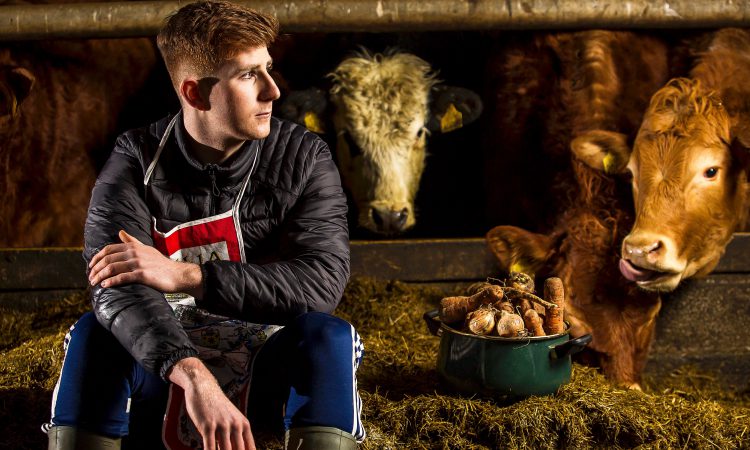 The young Limerick entrepreneur behind Country Munch has found that taking a step back from the hectic scheduling of his thriving food business and helping out on the family farm is something he has grown to appreciate more and more.

“We were always dairy when I was growing up. I remember standing in the milking parlour, morning and evening, as my father and mother milked. Also tasting the creamy milk from the bulk tank is a fond memory,” said Eoin Sheehan.

“About 10 years ago we changed to beef only, as it is only a part-time profession for my father. The farm is relatively small in comparison to some modern day operations out in Pallaskenry, west Limerick. I would like to think I always helped out, but my father may say otherwise.

Being a bigger lad, my strength and size would be put to use fencing, moving cattle or anything heavy to be moved. Having three older brothers meant I was never the first called to action.

“Nowadays, I can assure you I’m the most valued asset to the farm when I’m sent in to make dinner for anyone out on the farm, when my mother is away of course.”

“From there I went on to study chemical and biochemical engineering in the University of Limerick. Admittedly, I knew early on that it wasn’t for me. I was always very outgoing, confident and a big people person.

“Engineering – even though I was quite good at it – didn’t scratch that itch. I finished with a bachelor’s degree after four years but was already self-employed leaving and never pursued it,” Eoin said.

“During first year in college I began to cook for myself. Having a heavy interest in sport and the gym, nutrition and food came hand-in-hand with progress and results.

“I enjoyed cooking and saved money by pre-preparing my meals for the week and learned more and more about the culinary arts myself online.

“A friend contacted me one week asking if I would prep his meals as he worked shift work and I saw an opportunity to make some needed cash for our Thursday nights out in college,” he said.

Word spread and more people got in contact for meals. 10 became 15, 15 became 30 etc. until I was cooking 60-80 meals a week in my mother’s kitchen in Pallaskenry before college in third year.

“I was doing a number of public speaking events on nutrition and cooking per month and everything just grew organically,” said the Limerick entrepreneur.

“By fourth year, Country Munch Ltd. was set up, a production kitchen built in Ballysimon, Limerick, and meals being cooked every week with several catering contracts.

“I loved everything involved with the business. It played to all my strengths and was far more exciting than the engineering exams I was studying for at the same time,” said Eoin.

“We stocked food in five or six stores and gyms around Munster and ran an online delivery service to homes in Limerick. Turnover grew into the six-figure range and more employees were brought onboard to facilitate growth,” he said.

“My own brand as ‘chef Eoin Sheehan’ grew alongside the business, opening doors in Virgin Media as a TV chef on the Six O Clock Show. There were also social media endorsement deals with food companies around Ireland. I was head cook in a cookery school and giving corporate cooking demonstrations around the country.

“Prior to Covid, two full-time chefs ran the kitchen and two part-time employees handled the logistics and back end work. Unfortunately, Covid did have an effect on business and most were temporarily put on Covid leave but our doors remained open and we are working to build back up once again.

“My own side of things got much busier on the contrary, with TV becoming close to weekly appearances and corporate demonstrations performed virtually on a national level. We are constantly learning to adapt and adjust to the current climate,” said Eoin. 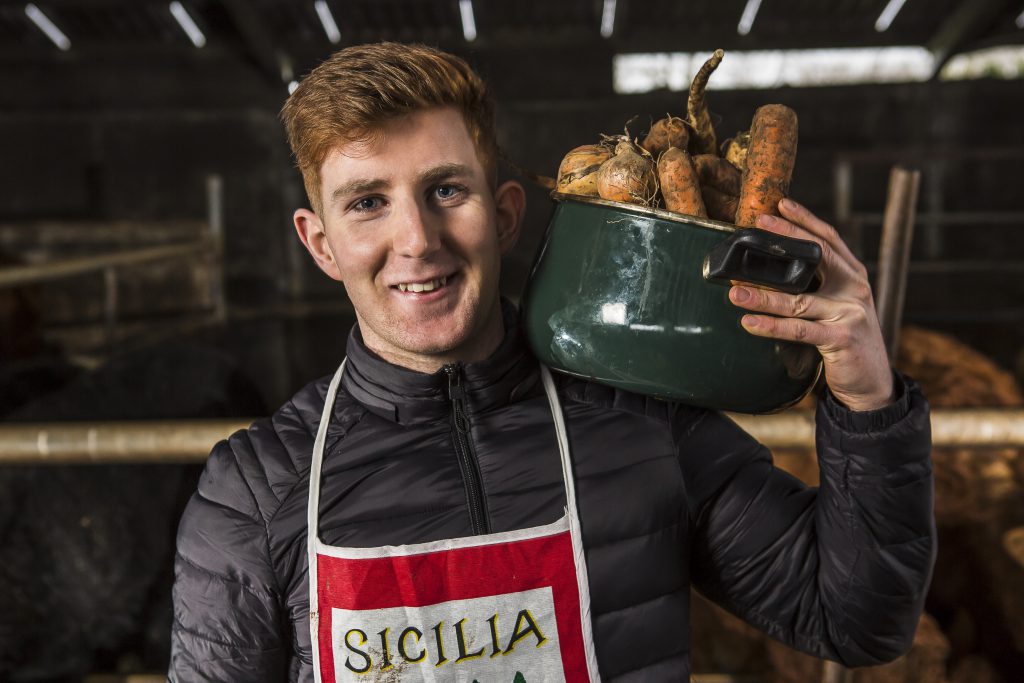 “Our customers have always been very loyal, and appreciate the freshness and quality of the ingredients. Our brand is simple, wholesome, home-cooked meals – traditional meals I would have seen growing up on the farm such as spaghetti bolognese and shepherd’s pies,” he said.

There has been a shift lately with a push toward eco consciousness, leading to us working on changing packaging to meet these new demands on the marketplace. The food industry is a tough and tight industry. Every meal counts, and we have been blessed to build a brand and customer base that we are very proud of and really appreciate. Onward and upward.

‘Fresh air and stillness of the countryside is priceless’

Eoin doesn’t get as much time on the farm as he would like as he commutes quite a bit between Limerick and Dublin, and with events, demos and everything else he has a hand in, he only gets home to the farm on the weekends properly.

“Not to fear however, any work that I’m needed for will not be missed – rain, hail or sun I’ll be pulled out to handle it with dad. My own life can often run at 100mph, juggling three or four projects and working 16-17 hour days.

“Being home in the fresh air and stillness of the countryside is priceless and I find it re-centres me. I really appreciate it. There’s also a number of dirt bikes and motorbikes that you might hear tearing through the fields after we’ve soaked up the peace and quiet,” he said.

“Every September, I used to buy 20 turkey chicks to fatten and kill for Christmas, selling via my social media. I’ve been too busy in recent years but it is something I will return to again soon, hopefully turning a hand to some beef farming too at some stage and interlinking it with my own career in some fashion. I’ll figure it out,” he said. Watch this space. 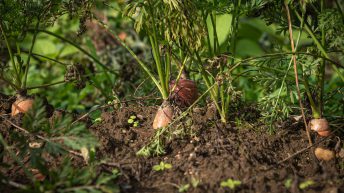