Leaders in automation and robotics, Ireland’s number one distributor of heat detection and health monitoring equipment, Efficient Farm Systems (EFS) are delighted to bring you a virtual open day on Tuesday (March 9) at 8:00p.m from three different dairy farms.

The event promises to be very informative with the three farmers telling their stories and experiences of using the SenseHub system.

After coming out of a busy calving season, farmers are facing into the most important part of the year – the ‘breeding season’.

Paddy and Richard Daly run a 220-cow dairy farm, taking all calves through to beef in Moyne, Thurles, Co. Tipperary. The whole yard is designed around labour efficiency, cow comfort and maximising output.

In spring 2020, following extensive research of various options, they invested in SenseHub heat detection and health monitoring collars alongside a SenseHub drafting system.

“We have tightened up the breeding season since we installed the system last year, to have about 80% of the cows calving in six weeks this spring, and the aim would be to improve on that again this year,” remarks Paddy Daly.

”Improving the six-week calving rate, tightening up the overall calving season and reducing the time associated with heat detection and manually drafting out cows were key factors in deciding to install the system.

“The system even tells us when our cows are sick in advance of the cows showing symptoms. Manual drafting of cows after they exit the parlour was time-consuming and sometimes dangerous.

With the drafting system, we can easily draft out cows that are in heat, sick or lame.

”It was a big help when it came to drafting cows to dry off in the autumn too. It’s a very simple system to use and is all done off my phone at the press of a button,” Paddy added. 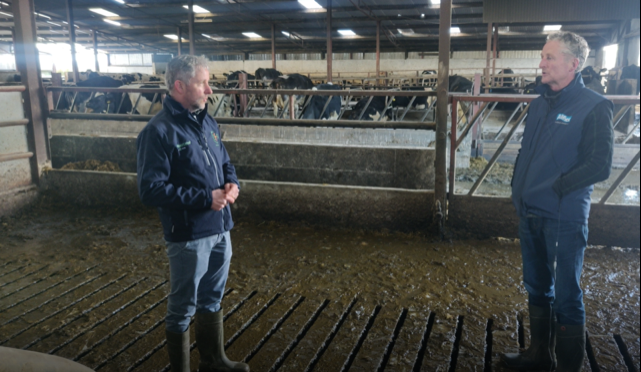 Liam and Jim Delaney invested in a Lely Astronaut A5 robotic milking system when they converted their home farm from sucklers to dairy in spring 2020.

The heat detection and health monitoring collars are used in all Lely robotic milking systems, so it was decided to install the collars in the spring of 2019.

The system would be used as the sole form of heat detection for the 70 maiden heifers on the farm, 10 months before the Lely robot was installed on their farm.

We relied solely on the collars to pick up all the heifers in heat and we were very pleased with the results.

”We had nearly 90% of the heifers calving within six weeks which meant we hit the ground running in terms of our milking production results for our first year.

”The base station (outdoor antennae) on the shed was able to monitor the heifers in the grazing block and the system told us which heifers to bull and the best time to inseminate them to ensure the best conception rate,” Liam explained.

“When you are a new entrant into dairying, there is a lot going on in terms of building work, roadways, reseeding etc. so being able to rely solely on the collars for heat detection was a massive help.” 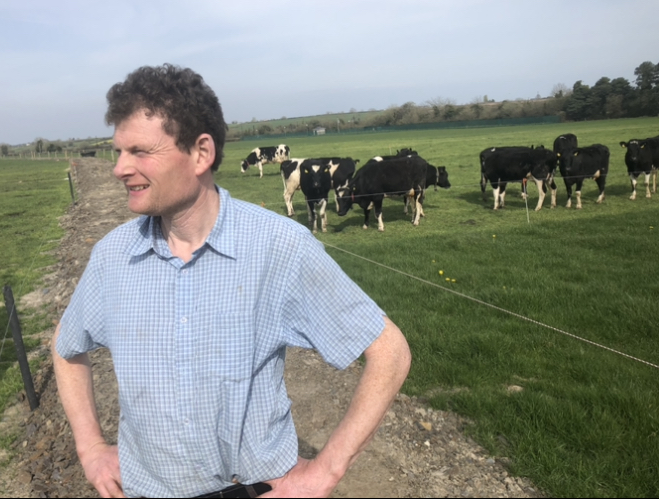 “The system is so easy to use, very precise in picking up heats, excellent to tell us when to do the insemination.

It also helps to pick up sick cows, like E.coli mastitis and milk fever – even before we can see clinical symptoms, which is a massive help to us.

”We’d never go back to the tail painting and watching the cows during the breeding season,” concludes Kathleen & Walter. 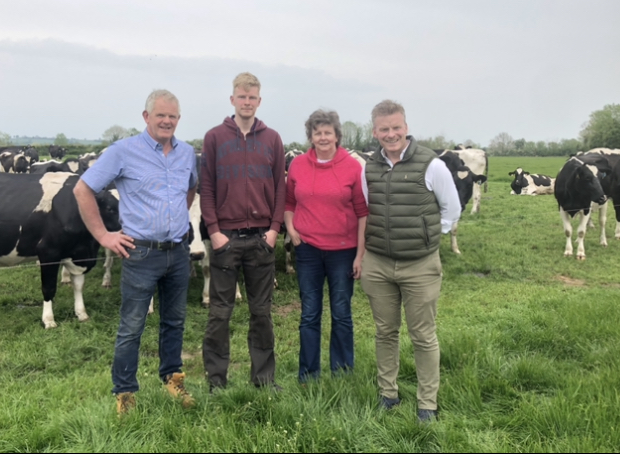 For many years, farmers have purchased the SCR Heatime system for heat detection alone but in recent years, the system has evolved with vast improvements and updates and is now called SenseHub, Allflex livestock Intelligence.

With the launch of SenseHub and under its new owners, MSD Animal Health, it offers many more features and benefits, namely:

For more information and to Register for the event