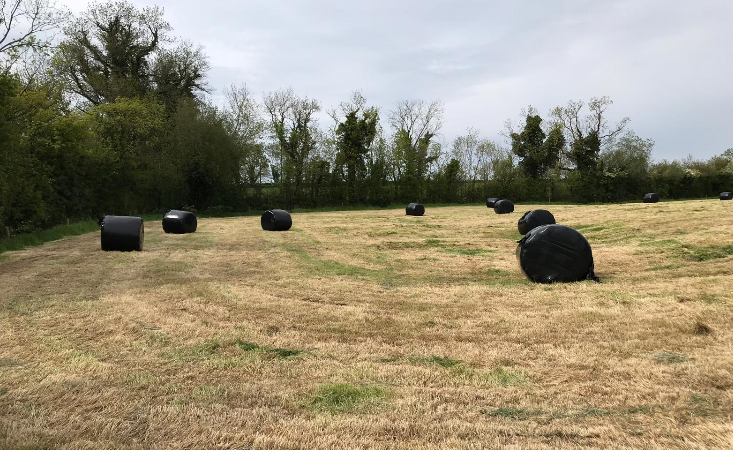 While the recent spell of wet weather has put a dampener on silage harvesting, participants of the Teagasc Green Acres Calf to Beef Programme were busy harvesting first cuts and taking out paddocks that had gone too strong before the weather broke.

All silage produced on these farms should be greater than 70% dry matter digestibility (DMD) – preferably aiming for the top bracket of 72-74% DMD; this reduces the need to increase concentrate levels required to meet daily gains.

120 Friesian, Angus and Hereford calves will be reared on the farm in 2019, which consists of 70ha. First-cut silage was harvested on the farm on May 30.

This 30ac was pitted and 3,000 gallons/ac of cattle slurry was spread. This will be followed by nitrogen (N) fertiliser in the coming days and closed for a second cut. 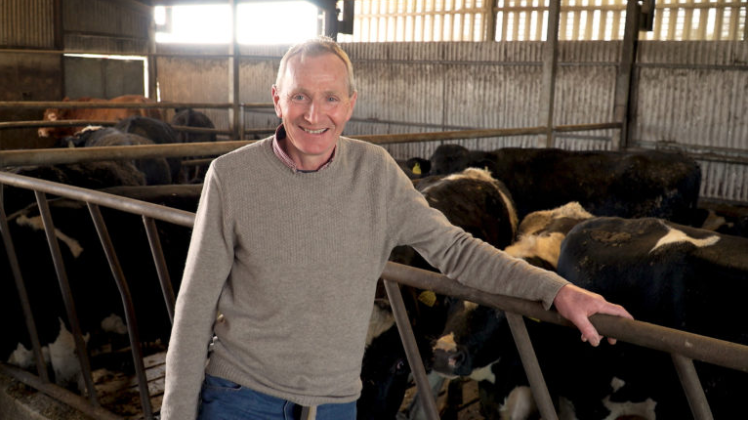 Prior to the first cut, Peter had closed off seven paddocks that were too strong for grazing and made a total of 60 bales.

In addition, there is plenty of grass on the farm and a further seven paddocks have been earmarked for bales once weather conditions allow.

The Wexford-based farmer made the move to autumn-born calves in 2017, as these calves suit the system in place on the farm.

Friesian and Hereford bull calves are purchased in the autumn of each year (80 last year), with the best performers destined for bull beef at 20 months. The remainder are slaughtered as steers at 24 months-of-age. 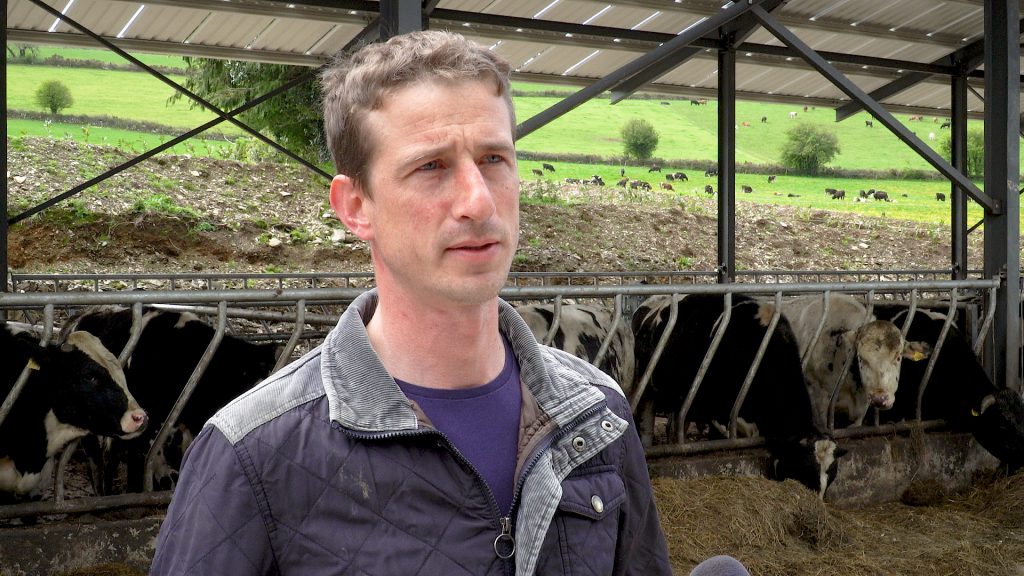 The 40ac included 6ac of paddocks which had gone too strong and a total of 600 bales were harvested.

This ground has just received 1.5-2 bags/ac of 18-6-12 and this will be followed by more N in the days ahead and closed for a second cut; no slurry will be spread.

Going forward, a 10ac field which was cut for silage will now be grazed and five strong paddocks on the grazing platform will be taken out as bales in two week’s time.

Furthermore, 7-8ac have also been earmarked for reseeding and will be sprayed off in approximately three weeks’ time. Thomas walks his farm every Saturday morning and growth rates on June 1 stood at approximately 70kg DM/ha.

Friesians, Aberdeen Angus and Hereford calves are purchased direct off-farm from four local dairy farmers. The aim is to finish Friesians as steers – off grass during the third grazing season – under 30 months-of-age, while the Angus and Hereford steers and heifers are killed out of the shed aged 18-24 months. 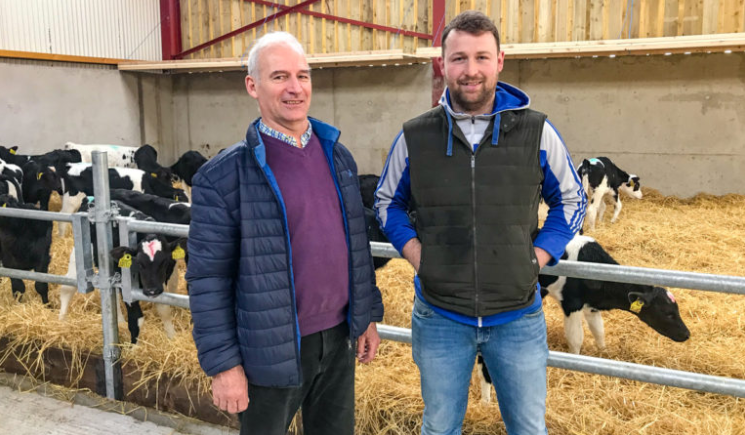 Approximately 100ac of first-cut silage was mowed on Thursday, May 30, and picked up the following morning. In addition, three strong paddocks were also mowed and this grass was also put into the pit.

Peter aims to bale another 60ac as a second cut; this will receive fertiliser next week. To date, four paddocks on the grazing platform have been taken out as bales, with more earmarked once the weather improves.

By walking his farm weekly and measuring grass, to date Aidan has cut over 300 bales from almost every paddock on his grazing platform.

Earlier in the spring, silage ground received 77 units of N/ac and slurry; this was then grazed until April 9. 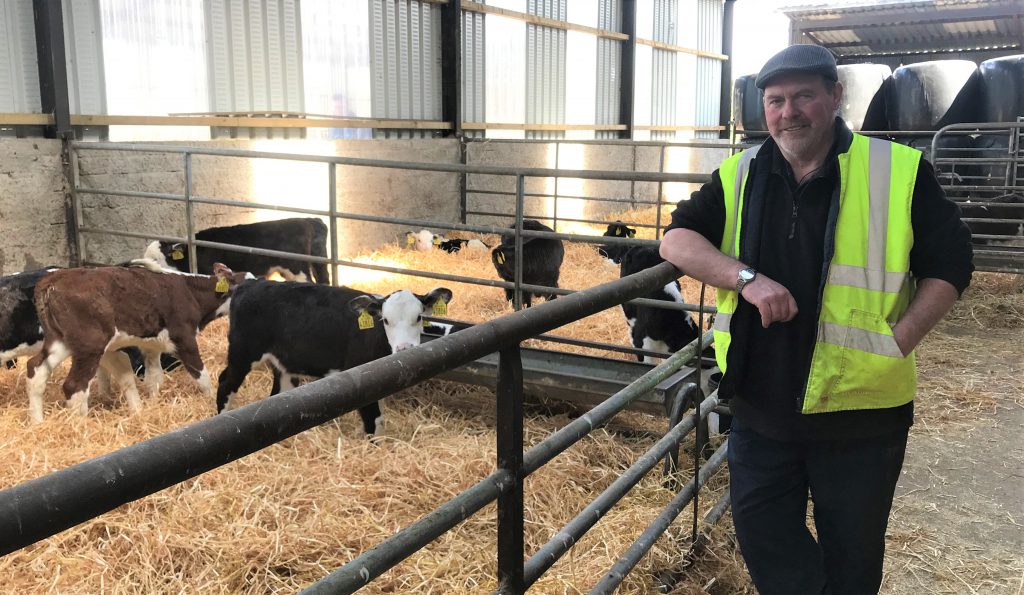 In late April, 46 units of N/ac were spread on this ground and it was closed. Unfortunately, the weather broke at the wrong time, but this will be harvested at the first opportunity. 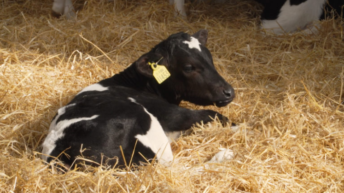 Video: Who and where are the 14 Teagasc Green Acres Calf to Beef demonstration farms?