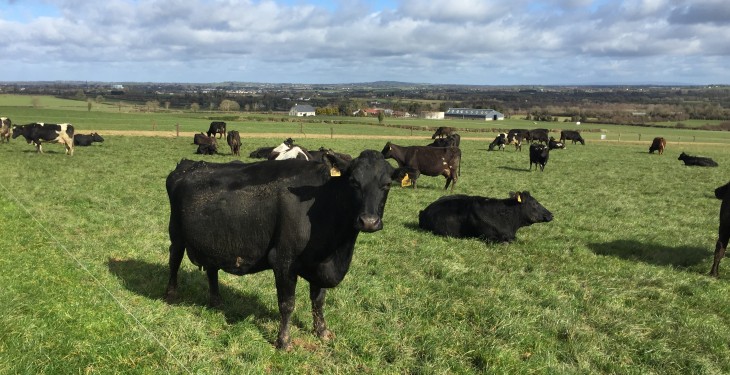 Grazing conditions have improved and grass growth is on the rise, according to Teagasc Dairy Advisor George Ramsbottom.

The Teagasc Dairy Advisor said that growth rates have increased over the past few weeks and this has allowed dairy farmers to get their cows out to grass full-time.

He also said that grass growth levels are only slightly behind the same time in 2015.

He also said that most farmers have taken silage out of the cows diet and as a result, farmers have seen an increase in milk solids produced by their herds.

Milk solids are on the rise and they have risen substantially over the past few weeks.

Demand still higher than growth rate on a lot of farms – info from PBI dairy farms around the country pic.twitter.com/AFiQFkEvzv

The rise in both grass growth and milk solids follows a difficult spring for dairy farmers, with March grass growth rates back by 50%, which forced some farmers to house their cows and feed them silage.

However, Ramsbottom said that things have improved on farms, as grass growth has exceeded demand on farms that have yet to close up silage ground.

But, he said that some farmers have only started to close silage ground this week and this is likely to have an impact on the quality or the quantity of the silage made.

Ramsbottom said that the quality of the silage will deteriorate if the farmer aims for a heavy crop of silage by delaying cutting.

In a non-quota environment, farmers should aim to make better quality silage and feed their cows less of it during the winter.

Ramsbottom also said that Grass Tetany is going to be an issue on most dairy farms over the next couple of weeks, as grass growth is expected to increase.

Teagasc research shows that both spring and autumn calving cows are prone to grass tetany, especially if they are forced to clean out paddocks when the weather is changeable.

It shows that the condition is due to an acute lack of Magnesium (Mg) in the cows blood stream, as cows are unable to used stored Mg effectively.

However, Ramsbottom said that farmers can reduce the risk of Grass Tetany by giving their cows 60g of Cal-mag each day in the meal at milking. 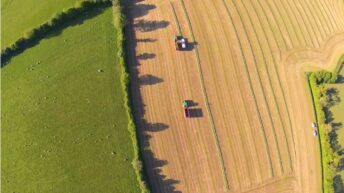 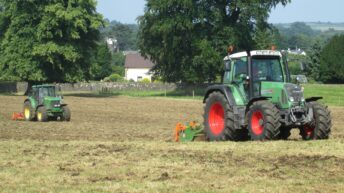 Not every acre of the farm needs to be reseeded, but which fields should?