Grasp the nettle and chew 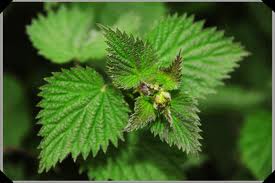 Foodies encourage us to forage for wild food and we don’t need to go far to find some useful plants.

This is according to Eileen Murphy of the Teagasc College in the National Botanic Gardens who stressed that nettles are probably the best-known edible plants among the common weeds.

“By now, of course, they have long gone to seed but in the spring be ready to harvest young nettle leaves,” Murphy outlined in Today’s Farm.

“They are rich in iron and vitamins and can be used with onion and potato to make nettle soup; they make a valuable addition to a quiche or vegetable tart.”

According to the horticulture expert, many other leafy weeds can still be picked and added to salads.

“Chick-weed – Stellaria media – is edible and soft growth can be eaten raw mixed with other salad leaves. Be careful not to use mouse Ear Chickweed which is not edible,” she cautioned.

Cleavers can be used in the same way, Murphy explained.

“It is one of the autumn germinating weeds that tend to become a complete nuisance by springtime, harvesting delivers a double benefit.”

She also recommends the young fat hen variety that can be used in salads, or like chickweed, be cooked by wilting in gentle heat for a short time with a little sweet butter.

“It has been rediscovered in recent times as a substitute for spinach but in fact it contains more protein and iron.

She continued: “The leaves are not really worth harvesting at this time of year but the seeds are edible. They resemble buckwheat and if you favour adding some extra protein to your breakfast just sprinkle fat hen seeds on to cereal, porridge or brown bread mix.”

Another tasty treat is common sorrel. “It is abundant in acid grassland. It is refreshing to eat raw or added to sales. A few leaves can be added to a plain omelette and it is also used as the basis of a classic French soup.”

In conclusion, Murphy stated that by consuming some of these weeds we can affect the balance between weeds and other, more desirable plants while gaining some valuable health benefits.