Graphic content: Sheep mauled and killed in the southeast 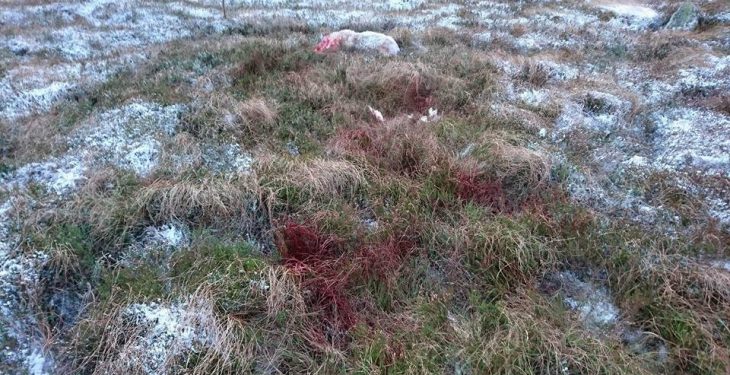 A farmer’s sheep, who were grazing in an area close to the Wicklow Mountains National Park, were the victims of a dog attack last week.

Graphic images of the attack were shared in a post on the Wicklow Uplands Council’s Facebook page over the weekend.

It is believed the attack took place near the White Road close to the Featherbeds in Co. Wicklow on Friday, January 13, between 1pm and 3.30pm.

Footprints in the snow show that somebody, presumably the owner, caught the dog and took it away without reporting the incident, according to the Facebook post.

It is unclear how many sheep were affected by the attack, but pictures posted on Facebook show at least one ewe that was mauled and killed.

The grass surrounding the dead ewe was also visibly stained in blood.

It is understood that the farmer had been feeding haylage to his ewes in the area.

Anyone with information on the attack is asked to please contact their local Garda station.

96% of farmers would shoot dogs attacking sheep on sight

Last year, a poll carried out by Agriland found that 96% of farmers would shoot a dog attacking sheep on their farm.

The same poll also indicated that over 60% of sheep farms had suffered dog attacks in the past.

In order to improve traceability, new regulations were brought into force in March 2016 which require all dogs over 12 weeks of age to be micro-chipped and registered on an approved database.

All dog owners have been reminded of these regulations by the Minister for Agriculture, Food and the Marine, Michael Creed.

“I understand this is a significant change in the way people are accustomed to buying and dealing in animals.

“However, these rules are vital to enable early reunification of lost dogs with owners, protect the welfare of dogs and to protect animals against sheep worrying,” he said. 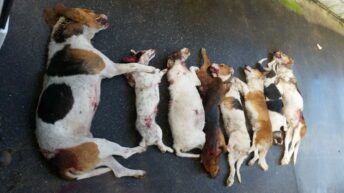 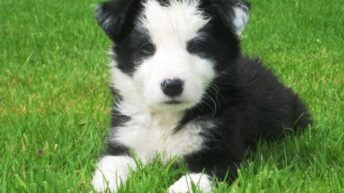