Graindex comes to Ireland this weekend

Graindex – the online grain marketplace that allows farmers to sell their grain directly to the end user – will be at the Tullamore show this weekend.

AgriLand caught up with Graindex at this year’s Cereals event in the UK, a year on from when we first met Patrick Bidwell of Graindex and its sister site – Sell my Livestock.

In that year, the number of users across both sites increased from 30,000 to 70,000. Approximately 20% of these users are trading grain.

According to Graindex, the website is getting approximately 5,000 hits per day and it appears that there is a healthy appetite among sellers to trade their own grain.

Currently, Graindex is running as a website, but the app for smart phones is under test.

In May of this year, 5,500t of grain were traded on the site. The traded volume has increased by approximately 123% on last year and there are currently 53 grain merchants on the site.

Speaking to AgriLand, Patrick stated: “We’re at the stage now that we’re bringing in enough volume to get the merchants interested I think.”

The process is simple. When a farmer makes a decision to sell grain, they create a listing on Graindex. They enter a number of parameters, including: the crop to sell; the tonnage available; quality indicators; harvest year; and location.

Following on from the Tullamore Show the company will also attend this year’s National Ploughing Championships in September. 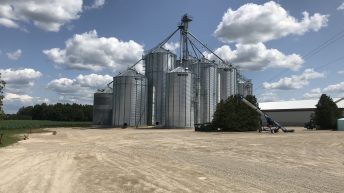 Grain price: No sign of anything to shake up markets 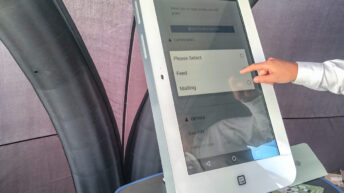 Graindex: Cutting out the middle man when it comes to grain sales