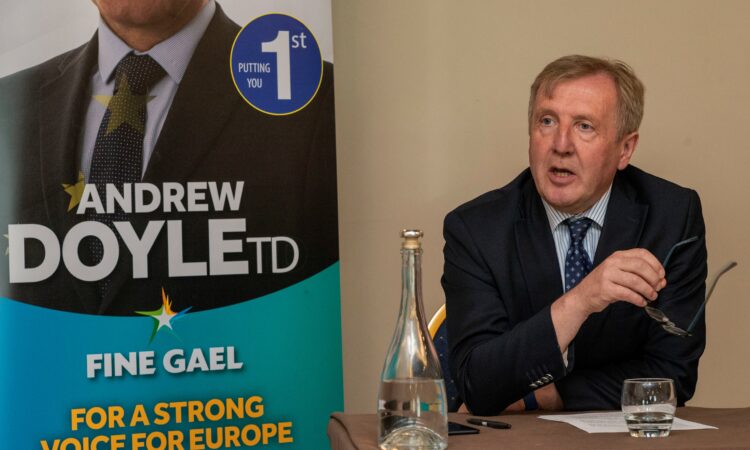 The Government is awaiting details from the European Commission on the regulations for the exceptional aid package for beef farmers, which is expected in the coming weeks.

It will then consult with the farming organisations, Minister Michael Creed said this morning, Monday, May 20.

He was in Portlaoise to host a Common Agricultural Policy (CAP) event with MEP candidate Andrew Doyle, Minister of State for Food, Forestry and Horticulture. Proceedings were chaired by Minister for Justice Charlie Flanagan.

Most of our endeavours for the last number of years have been in terms of creating awareness in the EU of the level of exposure that we have to the UK economy.

He continued: “The focus shifted in the last number of weeks from the danger of a hard crash-out Brexit to the more immediate consequences that beef farmers were dealing with.

“In a way this created the perfect storm between higher input costs and depressed prices.”

The minister pointed out that the Irish Government then found itself in a position where it could make a case to the European Commission in respect of the matter.

“We made the case to the commission that there was now, under the Common Market Organisation, a case to be made for exceptional aid outside of the context of a crash-out Brexit,” he added.

That case was pursued by both Andrew and I with the European Commissioner for Agriculture and Rural Development Phil Hogan.

“Fortuitously we had the desired result last week. We now await the terms and conditions of that scheme from the commission.

“We will then engage with farm organisations and try to pay the money as quickly as possible to farmers.”

Pressed about the timeline for the delivery of the exceptional aid package by AgriLand, the minister said that “in a way we have to jump the hurdle”.

“We haven’t seen the regulations from the commission yet- that’s critical to know in the engagement with farm organisations because the commission will tell us the terms and conditions under which the fund is available. Then we will engage,” Minister Creed confirmed.

There will be an application process and then there will be payment. It’s difficult to put a timeline on it now but our ambition would be to pay as soon as possible.

Separately, Minister Doyle highlighted the fact that the Common Market Organisation was involved in the aid package.

“That means Common Market Organisation rules, and because of market disturbance as opposed to a Brexit package.

“In the event of a hard border, the situation when things could be a lot worse, we don’t want it to be said that we’ve already got a Brexit package,” he concluded. 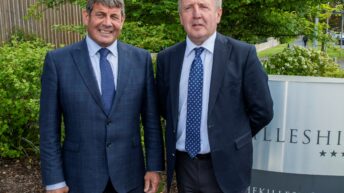 ‘Delivering a strong CAP is a key European priority’ – Doyle