Good silage fermentation performs much of the work of digestion

Knowledge and understanding of what occurs during the fermentation process is critical to implementing sound management practices when harvesting, storing and feeding ensiled forages.

If managed well, then fermentation makes the silage easier to digest in the rumen and the silage nutrients easier to assimilate (uptake) by the animal.

In effect, a good fermentation performs much of the work of digestion prior to consumption by the ruminant. 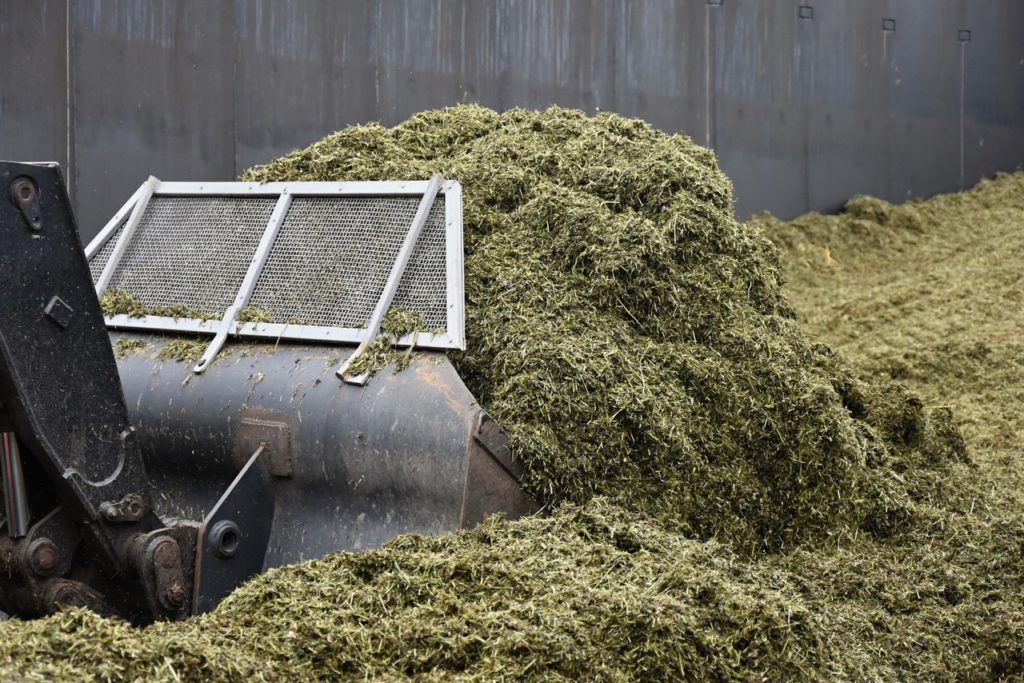 Since it doesn’t use or create heat, fermentation allows for greater retention of the forage’s vitamins and other nutrients which can be easily destroyed by other forms of feed processing.

Often times these losses in dry matter go undetected unless the amount of forage ensiled and feed being removed from the storage structure, is measured accurately.

Most farms do not complete and summarise these measurements. Unlike a hetero-lactic fermentation.

Silo-King is formulated with three exclusive, EU-approved, homo-lactic bacteria which do not produce any greenhouse gases (GHG) during their fermentation. This quality is critical and allows for both maximal dry matter and energy retention of the fermenting feed.

Also, homo-lactic fermented silages are known to be very palatable to dairy cattle.

Phase 1 starts at crop harvest and under ideal conditions of moisture, chop length, and firm (high density) packing, lasts only a few hours. This first phase continues until either the oxygen or water soluble carbohydrate supply has been depleted.

The most notable feature of this phase is the increased temperature of the freshly-ensiled crop resulting from the ongoing plant respiration of sugars where carbon dioxide (CO2), water and heat are produced.

In poorly sealed and/or packed silos, the clamp life of the resulting forage can be reduced since the initial growth of yeasts and bacillus species occur during this phase.

Once feedout occurs, yeasts can rapidly increase in numbers causing heating in the feed clamp and lowering feed consumption.

Phase 2 begins when the trapped oxygen supply is depleted and generally lasts no longer than 24 to 96 hours. During this phase, anaerobic (without oxygen) hetero-fermentation occurs. The dominating bacteria during this phase is enterobacteria (e.g. E.coli).

This bacteria can tolerate the heat produced during the aerobic phase and is viable in a pH range of five to seven which is found in the fermenting forage at this time.

These hetero-fermenters produce both acetic and lactic acid, but tend to be inefficient at producing these acids resulting in nutrient and dry matter losses of the fermenting crop. The final ratios of these acids depend on the crop maturity, moisture, fermentable sugars and bacterial populations. 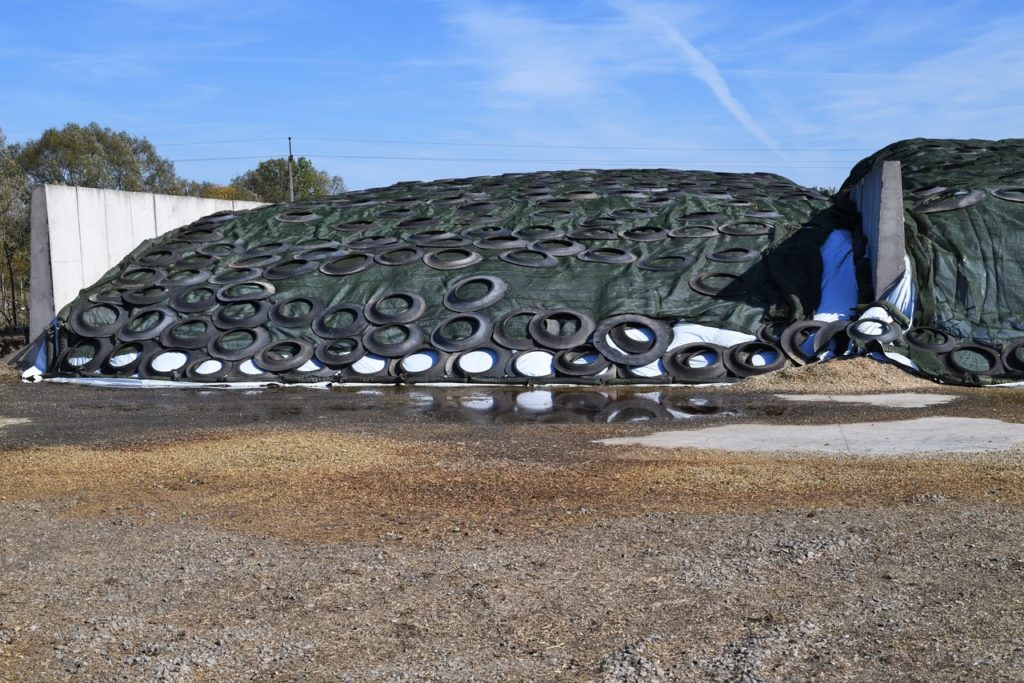 The reason Silo-King is also formulated with food-grade antioxidants and anti-fungals is to shorten Phases 1 and 2, resulting in greater DM and nutrient retention of the harvested crop. When the pH drops below five, Phase 3 of silage fermentation begins.

Again, this is why Silo-King ‘seeds’ the fresh silage with only homo-lactic bacterial strains. In this phase the stabilisation of temperature of the fermented crop occurs; the dominating bacteria convert water-soluble carbohydrates to acid, which reduces the pH and, in turn, preserves the silage.

In well-fermented, homo-lactic silages, lactic acid can account for over 70% of the total organic acid content. The final pH of an ensiled crop depends on the type of forage, fermentable sugars and moisture content of the forage at harvest.

Maize silage, in contrast to grasses and legumes, has a lower buffering capacity, more water-soluble carbohydrates, and generally reaches a pH less than or equal to 4.0. When the terminal pH is reached, the forage is ‘preserved’ within the silo.

Silage pH does not indicate the rate or quality of the resulting silage. To determine the quality of the silage, a complete analysis is needed where the feed’s nutritive content including rumen digestibility of the forage’s fibre and dry matter are quantified as well as acetic, lactic analysed.

Phases 2 and 3 are completed within three days to three weeks from time of harvest. The general recommendation is to wait at least three weeks before feeding newly harvested forages.

The length of this fermentation process will vary depending on the crop harvested (related to buffering capacity), moisture, and maturity of the ensiled crop. Properly applied, a high-quality silage additive, like Silo-King, will decrease fermentation time required. 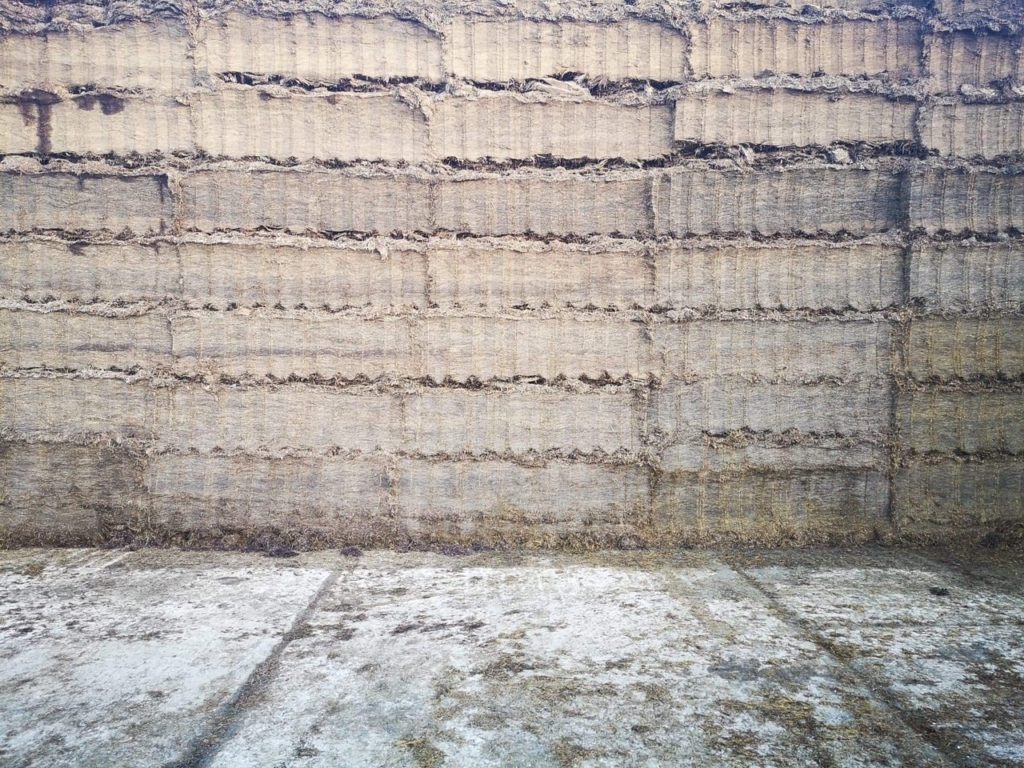 Silo-King treatment of the forage helps to push fermentation completion towards that best-case scenario of three days. Typically, the sooner the fermentation reaches completion, then the greater the retention of DM and nutrients.

Phase 4 lasts through the remainder of the storage period. This ‘stable’ phase is where the crop is unchanging as long as oxygen does not penetrate into the silage (e.g. through silo walls, poor quality or damaged covers and bale wrap).

The final temperature of well-preserved silage is less than 25°C (depending on ambient temperatures at harvest and at feedout).

During Phase 4, the EU-approved Silo-King enzymes hydrolyse the forage’s fibres and complex starches.

This results in enhanced nutrient digestion in the rumen of the cow. Also, if needed, the enzyme-released sugars from the fibres and starches can be fermented by the Silo-King homo-lactic bacteria to create lactic acid which efficiently reduces the pH of the silage.

Studies show that enzyme-treated starches and the neutral detergent fiber (NDF) become more quickly degraded in the rumen. Furthermore, studies demonstrate that both starch and fibre digestibility increase with ensiling length, plateauing between three to six months of storage.

Phase 5: This phase occurs during feedout and is just as important and is often a neglected part of the fermentation process, and can result in substantial dry matter losses as oxygen is reintroduced into the fermented crop.

Proper management of the silage face minimises dry matter losses and optimises feed intakes by dairy and beef stock. Silo-King helps address the issues that can occur in Phase 5, by addressing them all the way back during Phase 1. Controlling yeast and their respiration during Phase 1 – it can pay dividends with regard to longer clamp life during feedout.

Silo-King is formulated with EU-approved silage enzymes and homo-lactic bacteria, antioxidants and anti-fungals with the animal’s nutritional efficiency and the environment in mind.

Find your local Agri-King area manager in the list below:

In addition, you can also visit the Agri-King website at: www.agriking.com.