Good rumen function is essential for the breeding season 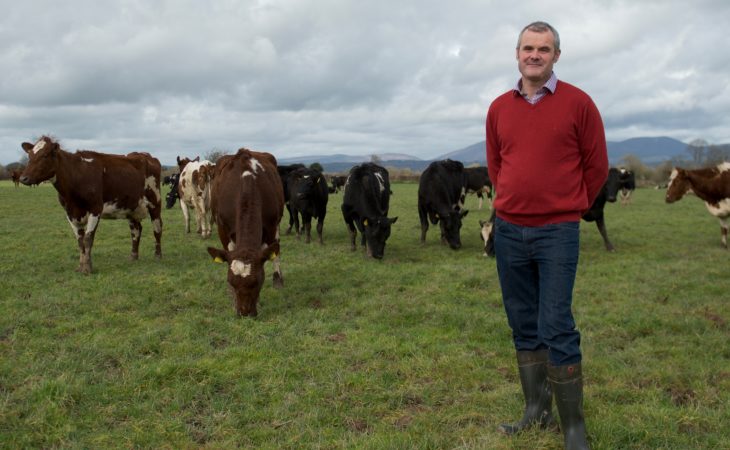 For any spring-calving herd, making sure that cows are in the best condition during the breeding period is essential to achieve good conception rates and to ensure that cows are able to calve down at the right time; ready to then maximise yields from spring grazing.

Noel Griffin milks 185 cows near Cappagh, Co. Waterford, with the help of his uncle John and wife Sinéad. The herd comprises of three-way Norwegian Red / Friesian / Jersey crosses, producing an average of 509kg of milk solids from 6,000L at 4.64% butterfat and 3.84% protein.

“We run a straightforward system that aims to maximize the use of grass,” Noel explained.

Cows are fed grass silage and a good dry cow mineral, when they are indoors over winter, during their dry period.

“As cows calve down from mid-February onwards, we then turn them out to grass – weather permitting – and rotationally graze the herd. We will try to minimise the use of grass silage in the milking-cow diet, weather permitting. We feed up to 7kg in early lactation depending on grass availability.

“We walk the paddocks every week to measure grass growth and assess grass covers,” Noel explained.

Noel targets pre-grazing covers of 1,500kg/ha and uses a grass wedge to help decide when paddocks need to be cut and baled and also to identify grass deficits throughout the grazing season.

“We take a big first cut of grass silage, for the pit, in late-May and then cut surplus grass during the grazing period for big-bale silage.

“This big-bale silage supplements grazing late in the season before we bring the cows indoors full time in late November,” he added.

With the genetic input from the Norwegian Reds, herd fertility is usually very good on the farm; but in 2017, Noel started to notice problems caused by the high protein content of the grass that his cows were grazing during the early summer.

“Grazed grass can have a relatively high crude protein content and we noticed that our milk urea was running quite high during the breeding season. The cows were breaking the excess protein in the rumen into ammonia, which then had to be excreted as urea in the urine and this was wasting vital energy.

“This in turn led to cases of embryo mortality, as high blood urea levels can damage the reproductive efficiency of cows during the breeding season,” Noel noted.

Noel asked Barry Purcell, nutritionist at Southern Milling, for some advice. He suggested replacing the herd’s existing compound feed with Breeder Supreme, which contains an ammonia grabber and Actisaf protected live yeast to aid the rumen function of grazing cows.

We started using the new feed last year and the results have been really good.

“Embryonic mortality has stopped being a concern and conception rates to first service have risen from 55% to 64%. We are going to feed it this year, as it seems to support the cows well during the breeding period.” 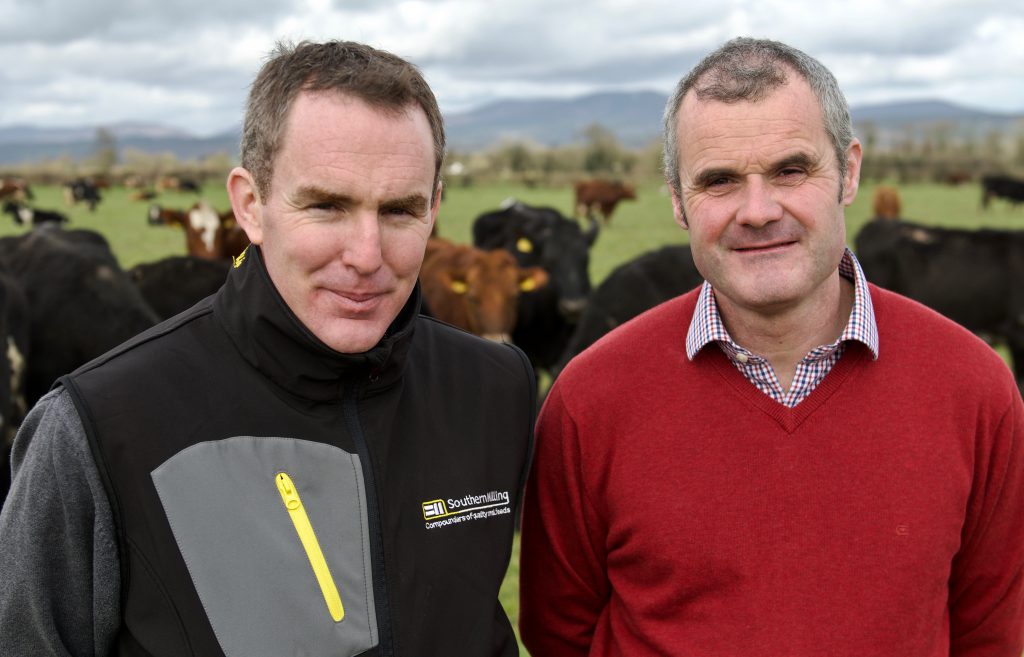 The Actisaf live yeast found in the feed also helps to stabilise the rumen pH at grass and support strong butterfat and protein yields. This is useful during the grazing period, when many grazing systems notice a drop off in butterfat levels in particular.

Barry stated: “Grass is a brilliant feed source; but it is incredibly variable, with grass quality varying from paddock to paddock.

“Usually, you would expect to see a decline in butterfat percentages in late April and early May and, for many producers, this trend can continue throughout the summer; but this isn’t the case with Noel. In May last year, butterfat was at 4.19% and it was up to 4.30% in June, so there is consistency there.”

And Noel must be doing something right, with the farm producing milk with constituents well above the co-op average.

“Our average butterfat levels are 0.28% higher than the milk pool average and protein is 0.24% higher.

“We currently produce 509kg of milk solids per cow and the plan is to keep pushing the milk solids yield, rather than expanding the herd. By maintaining good grass quality, breeding the best cows for our system and buying in the right nutrition, we are confident that we can continue to further improve herd performance,” Noel concluded.