Going to buy a vertical diet feeder…but not sure which one? 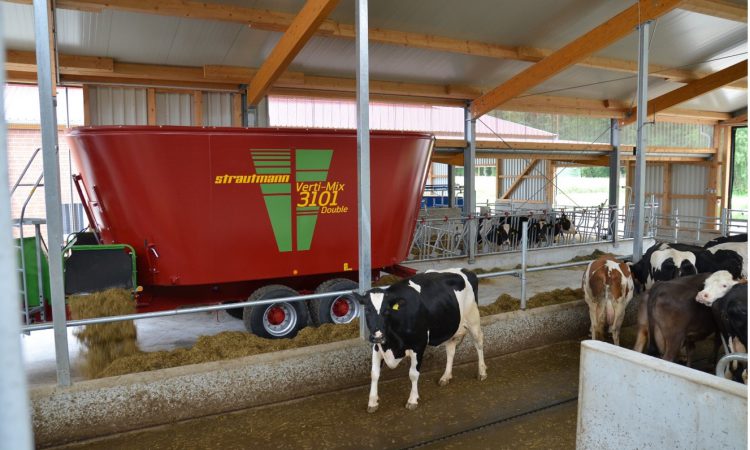 It is important to remember that not all tub / diet feeders are equal and there are several factors you should consider when selecting the machine for your farming business.

You should look at the size of the feeder you will require for your operation. Typically, a rough guide is eight to 10 animals/m³.

So, for example, with a 12m³ feeder you can feed between 100 to 120 animals with one mix. Then, it is down to how many mixes you would like to do or in what batches you have your cattle divided into.

It is vital to compare like-with-like and remember that manufacturers measure the capacity in two different ways – without augers and with augers in (with augers in is the physical mixing capacity). These two measurement types typically lead to a 1m³ difference per auger fitted.

Once you have decided on the capacity you require then it is down to machine selection, and it is imperative to note several factors.

Want a consistent mix and feed-out every time?

Ultimately, what you are trying to achieve is a consistent mix in a timely manner whilst enhancing the product’s characteristics.

The most essential advantage is perfect and quick preparation of the feed ration and that the material used retains all its natural characteristics.

The tub and auger design are key, as material needs to flow around the mixing area at an optimal speed – assisted by the auger design – to mix into a consistent ration; and to not over-process the mixture or parts of the mixture by pressing, squeezing or heating during the cutting and mixing process.

A well-designed diet feeder will also require less power to run, reducing the overall cost of the process.

The Vario² mixing auger still enables the proven variable knife adjustment system, but excels with the unique shape of its stepped flight design.

In contrast to formerly widespread practice, the fodder is regularly loosened by the steps, which leads to even faster and easier mixing. The steps are arranged on the mixing auger at regular spacing intervals at a 90° angle.

The German agricultural publication Top Agrar compared a Strautmann with the Vario² auger to its major competitors and found it to be the fastest, most consistent tub mixer on the market.

The numerous tests which compared the standard mixing augers and the new Vario² design revealed that the power required, mixing speed and consistency to be considerably improved.

Once you have the mix processed, it’s about delivering it to the animals and essential to this is the design of the door feed-out that allows the fodder to flow evenly; ensuring it is presented in a uniform manner at the feed barriers. 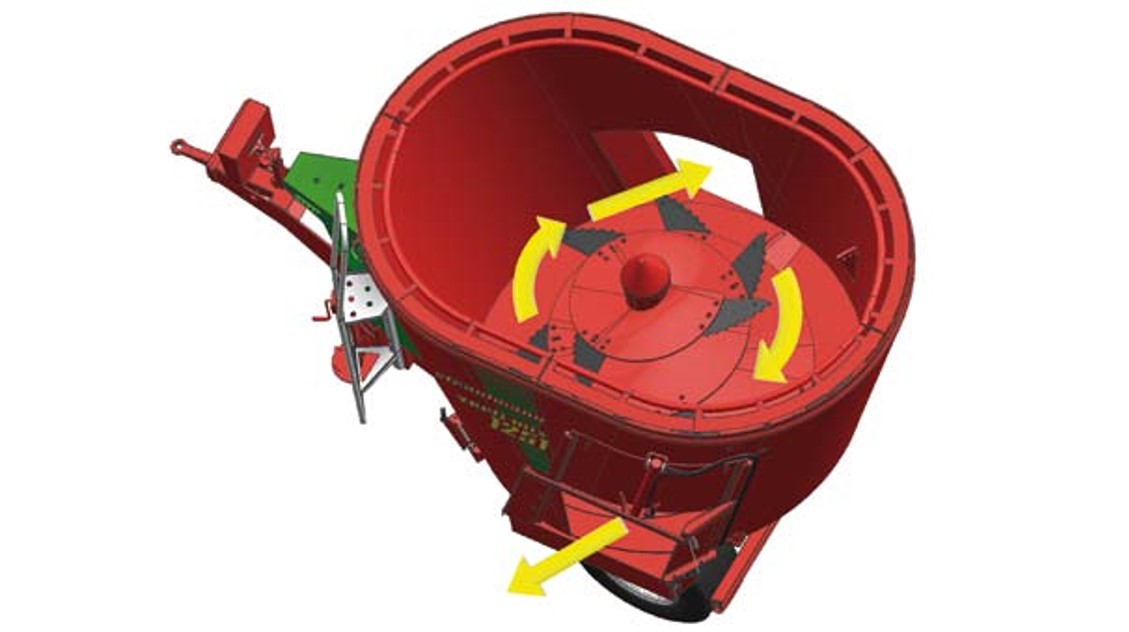 This design allows the mixture to flow freely out. This prevents squashing which can be caused when the mix must be forced through a door opening to release it out of the tub – resulting in damage to the ration.

Want a feeder that grows with your business?

Cattle numbers may change and typically numbers are getting larger. As a result, Strautmann has a unique patented top ring that allows for extensions to be easily added to a feeder after purchase – if and when the need arises.

This option allows the diet feeder to grow with your needs.

For more information, go to: www.iam.ie; or simply click here