Prices at the latest Global Dairy Trade auction have fallen on the last event.

The results of the auction concluded with the Global Dairy Trade Price Index down 7.4%. It is the second auction in a row where the result has been down, with the October 20 auction being down 3.1%.

The four auctions since August 18 had seen the average auction price rise, after a long series of falls in price. 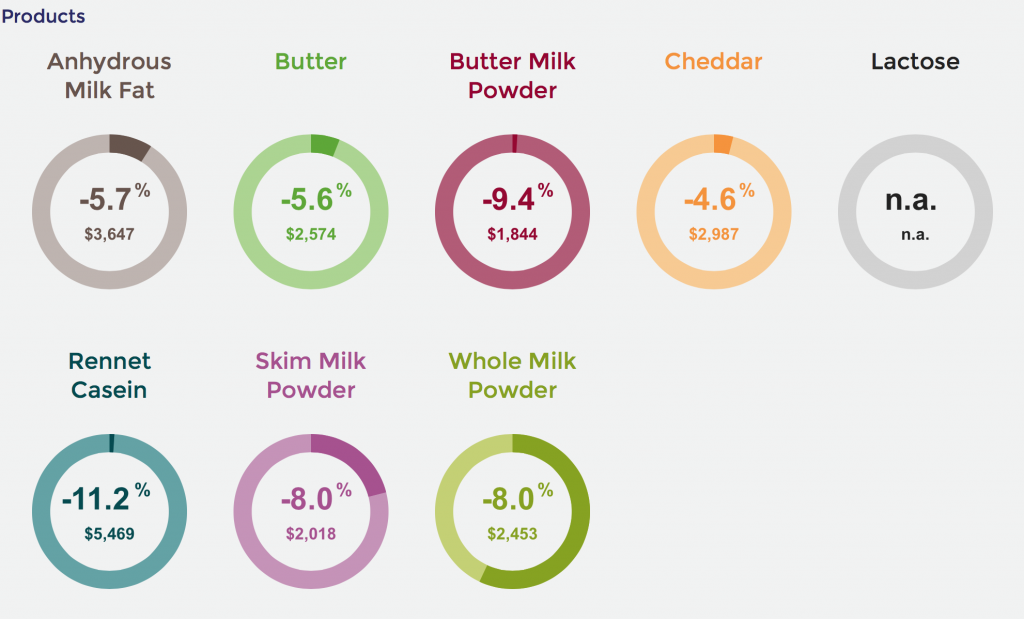 Meanwhile, at home the September milk intake by Irish creameries and pasteurisers was up 16% year-on-year, figures from the Central Statistics Office (CSO) show.