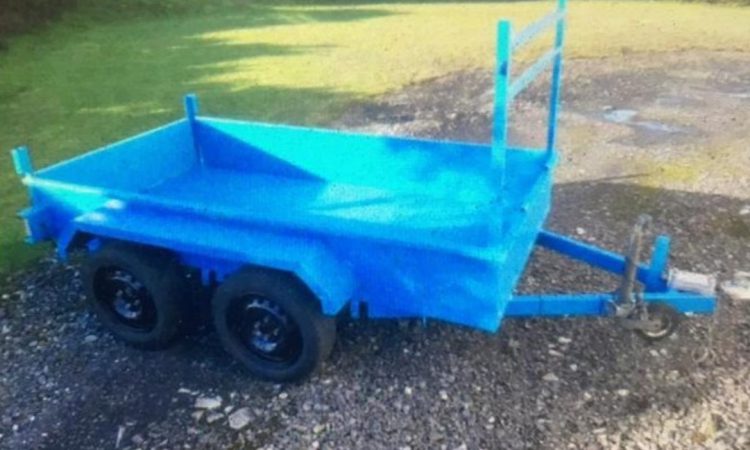 Members of An Garda Síochána have issued an appeal for information in relation to the theft of a “distinctive” blue trailer from a property in Cork over the weekend.

The trailer was taken in an overnight raid between Saturday night (October 3) and yesterday morning (Sunday, October 4).

Taking to social media yesterday morning, Gardaí based in the Co. Cork region asked members of the public to keep a lookout for the implement in question, stating:

This distinctive blue trailer was stolen overnight from the Mitchelstown area. It has twin axles and is now fitted with silver wheels.

“Somebody may have noticed this on the move earlier today.

“If you noticed any suspicious behaviour or think you spotted this trailer, please contact Fermoy Garda Station on: 025-82100.”

Tractor collides with driver over limit

A warning has been issued to never drink and drive after a collision between a tractor and a car – the driver of whom was over twice the legal drink-drive limit in Co. Down this week. 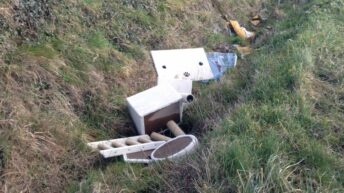