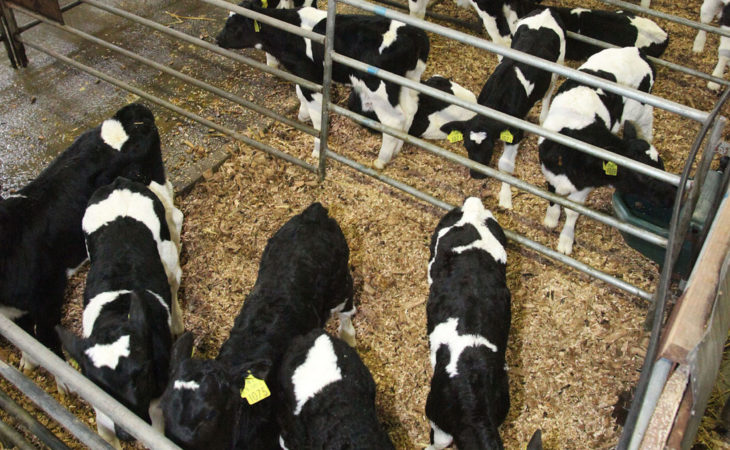 There has been a noticeable improvement in the calf trade this week, with Friesian bull calves suitable for export improving by €30 each in some venues.

The price rise for the Friesian bull calves has occurred due to increased calf exporter activity around the ring, according to Tom McCarthy of Bandon Mart.

McCarthy said that exporters are keen to purchase calves, as the ship carrying calves to Spain and the Netherlands is travelling on a more regular basis.

In early March, a lack of ship activity had a negative impact on the calf trade, as the lack of voyages caused by difficult weather conditions knocked €10 of the value of Friesian bull calves.

The export market is a vital market for the calves sold in Bandon Mart, McCarthy said, as approximately 65% of all calves sold are Friesian bulls.

McCarthy also said that the dry weather over the past week resulted in more farmer activity around the ring, with farmers paying €140-200 for the better quality British Friesian bull calves.

There was also an increase in the demand for the export type calf in Macroom Mart on Saturday, according to the Mart Foreman Tim McSweeney.

However, despite the increase in shipper activity, he said that calf prices remained similar to last weeks levels.

The smaller number of calves on offer in Kilkenny Mart on Monday helped generate a good trade, according to the Auctioneer George Candler.

But, unlike the venues in Cork, Candler said there was very little exporter activity and as a result the poorer quality Holstein Friesian bull calves sold from €20-60 each.

Calf trade round up:

The number of calves on offer in Bandon Mart on Monday has yet to reach its peak, according to the Mart Manager Tom McCarthy.

McCarthy said that calf throughput remains at similar levels to last year, but the prices being paid for Friesian bull calves is down by €40/head on the same period in 2015.

On Monday, the plain-type Friesian bull calf suitable for export sold from €70-120 each, up €30 each on the previous week, while the better-quality British Friesian lots traded from €140-200 each.

McCarthy said that the continental and early-maturing calves remain in good demand from farmers, with continental calves selling from €350-500 each.

He also said there was no difference in the prices being paid for either Hereford and Angus bulls or heifers. The lighter types made between €200-270 while the better-quality lots traded to a tops of €350 each.

There were 600 calves on offer in Macroom Mart on Saturday, according to the Mart Foreman Tim McSweeney.

According to McSweeney, calf prices were at similar levels to the previous week, despite in an increase in demand from exporters and farmers.

He said that Friesian bull calf suitable for shipping to the Netherlands traded from €55-80, while the better quality calves destined for Spain made €80-110 each.

He also said that the number of Angus and Hereford calves being sold has increased in recent weeks, with the bulls selling from €170-340 each and the heifers trading at €150-300.

Candler said that continental calves were met with strong farmer demand, with the continental bulls trading from €300-420 each, similar type heifers traded  from €200-350.

He also said that farmers were keen to purchase the Angus, Hereford and British Friesian calves.

However, the plain type Friesian bull calves were difficult to sell, he said. These lots sold from €20-60 each, while the better-quality British Friesian bulls made €120-250. 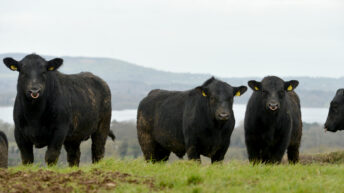