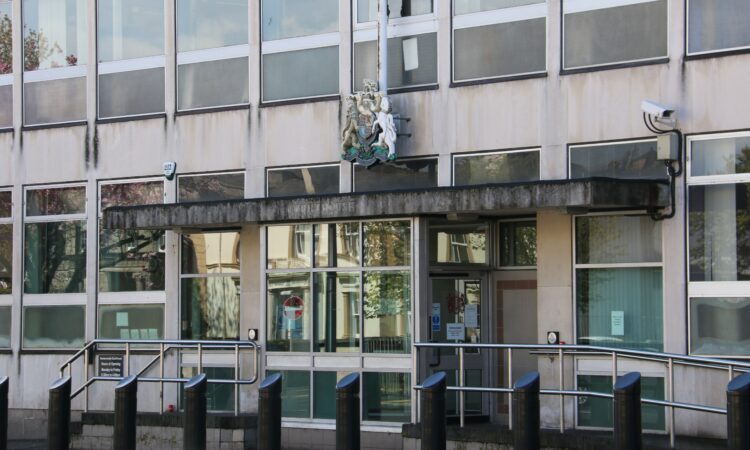 A north Down farmer found guilty of stealing five pedigree heifers from a neighbouring farm and fitting them with his own herd’s ear tags blamed an intruder for the incident.

At Ards Magistrate’s Court last Wednesday (May 16), 41-year-old Wesley Henderson, of Millbrooke Road, Bangor, contested a total of 15 charges brought against him.

The prosecutor told the court it was agreed between the defence and prosecution that five pedigree calves from the adjacent farm belonging to award-winning Holstein breeder Nicholas McCann had gone missing.

Court heard that the animals were found soon after by the Department of Agriculture and members of the McCann family in a shed in Henderson’s farm, with new ear tags.

Henderson – who is from a well-known farming family – was the only player called to give evidence in the witness box.

‘Broken through the fence’

He told the court a number of cows from a neighbouring farm had broken through the fence and he had returned them.

He said the first time he became aware that the five heifers in question were on his property was when he went to a cowshed where his neighbour and members from the department were standing.

Henderson said he had no idea the pedigree calves were in his shed and denied putting the tags into their ears, adding he was about to perform TB tests on his herd and the nature of the animals’ damaged ears from tag tampering meant they would have been rejected.

He told the court he would have made no money from them.

His lawyer put it to him that the only possibility remaining was that some else placed the cows into his herd. He replied: “That’s correct”.

Henderson submitted a CCTV still from the shed, showing a figure he said he did not recognise.

He told the court the figure was not given permission to be in the shed at the time. Henderson said in the run-up to the incident the Department of Agriculture had received a number of anonymous calls claiming he had made various breaches of practice.

One erroneous complaint of pollution was described by police as “malicious”, he explained.

“I am very particular about new stock introduced to my farm. They were valueless to me due to the damage on their ears,” he said.

The prosecutor put it to him his cows were worth £500, whereas those belonging to his neighbour – a well known Holstein breeder – were worth £2,500 each. Henderson denied this evaluation.

The prosecutor asked him why he told the department officials and McCann family members at his shed that all the cows belonged to him. He replied he had not looked at all of the animals.

The prosecutor then asked him why he admitted to interfering with ear tags to the department official and claimed “it’s just the farming way”.

Henderson said it was a “distressing time” and “there was a misunderstanding”.

The prosecutor put it to him that his farm was “a rabbit warren”, and that the alleged intruder would have had to have known the exact location where his herd ear tags were, would have taken the cows into his shed, and then removed McCann’s ear tags and replaced them.

District Judge Amanda Brady in summary said the evidence against Henderson was “overwhelming” and added his crimes were a “concerted effort” that required “a degree of forethought and planning”.

She convicted him on all 15 charges, and adjourned the case to June 12, pending the preparation of sentence-specific reports. 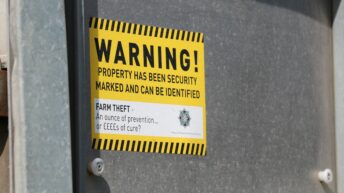