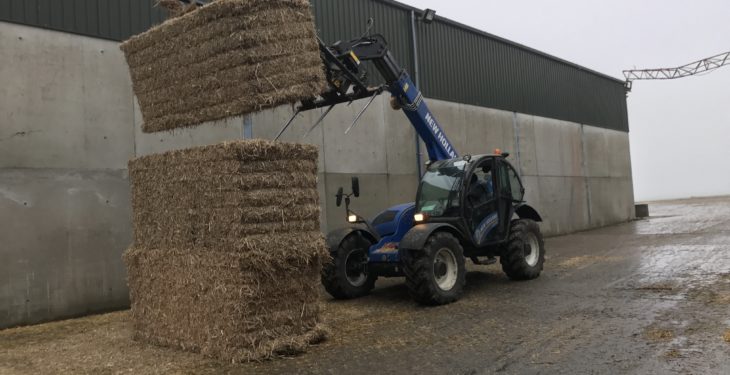 The Owens brothers are part of a family which has been trading straw for three generations from their farm outside Athy, Co. Kildare. The yard is the envy of many farmers in the country, as there is straw on the turn of every corner.

Francis, Diarmuid and Gavin continue to trade straw to all counties of Ireland today, but not as we know it. They trade in ‘Straw Chip’, bales, pellets, logs and crumb. The products are used for both feeding and bedding.

“In the 1970s we were bringing two loads of straw to the mart in Ballina on a Monday; another load on a Tuesday and bags of rolled barley as well. We did that for 25 years,” Francis explained.

The tillage farmers have added value to their product to make their tillage farm viable and they now employ four permanent staff, apart from themselves, and take on 10 staff in the harvest time.

Diarmuid explained how the business began: “One year we had a lot of straw that we needed to sell and we had no market for it. After a lot of soul searching, Straw Chip is what we came up with.”

The fact that small square bales were disappearing opened up a market for a “handy” product for customers who don’t use large quantities of straw. Other sectors also needed an alternative to straw. The products are now for sale in 200 shops across the country.

“All sectors are growing. The dairy market is growing. There are more cows obviously, but a lot of farmers aren’t happy with what they’re using. They’re guaranteed low moisture and less bacteria with Straw Chip. Animals are healthier.

A lot of horse owners have small operations. They don’t need large quantities and it can be hard to source straw in small quantities; unless you’re in a strong tillage area.

The brothers will deliver Straw Chip by the lorry load to the large poultry farms or by courier to the person with a few hens in the back garden. 55 bags of Straw Chip will bed 25,000 chickens for six weeks.

Straw Chip is created when bales – at a moisture content of less than 15% – are ground and the dust is extracted. This Straw Chip is then bagged for easy and tidy storage.

“Straw is typically coming in at 12% moisture from the field and that’s where we want it to be. It must be below 15%. We probe every bale going to the grinder.”

Once straw goes into the grinder it is passed through a sieve. Dust is extracted and the straw is weighed. A stationery baler bales the straw before being bagged and palletised.

There are three main products in the Straw Chip range. ‘Straw Chip’ is made from wheat straw, ‘Rapid’ is made from oilseed rape straw and ‘Mi-bed’ is produced from Miscanthus. Straw Chip was the first product in the range and is also the best selling.

No part of the product is left unused. The dust is extracted from the chip and used to make pellets and logs. The pellets are used by many farmers as a fibre source, usually added to a diet feeder. The logs are most commonly used as bedding.

Where does the straw come from?

“It’s our own straw and we buy straw locally. We buy straw on the flat and in bales from local farmers and from around the country. We had straw from Co. Wicklow and Co. Wexford this week.”

Straw is in big demand this year. The Owens say they have enough straw to run the plant from their own straw and their usual suppliers.

The regular suppliers are still able to supply us, but in reduced volumes. So, we have enough straw for our own requirements.

As straw supplies are tight this year, the brothers had to look further afield to supply their straw bale trade and are importing straw from Spain and France.

“We’ve always traded straw. We have organic straw coming in from the Limousin region in France for an organic farm in Co. Donegal. That straw goes out direct. There’s no processing on it.”

Just as AgriLand arrived, a lorry load of straw had been delivered. The bales on board were 8X4X3, which had been condensed to a size of 4X4X3. These bales were being loaded onto pallets and wrapped in film to be sent to Co. Kerry.

The brothers are also selling finely-chopped straw, which has been compacted and tied with wire. This straw is proving popular for use in diet feeders. 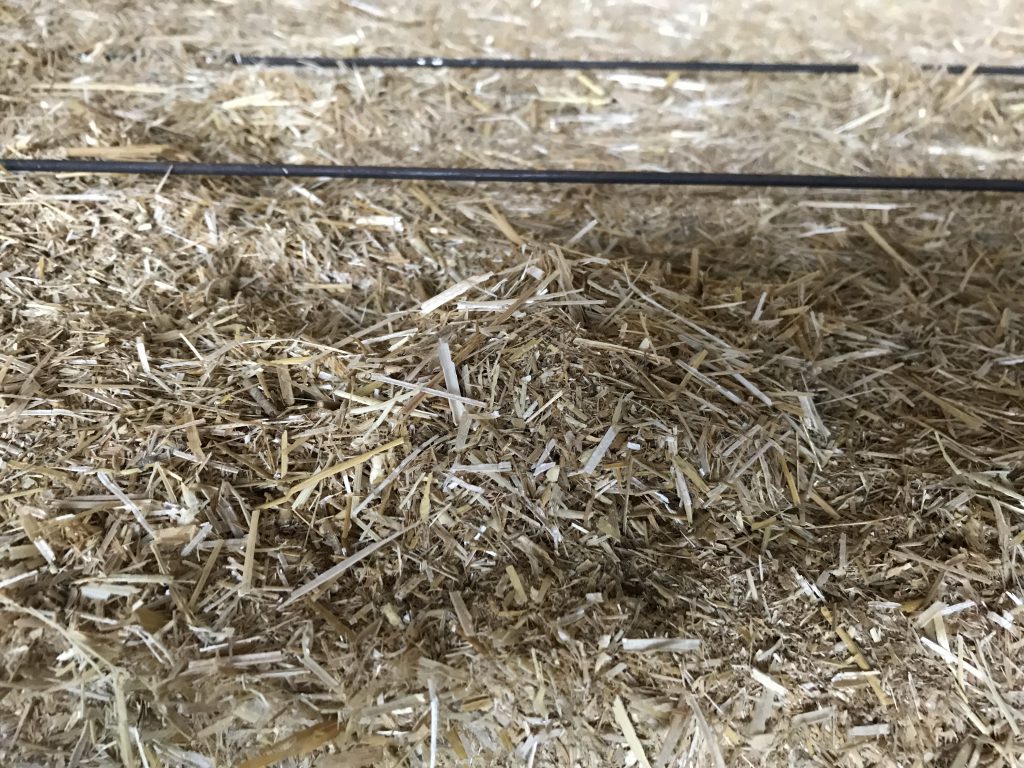 AgriLand visited the Owens when winter wheat was being drilled in the autumn. Francis is happy with how crops are looking at present.

“They’re fairly good in general. Crops look well. We’re happy enough with ours. We’ve hardly any bare patches. There’s been good growth over the winter and temperatures haven’t been too bad.” 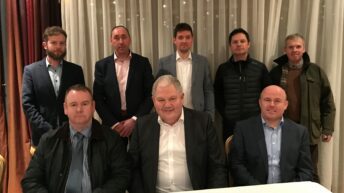 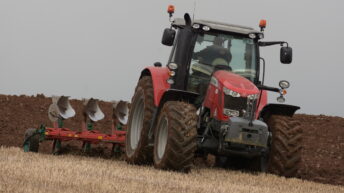