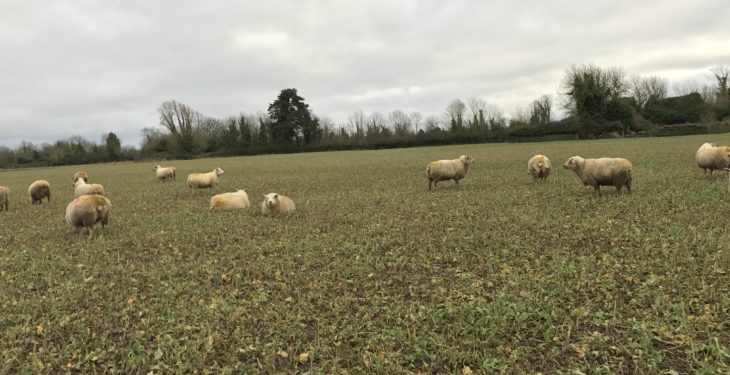 Forage crops have been grown for a number of seasons in UCD Lyons Research Farm, but this year has been the most successful.

Why? It’s down to early establishment and the control of volunteer cereals. 8ha of Redstart has finished 200 lambs and set the flock’s ewes up for the lambing season.

Stephen Lott told AgriLand that a total of 200 lambs were finished on Redstart; the last lambs went to the factory on the week of December 11. 255 ewes began to graze the remaining crop on December 1 and will be housed following scanning on December 27.

Redstart is a hybrid brassica. It’s a mix of fodder rape – which supplies rapid growth – and its kale genes provide the crop with winter hardiness.

Lott stated that sowing early after a crop of wholecrop wheat provided a great start for the forage crop and resulted in full establishment.

“This is the first year we sowed it in July. We’ve sown it after winter barley in other years, but if the year is late you could be late harvesting the barley. Depending on conditions, straw could lie on the field for a week and then the bales have to be collected. You could lose a week or a fortnight.

Those two weeks in July are worth nearly a month in August.

“It makes a big difference to get it into the ground in July, get it established and have no volunteers. 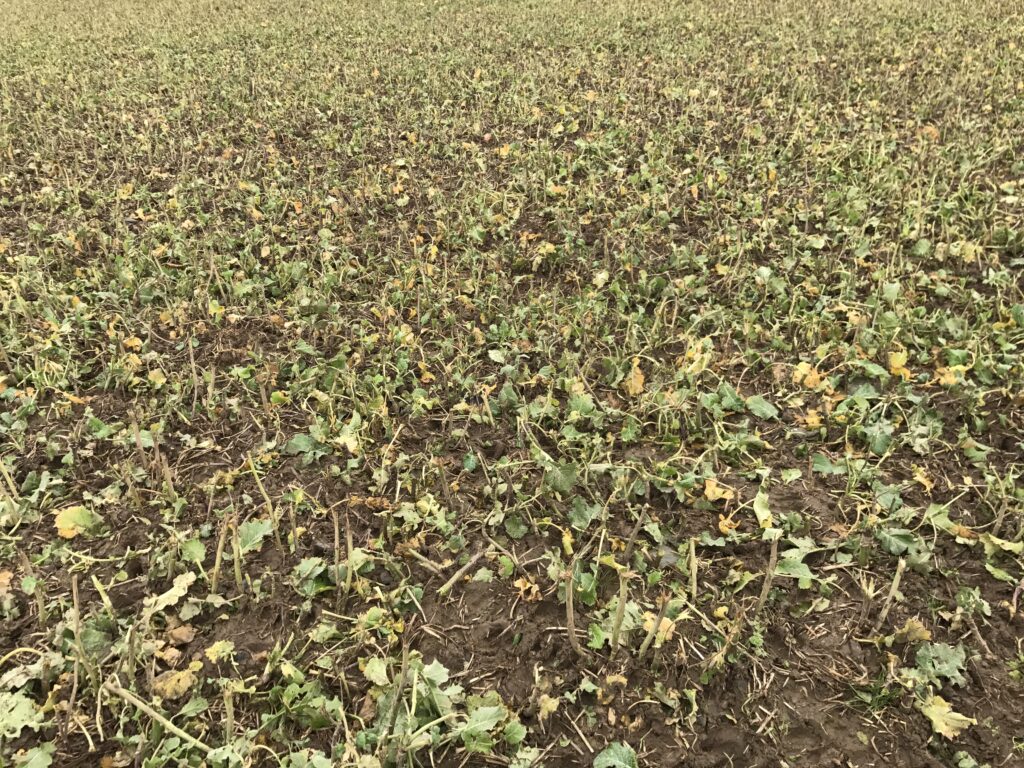 Volunteers have proved problematic in the past. Lott said that sowing after wholecrop avoided the establishment of volunteers from grain that came out of the back of the combine.

“The biggest thing that we found was that we had even emergence all across the field. Other years we could have wrote off the headlands and where the straw was – especially if you had a heavy crop of winter barley. A lot of volunteers came up where the straw lay.

Volunteers can be a problem with these crops and that’s why we went in after wholecrop.

“In other years, there were lines going up the field with nothing but volunteers. When you’re discing and fertilising you’re encouraging a seedbed and feeding the volunteers. They really take off. The forage crop doesn’t get any chance.”

Although the yield was high, Lott thinks that a small bit more fertiliser could have pushed the crop further. 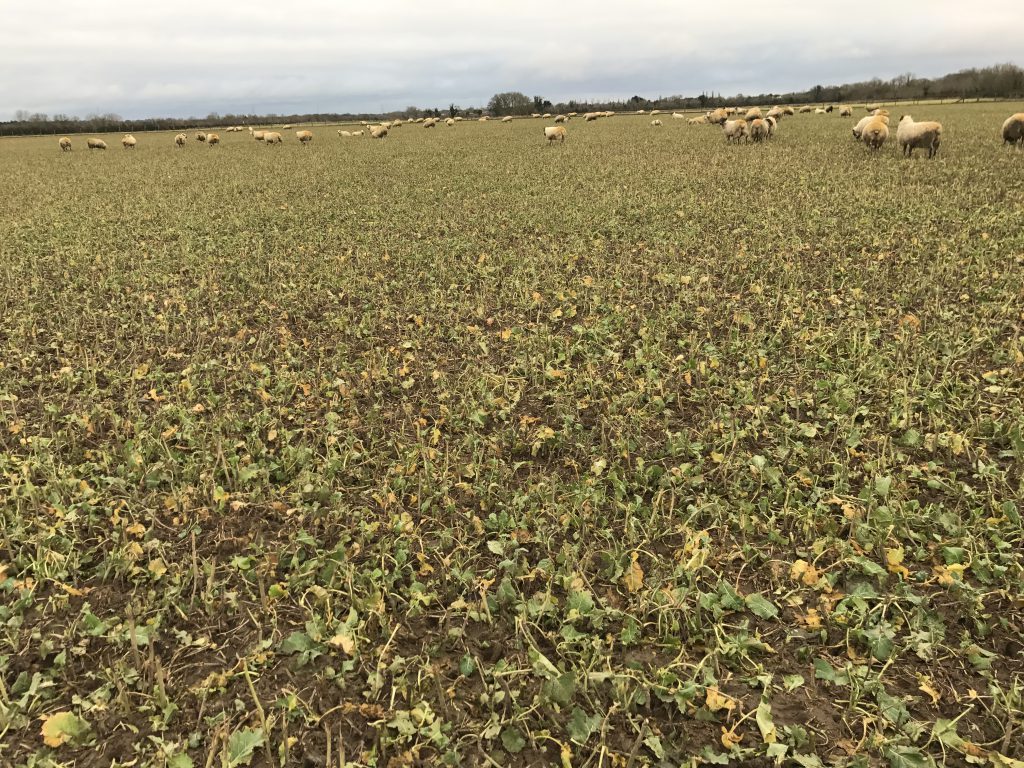 “We could have probably pushed it a bit more and got higher than 4.7t DM/ha with a small bit more P (phosphorous) and K (potassium).”

The 8ha field was divided into four paddocks. The paddocks were closed off following grazing to allow the Redstart to grow leaves again. The crop was being utilised to its full potential. Conditions were also dry under foot.

We had it divided into four sections for the lambs. The lambs went through the four paddocks. The paddocks were closed off and – when they finished in the last paddock – they went back to the first section.

“We didn’t let the lambs eat the regrowth. Once they had the leaf gone we didn’t let them touch the stem to allow the leaves to regrow. We felt that if they ate the stem we wouldn’t have the same level of regrowth.”

The ewes grazed the third and fourth paddocks until the lambs were finished. The divisions were then taken out of the field.

The images below show the first paddock which had been grazed by the lambs and the third and fourth paddocks which the ewes have been grazing since December 1. The ewes are now grazing all 8ha.

The forage crop has kept the sheep out for an extra month and saved on time, labour and feed.

“They’ll go into the shed on December 27 and we’ll shear them. These sheep have been on this for a month and this will set them up for the winter.

The ewes will get very little meal in the shed because this is after putting the condition on them and they can lose that little bit of condition if they want.

“The singles and the repeats that are on this will get grass silage and that’s it. They’ll get some soya bean meal three weeks before lambing to up the protein percentage.

“Other than that they won’t get anything and in the last number of years they haven’t got concentrates,” he said.

If we didn’t have this Redstart these ewes would be housed. We’re saving a month of housing at this time of the year; a month of extra labour; and we’re saving on our meal bill.

Lott said that he will let some of the repeats out on the regrowth again in March to make room in the shed at lambing time.

“They can graze off what’s left on it. We had intended shearing in September this year. However, because we were changing over the flock, we didn’t get them in in time and September was a cold wet month. If they were shorn in September we could leave them out a bit longer.

The facts and figures: 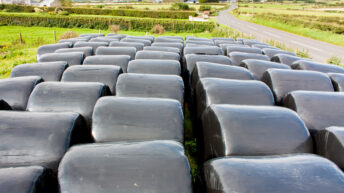