Focusing on calf weight targets and results in Co. Kilkenny 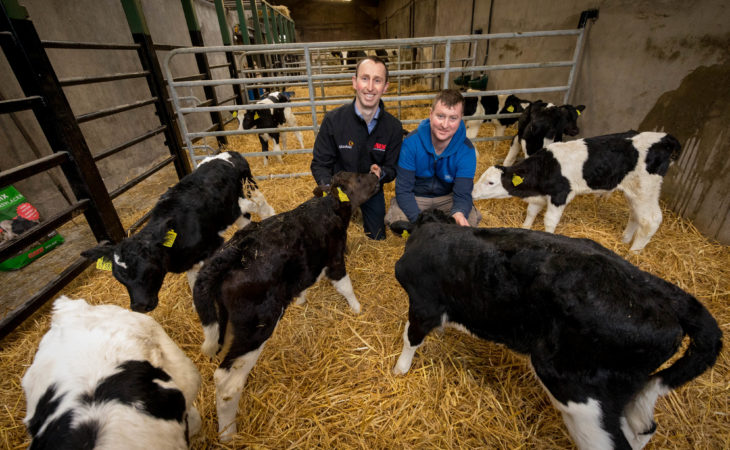 All calves are retained and reared. Over the last two years, the Fitzpatricks felt that their herd had more potential and they were willing to make changes.

Accelerated growth (higher daily weight gains) in early life was something they felt could reap great rewards in the future. What’s more, these rewards would be achieved with only a minor investment.

Colin works with the Fitzpatricks on the Feed for Growth programme and calves are weighed on a monthly basis using a weigh band. The average birth weight of heifer calves born to cows is 43kg and 39kg for those born to first-parity animals.

Calves receive 3-4L of colostrum within the first two hours of life using a bucket with a teat. They remain with their dam, in individual calving pens, until the next milking.

Traditionally, they used a 20% protein milk replacer. However, as the focus is on frame growth, they moved to a 25% protein powder. They now feed calves 6L of mixed milk daily, which includes 750-800g of GAIN Easi-Mix. 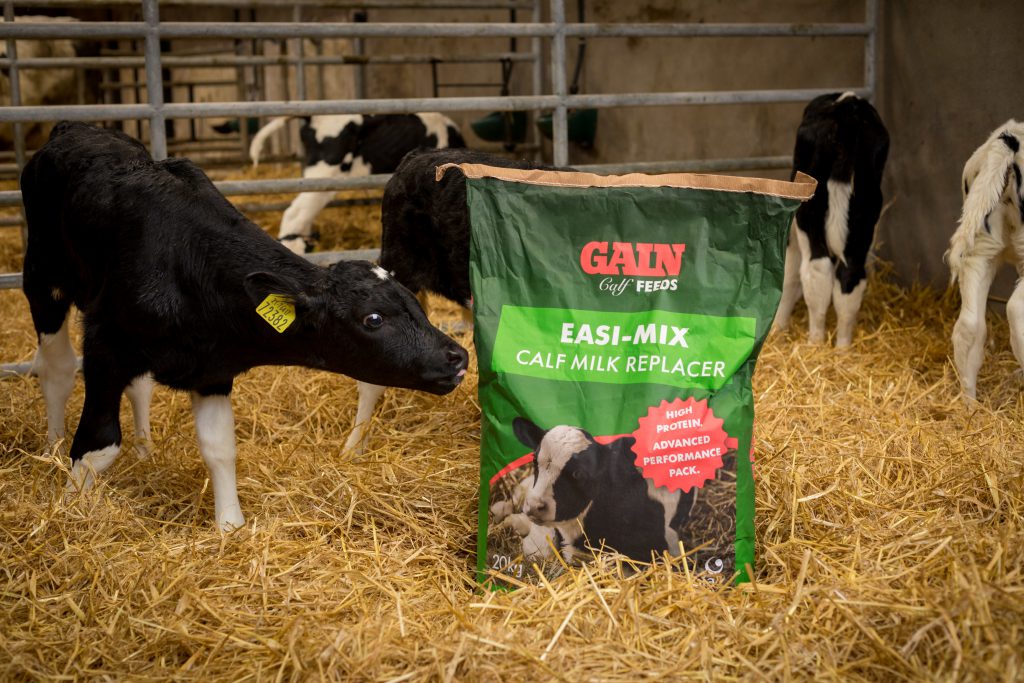 Initially, calves are in groups of 10. But – after two weeks – some groups of 30-40 are created to make better use of shed space. All sheds are straw bedded.

Colin said: “GAIN Easi-Mix has the highest nutritional and health attributes, thereby delivering the maximum performance in calves during the critical birth-to-weaning period.

Calves can be fed Easi-Mix from day one. It contains Digest VO® and BioMos®, which help to support immune function. Gardion® is added to aid immunity and performance.

GAIN Startacalf is introduced at a few days old. Once eating approximately one handful each, they are moved onto GAIN Goldgrain nut. Fresh water and clean straw are available at all times.

Calves are weaned once they reach 80kg and are eating over 1.25kg of meal per day. GAIN Goldgrain is fed for two-to-three weeks post weaning. They then move onto 2kg of 16% GAIN Wean and Build nut, which is upped to 4kg/day before going to grass.

Touching on animal health, Ned said: “The entire herd is vaccinated during the year for leptospirosis, BVD, salmonella, IBR and blackleg.

“In the past, scour was a problem in late-calving cows. For this reason the last 20-30 cows receive ‘Rotavec’ three weeks before calving. Calves are dosed with Bovicox, which is crucial in preventing the onset of coccidiosis before calves are turned out to grass.” 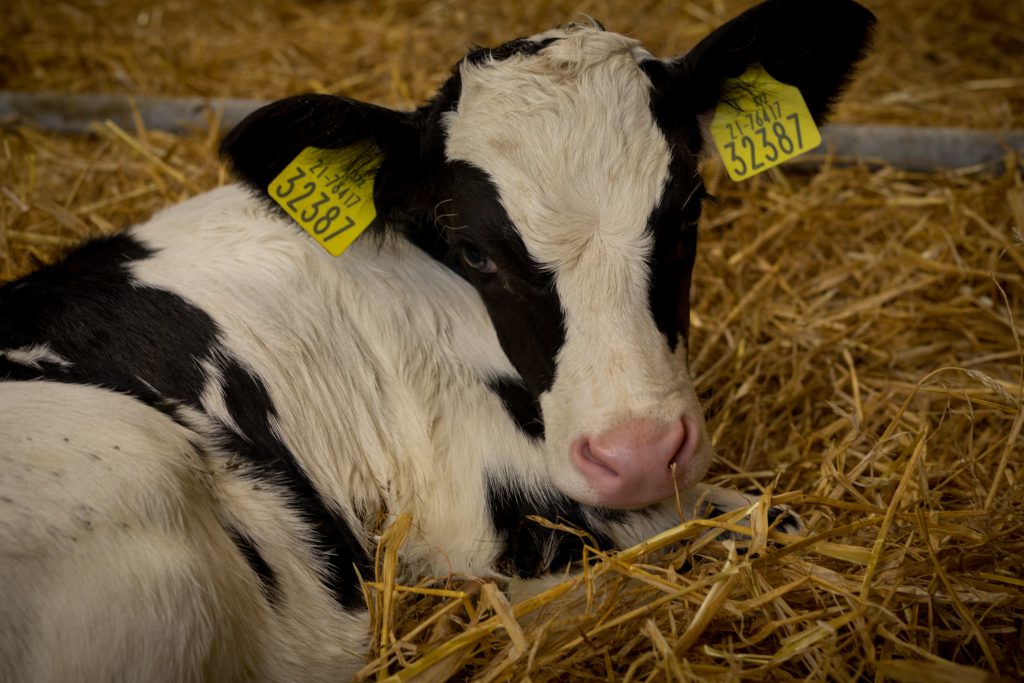 The Fitzpatricks heifers surpassed their weight targets during the grazing season. They are off nuts from June 1 until the end of September.

The lightest heifers weighed 290kg in December. Knowing that the target weight for breeding in April was 350kg (60% of 580kg mature cow weight) meant that it was not necessary to achieve high-growth rates while housed.

Less than 0.5kg of daily liveweight gain during the winter period would have resulted in them hitting the target. Silage quality was good, so minimal supplementary feeding was required.

This helped reduce the feed bill considerably and more than covered the extra bit of feed offered to the young calf.

The Feed for Growth programme continues to help focus Eddie and Ned on the smaller details that result in a strong and healthy batch of heifer calves being produced each year.

They believe that one of the biggest benefits in using GAIN products is the notable increase in performance of their herd. The calves perform much better on the 25% protein milk powder in the first two months and double their birth weight. Click here for more information