Flying through audits and pedigree breeding in Co. Carlow

Hazel Thompson farms alongside her husband James in Ballyraggan, Co. Carlow. They run both a commercial and pedigree herd, namely Ballyraggan Herefords, as well as some tillage.

The majority of the cows in the commercial herd are calved down in the spring; their offspring are sold as strong weanlings.

The pedigree Herefords start to calve down in July and continue to calve over the autumn months. The pedigree bulls are generally kept until they are 18-20 months and are then sold off as breeding bulls. The pedigree heifers are kept or sold depending on market demands.

Making the switch to Herdwatch

Farm paperwork was always an issue on the farm. The task usually fell on Hazel’s lap, who couldn’t dedicate sufficient time to it as she works off farm as well.

The husband-and-wife team researched many software packages, but couldn’t find any that were easy to use and value for money.

That was until James came across Herdwatch at the National Ploughing Championships in 2015. They signed up to Herdwatch there and then and were able to get their animals details downloaded onto the app straight away. Since becoming members, they haven’t looked back.

Hazel said: “In the beginning, I was skeptical but after I did a few things on Herdwatch I found it very handy.” 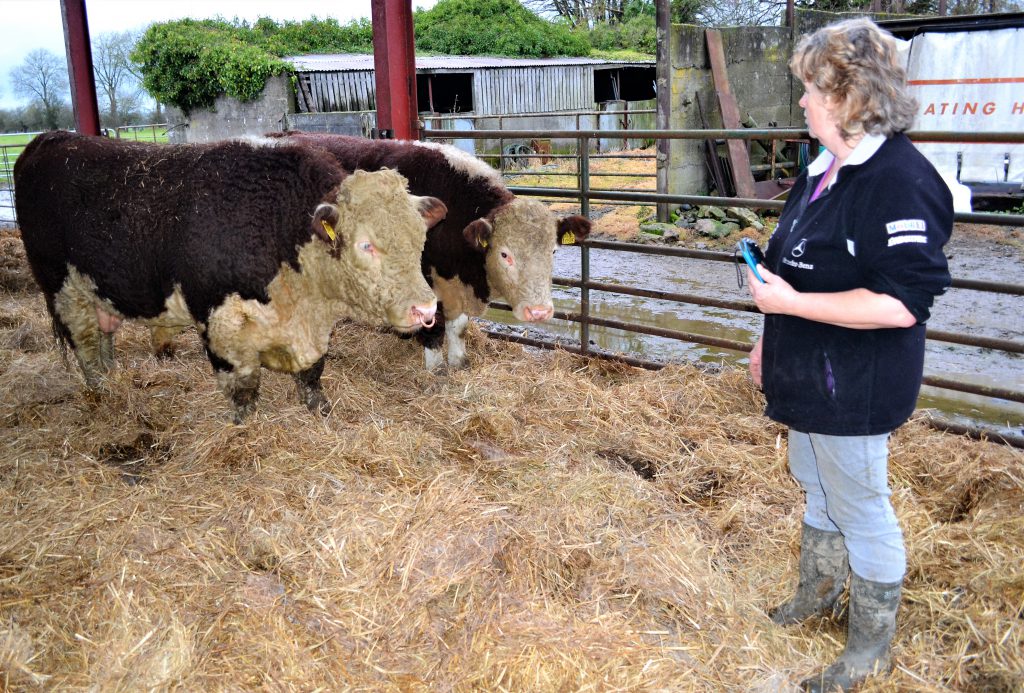 Last year, Hazel and James had their first Bord Bia inspection since they started using Herdwatch and they found it made things very simple.

When the auditor said he was coming, I was able to print off the reports from Herdwatch the night before and, on the day of the audit, he flew through the reports.

Looking back on the changes since writing everything out by hand to using the Herdwatch app, Hazel said: “You can input twice as much in Herdwatch in half the time and the system has all the withdrawal periods.”

As a pedigree breeder, Hazel finds Herdwatch great for registering the pedigree calves and getting the animal details on the spot. 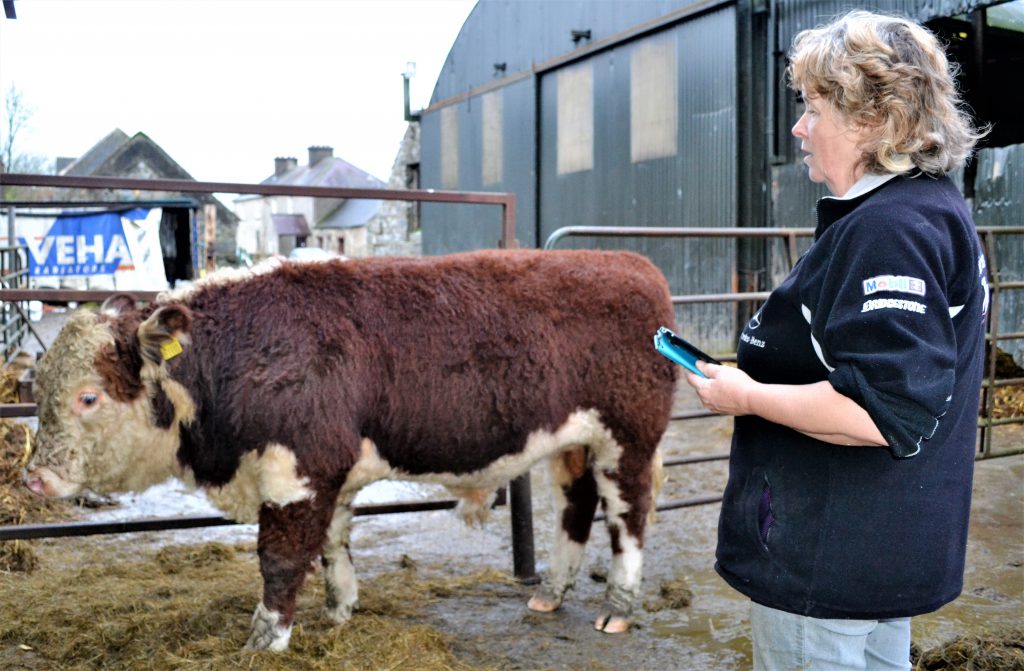 “Due to the fact that we have the pedigrees, I can input the pedigree name for each calf when registering them – we find it very handy for that.”

Ease of calving can easily be checked when it comes to selling and breeding the pedigree bulls. It’s a ‘precision match making’ at its best.

“We have three stock bulls on the farm. Prior to breeding – if I see a good calf from a certain cow – I can use Herdwatch to check which bull the calf was sired by and arrange to let that particular cow back to that bull.

I can also easily check if I had a difficult calving with one of the cows and I can make sure she is not allowed back with the same bull.

Hazel would be the first to admit she’s not the best on the smartphone and finds it great that she can also use Herdwatch on her laptop. The information is also backed up to her phone automatically.

“I wouldn’t be the best with the phone, so I use the computer to input the remedies.

What I do find great is when you are standing in front of an animal, I can get all of its information there and then on the phone. I can see what it is bred by, the age and the last time it was dosed.

Hazel and James are part of a growing community of over 6,500 farmers using Herdwatch every day to manager their farmers and eliminate farm compliance paperwork.

You can try the Herdwatch FREE TRIAL by texting ‘frs HW114’ and you name at: 51444. Click here for your FREE TRIAL