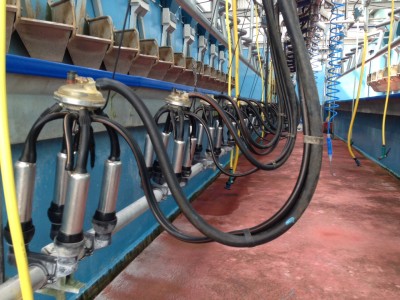 Despite high supplies so far this season the IFA says there are still reasons for co-ops to hold May milk prices.

IFA National Dairy Committee Chairman Sean O’Leary has said that recent reports from France Agrimer and Germany’s ZMB suggest that milk supplies for the January to mid-May period were significantly below last year’s level, by 2.45% for France and 2% for Germany.

He said that as those two countries alone account for over 40% of all milk produced in Europe, this is an important indication that the expected ‘wall of milk’ in post-quota Europe had yet to materialise.

He added that with major droughts in California and an El Nino event declared for Australia that could also affect New Zealand supplies, the global supply/demand balance could tip over sooner rather than later.

He urged co-ops to bear this in mind, and to continue to support milk prices at least for May milk.