Fine Gael votes in favour of Programme for Government 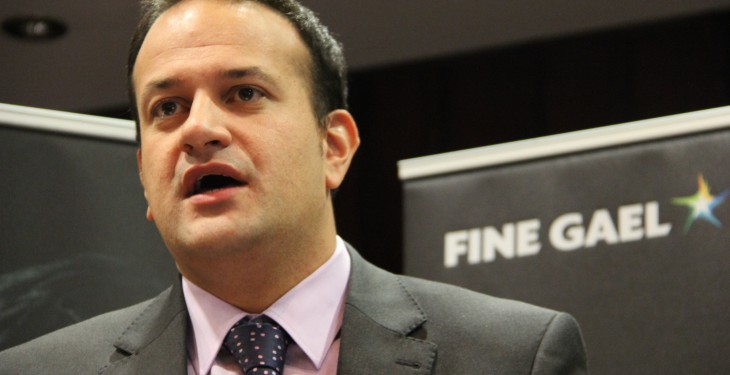 Fine Gael has voted in favour of the proposed Programme for Government.

The result was announced shortly after 4:00pm today (Friday, June 26).

Overall, 80% voted to approve the Programme for Government. However, within the parliamentary party the level of support was even higher; 90% of TDs and senators voted in favour. 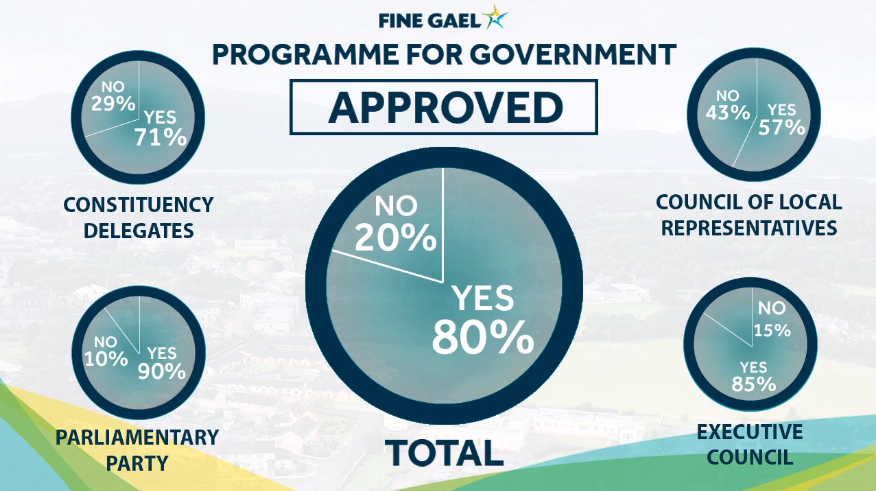 We now await the result of the ‘counts’ from both Fianna Fáil and the Green Party. These are expected later this evening.

If the Programme for Government is passed by Fine Gael, Fianna Fáil and the Green Party, it is expected that this will pave the way for Fianna Fáil leader Micheál Martin to be elected as Taoiseach at a special sitting of the Dáil in Dublin’s Convention Centre tomorrow (Saturday, June 27).

Fianna Fáil has already embarked on the ‘count’, with a result expected at or around 6:00pm. Meanwhile, the Green Party ‘count’ kicked off after its polling window closed – at 12:00 noon today (Friday, June 26). The result of that vote will not be known until this evening – possibly between 6:00pm and 7:00pm.

It’s worth noting that each party has employed a different approach – in determining whether or not to approve the proposed Programme for Government.

Fine Gael had, perhaps, the easiest task to get the Programme for Government over the proverbial line.

Unusually, Fine Gael had just 700 votes to count – notably fewer than either Fianna Fáil or the Green Party. This is due to the structure of its ‘electoral college’ system.

Votes from TDs and senators make up 50% of the overall ‘weighted’ votes. The other 50% are accounted for as follows: constituency delegates (25%); councillors (15%); and the party’s executive council (10%).

A simple majority vote (from the electorial college of 700 votes) was needed to approve the Programme for Government.

Within Fianna Fáil, 14,500 members were eligible to vote on the proposed Programme for Government. The approach is straightforward – ‘one member; one vote’. A simple majority is needed.

Fianna Fáil has, by far, the largest number of votes to count.

The Green Party has – it seems – the toughest task to secure approval from its membership for the Programme for Government.

A two-thirds majority – from almost 2,000 of its members that were eligible to vote – is needed. That threshold is notably higher than that for either Fine Gael or Fianna Fáil.

It’s worth noting that significant opposition to the Programme for Government – and the prospect of a coalition with Fine Gael and Fianna Fáil – was evident within the Green Party. Three of the party’s 12 elected TDs embarked on an intense campaign against the proposed coalition – apparently led by Dublin Central TD Neasa Hourigan.

Stay tuned to AgriLand for ongoing updates, as they emerge…

EU allocates just over €40 billion for direct payments for 2021