Established in 2006, the Altamont Aubrac herd has grown to be one of Ireland’s top pedigree herds.

Owned by partners Leo Dooley and Bridget Barron, the herd experienced on of its most successful show seasons this year; victories were recorded at the Tullamore, Tullow and Tinahely shows.

Key to the success of the herd has been the addition of choice genetics from some of the top Aubrac herds in France.

Leo explained: “Our first visit to Sommet de l’Elevage in France was in October 2011, where we purchased a powerful maternal bull called Aveyron.

“Sired by Chardaire, he was a really nice bull with great temperament and a very good bloodline.

One of his daughters, Altamont L’image, was a first prize winner and reserve champion in both the Tinahely and Tullow shows in the maiden heifer section.

Bridget continued: “We returned to France in 2014 on another tour organised by the Irish Aubrac Cattle Breed Society.

“This time we spent a few days in Paris, which we thoroughly enjoyed, before we travelled by train to Clermont for the Sommet de l’Elevage livestock show. 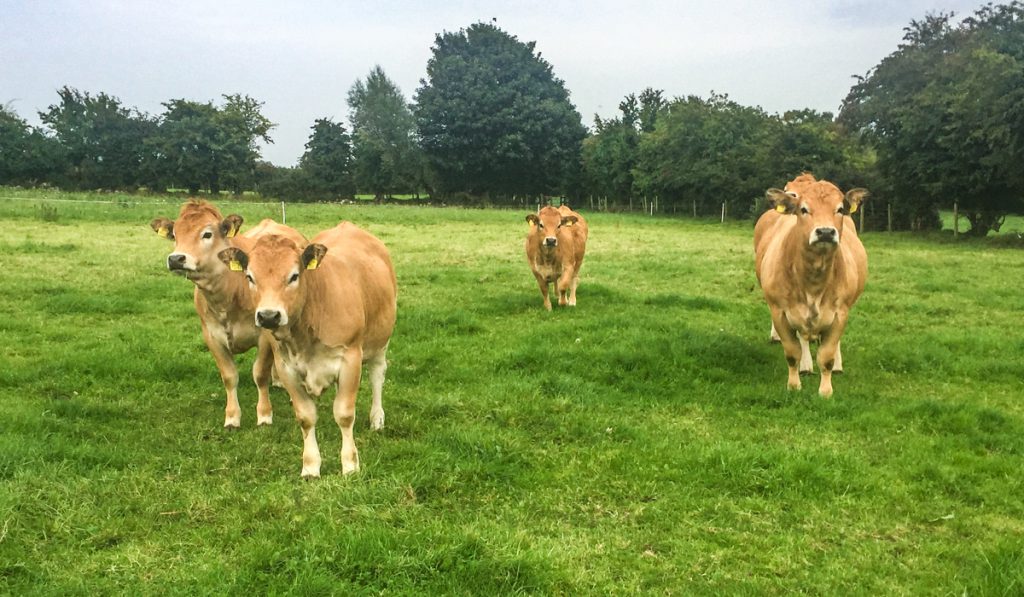 “Aubrac was the main breed on show that year and some of the country’s top bloodlines were exhibited and traded.

“We were successful in the purchase of a maiden heifer and an in-calf heifer. The maiden heifer, named Image, was 21-months-old and was sired by Escloupeto INS; her dam was Fortune RVS.”

“The in-calf heifer, Histoire, was 30-months-old and was in-calf to Castagnou and was sired by Capitaine RVS.”

Despite some lively competition from French and Swiss buyers, Bridget said they were happy with their purchases. 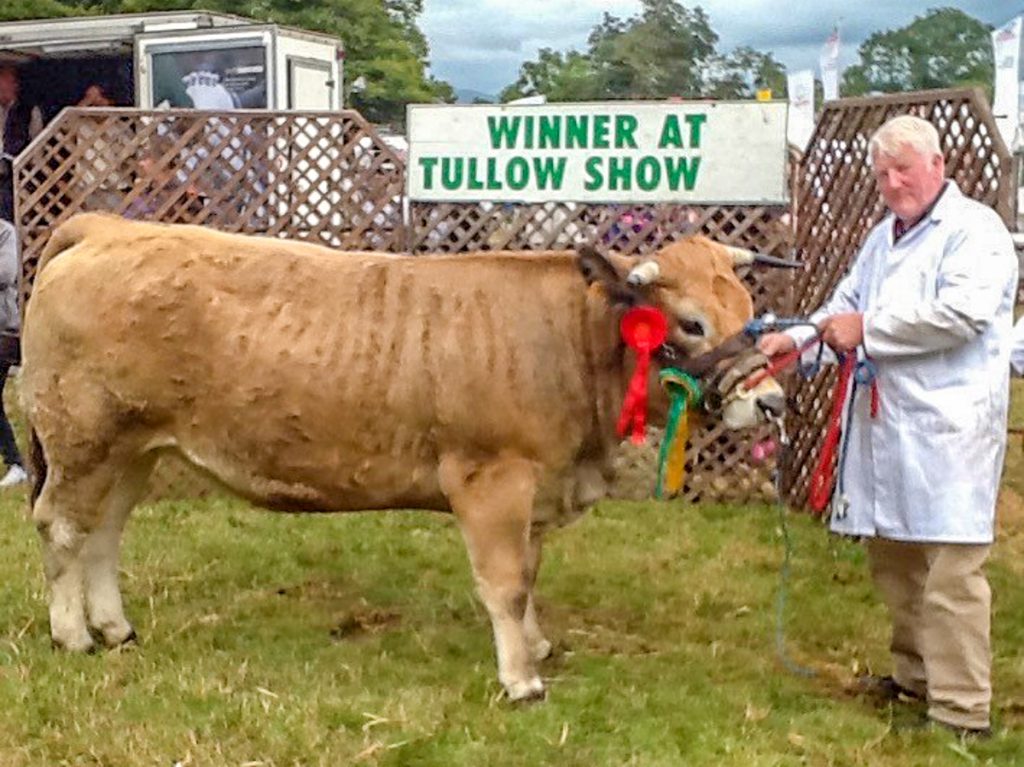 “We purchased the heifers on their bloodlines and physical characteristics. It was a great experience at Sommet de l’Elevage and it’s a real showcase for the best of French cattle.

“We are very happy with the stock we purchased – Aveyron, Histoire and Image – at Sommet de l’Elevage.”

A ‘one in a million’ cow

Histoire has proved to be a exceptional purchase and her progeny are excelling in the showring.

“Histoire has been flushed twice to good effect and some of her progeny were exhibited at this year’s Tullamore Show,” Leo explained.

One such heifer is Boley Rock Lilac, who was tapped forward as the overall champion in Blueball, Tullamore, Co. Offaly earlier this year. 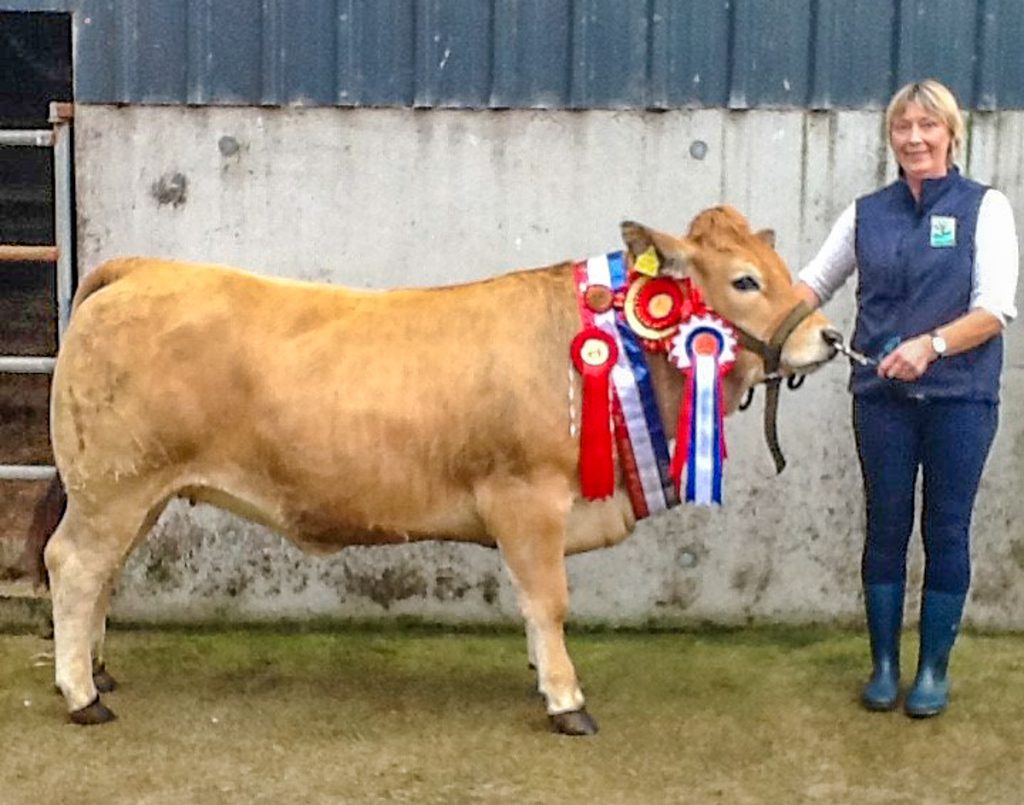 Owned by Angela and Dermot Kehoe, the ET daughter of Histoire is sired by Hertier. A heifer produced by the same mating, Altamont Lola, took second spot in the maiden heifer class behind Lilac.

Prior to Tullamore, the daughters of Histoire took first and second place in the maiden heifer class at the Tinahely show; this time Lola was tapped forward in front of Lilac. 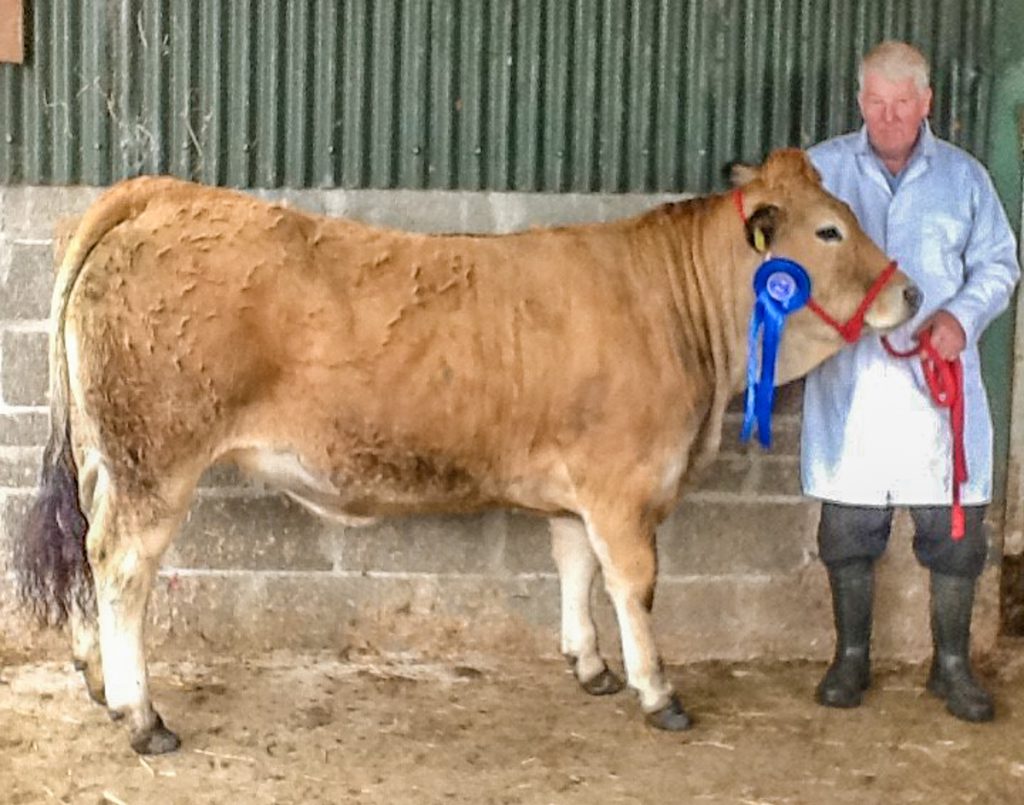 The same sire and dams’ progeny, Altamont Moonshine, claimed the red rosette in the weanling heifer class at the Tullamore Show.

When asked why they focused on breeding Aubrac, Bridget was quick to point out the benefits of the breed.

Aubracs are a very docile breed and are widely associated for their exceptional ease of calving; very hardy calves are born at 35-40kg.

“The cow’s milk is also excellent and it is very rich in fat. Aubrac cattle have excellent feed efficiency and kill-out percentages; bulls grade E and U at slaughter,” she said.

This year’s Sommet de l’Elevage show takes place on October 4-6 in the heart of the Central Highlands – the largest beef cattle breeding region in Europe.

The Livestock Summit or show is one of the main international trade shows specialised in livestock production. This year’s show will feature an entry of 2,000 elite animals (1,300 cattle, 400 sheep and 300 horses).

In total, 22 cattle breeds (dairy and beef), 26 sheep breeds and 16 horse breeds will be on show over the three-day event.

Commenting on their experience at Sommet de l’Elevage, Bridget said: “It was a great experience and, as a group, we all enjoyed the tour.

“We also visited a number of farms and the owners made us feel very welcome and showed us some of their lovely Aubrac cattle,” she concluded. 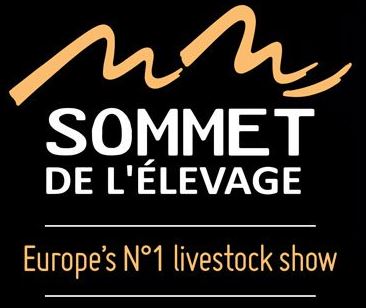