A farmer in the UK was forced to spread slurry in a field which had been taken over by between 150 and 200 illegal ravers, according to the Cambridge News.

David Rolls was reportedly left furious after police “stood around” as the illegal ravers partied in his field between the villages of Arrington and Longstowe, near Cambridge.

It is believed that a number of riot police and officers arrived on the scene at around 1:00am on Sunday, June 4.

The fed-up farmer, along with a friend, then reportedly used a tractor and slurry tanker to spread slurry close to where the revellers were partying in order to get them to move on.

Up to 30 police officers attended the scene; local police defended how they dealt with the situation following criticism from the farmer, according to the Cambridge News.

Rolls, who is a tenant farmer, had intended to cut hay in the field this year; now he doesn’t think it will be possible due to all the broken glass left behind by the ravers.

The illegal rave allegedly began late on Saturday night, June 4. Locals were awoken at around midnight to the sound of very loud music, which could reportedly be heard up to six miles away.

Meanwhile, this isn’t the first time a farmer in the UK has used slurry to deal with trespassers.

In April of last year, a farmer in Lancashire used a tanker of slurry to show his true feelings towards anti-fracking protesters who were trespassing on his farm.

Oscar-winning actress Emma Thompson was among the protesters who were making a stance against the field being used as a fracking site.

Police were reportedly called to the scene; the farmer had leased the field, which had been earmarked for gas exploration, to the fracking company. 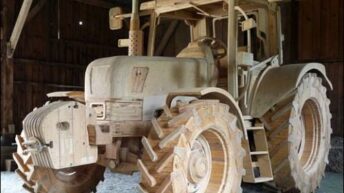 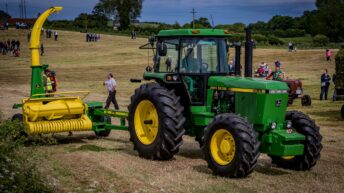